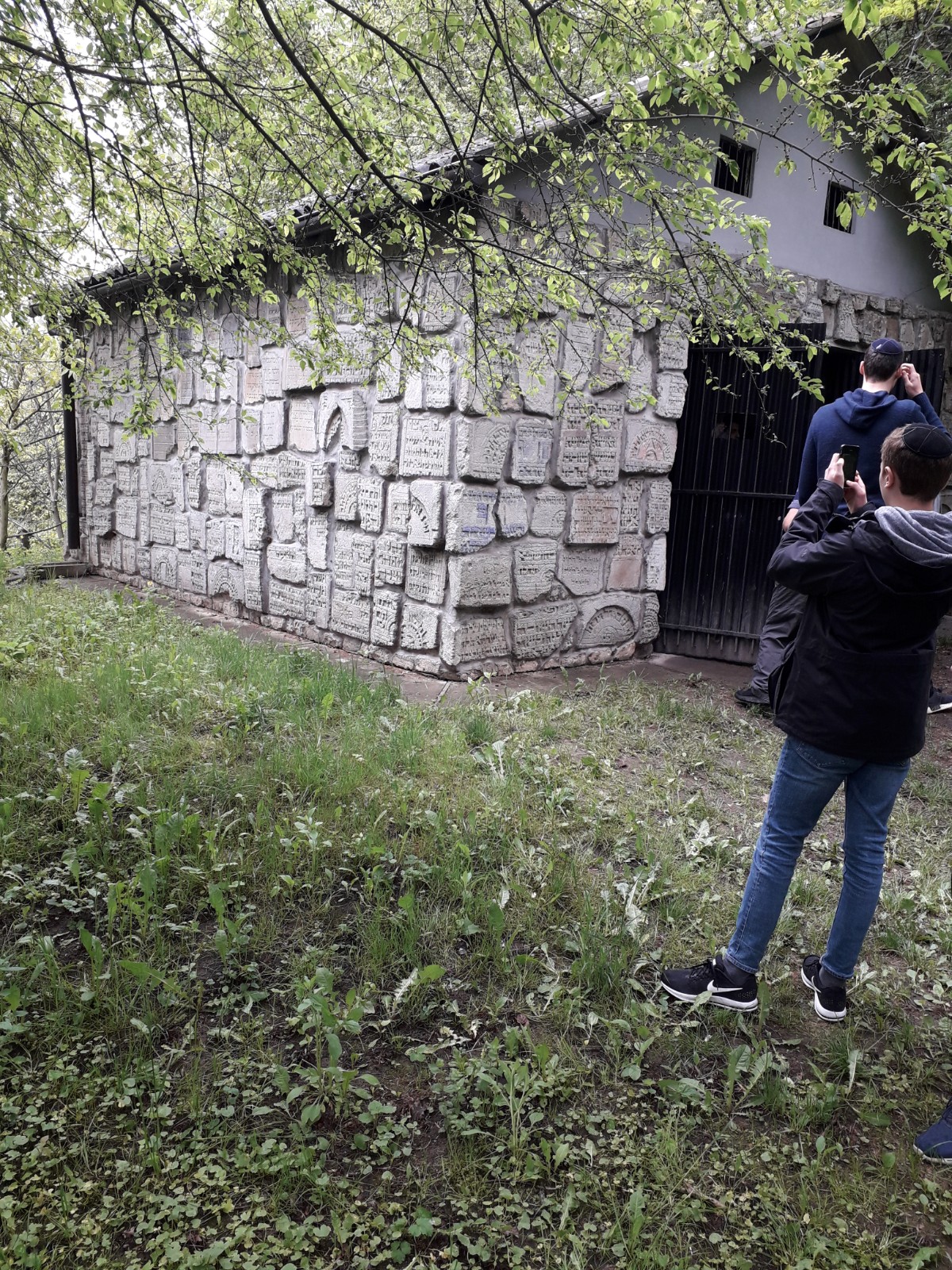 A couple of days ago my friend Yossi Fachler WhatsApp’ed me from Poland. He is currently there on a trip with yeshiva high school students visiting a range of Jewish heritage sites, and his messages included photos of their visit to Izbica, a small nondescript town near Lublin.

Today there are no Jews in Izbica; of the almost 3,000 Jews who lived there in 1939 just 14 survived the Holocaust, and they all relocated to Israel. But from the mid-nineteenth until the Nazis overran Poland, Izbica was unique in that it was inhabited almost exclusively by Jews, with gentiles making up less than ten percent of the town’s population.

Izbica was also the birthplace of one of Hasidism’s most unusual sects, and the seat of that sect’s enigmatic founding leader, Rabbi Mordechai Yosef Leiner (1800-1854).

Rabbi Leiner – known in the Hasidic world as “the Izhbitzer” – started out as a disciple of Rabbi Simcha Bunem of Przysucha. After the latter’s death in 1827 he joined the circle of his fellow Przysucha devotee, Rabbi Menachem Mendel Morgenstern of Kotzk.

But in 1839 the Izhbitzer had a dramatic falling-out with Rabbi and left him to form his own Hasidic sect centered in Izbica, attracting thousands of followers from across Poland and beyond.

I was introduced to the teachings of the Izhbitzer in my late teens by the iconoclastic Rabbi Shlomo Carlebach, who interspersed his concert performances with Hasidic stories and lessons.

Rabbi Carlebach focused heavily on the works of Breslov, particularly those ideas that diverged from the very conservative outlook usually featured in normative rabbinic literature. But even Rabbi Nachman’s most outlandish propositions paled in comparison to the ideas proposed by the Izhbitzer.

The Torah’s most prominent villains are presented as being righteous; stories you thought you understood are turned on their heads; and, most jarringly of all, everything that happens is the will of God, including sin. The Izhbitzer is so uncharacteristically counterintuitive for a traditional orthodox rabbi, it is hardly surprising that the publication of his works some years after his passing resulted in outrage and protest.

Today, all that that remains of the once vibrant Jewish community of Izbica is a cemetery. During the Holocaust years, the Izbica cemetery was heavily desecrated, and numerous headstones were looted for use by the Nazis to build a prison facility.

After the Shoah, with no one to repair the damage, the cemetery remained in a terrible state for decades. Then, in 2006, the embassy of the Federal Republic of Germany in Poland joined forces with the Foundation for the Preservation of Jewish Heritage to undo the horrendous damage. The prison building was demolished, and the rescued headstones were affixed to the walls of the Izhbitzer’s “Ohel” – the prayer chapel over his grave – a reminder that this spiritual giant was still a shepherd to his devoted flock.

Inspired by the Izbica photos Yossi had sent me I decided to check out what original ideas the Izhbitzer has to say about Parshat Emor. I was not disappointed.

The very first piece on Emor in his book Mei haShiloach directly challenges Maimonides’ famous theological apologetics for the existence of evil. According to Maimonides, it is not God who is to blame for evil, rather it is the lack of God. In other words, what we refer to as evil is essentially the absence of God.

When two countries go to war and people die, those deaths are not God’s fault, they are man’s fault. Natural disasters and devastating diseases are not directed by God, they are simply the unfortunate byproducts of a world which operates according to the laws of nature.

For example, the physical world requires gravity in order to function, but occasionally the same gravity that allows us to operate normally can result in death, as when someone falls to their death from a high place. So too with ; our bodies function in a certain way so that we can lead our daily lives, but those same natural processes sometimes lead to misfunction and death. This, says Maimonides, is simply the price of living in a material world governed by nature.

But according to the Izhbitzer, this theology is outright heresy. Nothing that happens can be dismissed as the random byproduct of nature, or as the will of man without God.

The ultimate ambassadors of God’s determinism are the priests, who preside over the religious and ritual duties of Judaism for the nation. For this reason, God instructs Moses (. 21:1): אֱמֹר אֶל הַכֹּהֲנִים בְּנֵי אַהֲרֹן וְאָמַרְתָּ אֲלֵהֶם לְנֶפֶשׁ לֹא יִטַמָא בְּעַמָיו – “talk to the priests the sons of Aaron, and say to them: let none defile himself for a dead person among his people.”

Priests must epitomize the backbone of faith, namely that God is behind everything that happens, and nothing in life happens by chance occurrence. One must never blame the forces of nature, or human folly, or mere chance, for things that go wrong. Every detail of our lives is directed by God.

Nevertheless, the paradoxical danger of such a worldview is that it can lead to a decline of faith. After all, how can one have faith in a God who is responsible for incomprehensible evil?

For this reason, says the Izhbitzer, God warns the priests not to allow themselves to become defiled when those closest to them suffer or die. Don’t allow your absolute faith in My providence result in questions about My actions, God says, as this will inevitably result in a loss of faith.

In a final twist, the Izhbitzer adds that the Zohar interprets the word “Emor” to mean “a whisper.” Even in the midst of the harshest “evil” God’s faithful must always hear a whisper, reminding them that while the positive aspects of God’s providence may not be evident, one can never lose faith.

As I looked at the photos of the cemetery in Izbica sent to me by Yossi, representing the devastation of a flourishing community obliterated by the Shoah, I strained to hear the faint whisper of the Izhbitzer in my ear: “Remain faithful. There is a God.”

Photo: The “Ohel” of Rabbi Mordechai Yosef Leiner in Izbica. The exterior walls are covered with rescued headstones previously used by the Nazis to construct a prison facility. (photo credit: Yossi Fachler)