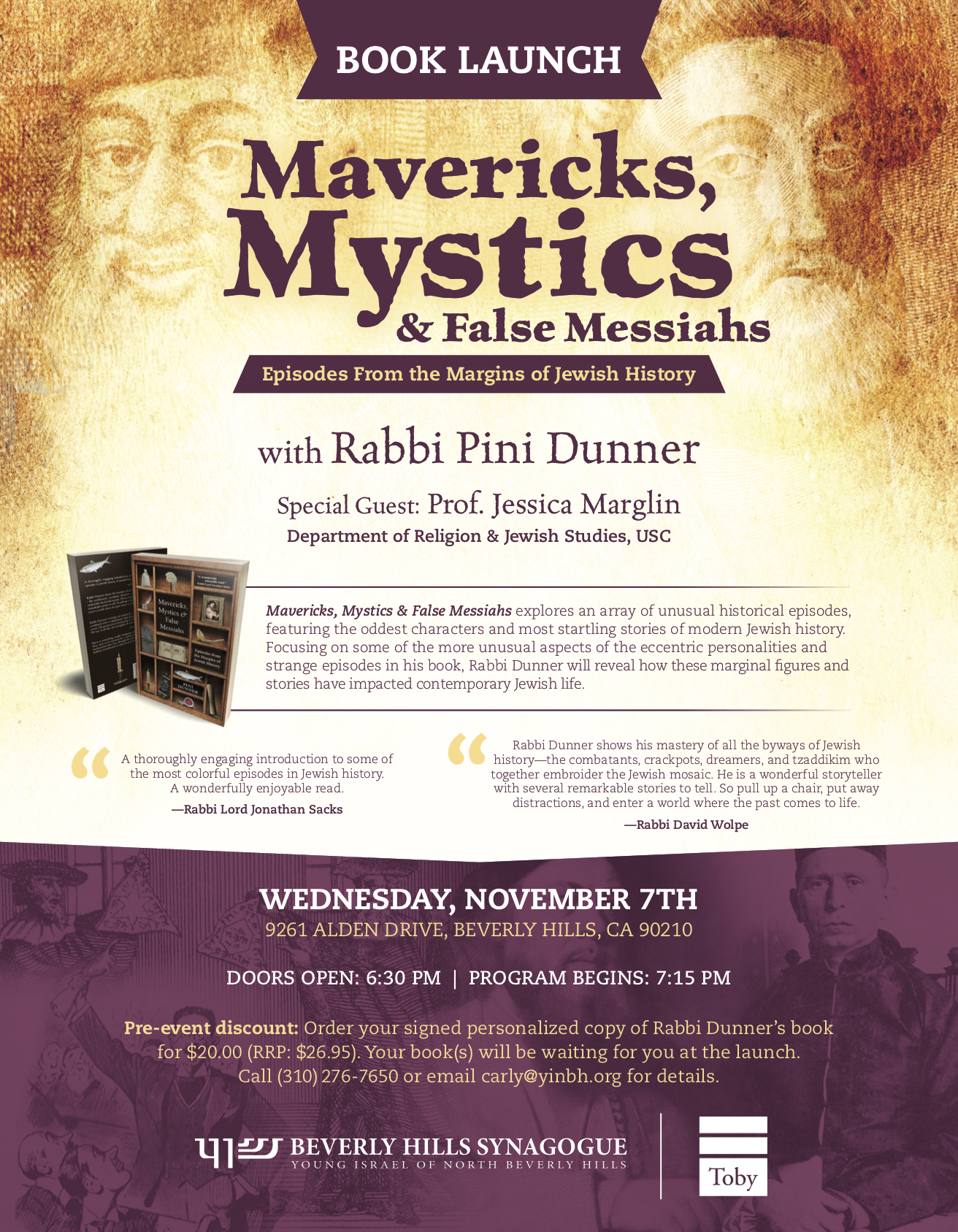 MAVERICKS, MYSTICS & FALSE MESSIAHS explores a selection of Jewish figures who appeared on the historical scene spanning the seventeenth to the twentieth centuries, and also investigates a number of Jewish controversies that embroiled various Jewish communities. Each section shines a spotlight on the personalities of marginal characters and the impact they had during the era in which they lived.

The eccentrics described include the false Messiah Shabbetai Tzvi, the pseudo-kabbalist ‘Dr.’ Samuel Falk, political agitator turned Jewish convert Lord George Gordon, literary forger Rabbi Yudel Rosenberg, and the adventurer-conman international spy Ignatz Timothy Trebitsch-Lincoln. All the characters whose lives are explored in this book somehow represent–in their individuality and their unique stories– aspects of the broader narrative of their eras.

The controversies include the bitter polemic between Rabbi Yaakov Emden and Rabbi Yonatan Eybeschutz over the latter’s healing amulets, and the disputed divorce document known as the “Get of Cleves“.

In addition to presenting these fascinating personalities and episodes in an informative and highly readable way, this book explores how they impacted Jewish life and Judaism in ways that reverberate to this day.

Use this link to by the book on Amazon.