THE PURSUIT OF JUSTICE IS ELUSIVE 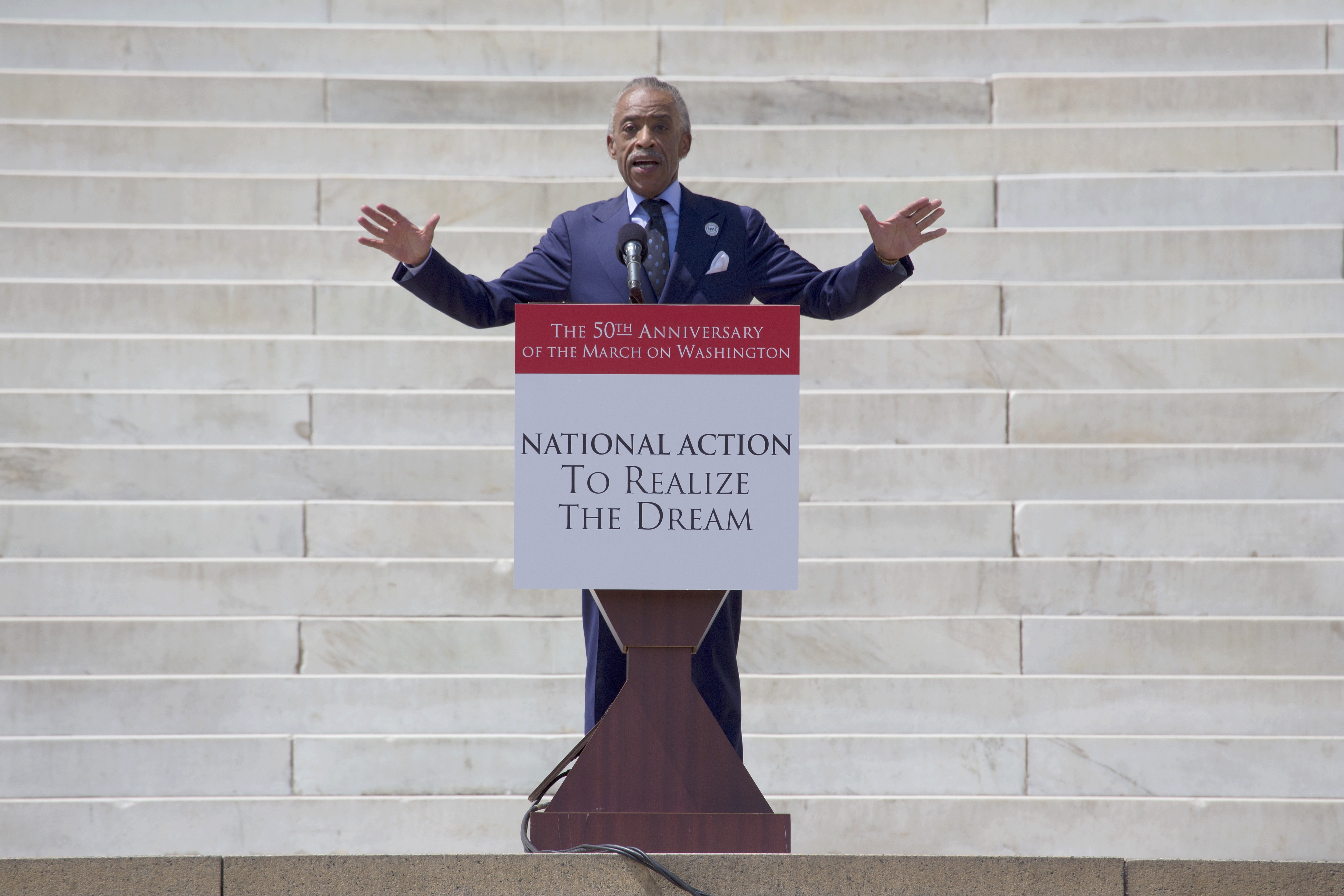 A couple of days ago somebody randomly sent me a YouTube link for Reverend Al Sharpton’s eulogy delivered at the funeral of Michael Brown, the African-American teenager shot dead three weeks ago by a policeman in Ferguson, a suburb of St Louis, Missouri.

Ferguson was subsequently plagued by race riots and looting, as lawlessness raised its ugly head in the wake of the shooting.

To be honest, I flicked through the email when it came, and didn’t watch the video, not only due to a lack of time, but also due to a longstanding antipathy towards Sharpton.

Sharpton, as I recalled, has always been a troublemaker and race-hate stirrer, with a fondness for publicity that seems to have nothing to do with a concern for the downtrodden and oppressed black community he represents.

The character of Reverend Bacon in ‘Bonfire of the Vanities’, the Tom Wolfe race riots novel of 1987, is based on Sharpton, and Wolfe brilliantly encapsulates the cynical and opportunistic behavior of a religious and communal leader who whips up fear and hatred to satisfy a lust for power and publicity.

But somehow, yesterday, on a whim, I decided to watch Sharpton’s eulogy.

It turned out to be a masterful piece of oratory, and it took me completely by surprise. Perhaps it is because we have just begun Ellul, the Jewish calendar month of pre-High Holydays penitence, and somehow the spirit of repentance was hovering in the air when he spoke.

Perhaps with the startling loss of 80lbs – I mean, the man is almost unrecognizable! – Sharpton has lost the part of him that feels the need to manipulate emotions into race hatred, by which I mean blacks hating whites.

Or perhaps it is simply old age that has mellowed his firebrand persona into a rather more statesmanlike figure.

Or maybe it’s none of the above, and Sharpton remains the nasty rabble-rouser I recalled from so many years ago. I simply don’t know. What I do know is that Sharpton’s eulogy, in a highly charged atmosphere, was a measured and credible response to the tragic death of Michael Brown, a response that inevitably tackled white indifference to police brutality against the black community, but which also addressed the black community’s incredible capacity to turn an event like this into a frenzy of crime and anarchy, which more often than not impacts blacks more than whites, as he drily pointed out.

We’ve got to be straight up in our community, too,” he said. “We have got to be outraged by our killing and shooting, and running around gun-toting each other, so that they’re justified in trying to come at us because some of us act like the definition of blackness is how low you can go. We’ve got to clean up our community so we can clean up the United States of America!”

“This is not about you, this is about justice!”

It struck me that this message was timely. This week’s Torah portion begins with an instruction that is a directive about the construct of a stable society (Deut. 16:18):

צֶדֶק צֶדֶק תִרְדֹף לְמַעַן תִחְיֶה – ‘You should pursue pure justice, so that you shall live.’

In Pirkei Avot (Ethics of the Fathers) – the Talmudic tractate that teaches Jewish ethics as well as basic common sense – the sage Rabbi Hanina proposes that we should all (3:2):

‘pray for the integrity of the government; for were it not for the fear of its authority, a man would swallow his neighbor up alive.’

Rabbi Hanina is stating, bluntly, what will happen if we don’t follow the pasuk at the beginning of our portion.

The rule of thumb is that any stable society needs a judiciary and a law enforcement arm, with each of them giving the other credibility. If there is corruption or weakness in one, than the other is automatically weakened, and anarchy guaranteed.

The Western world is watching in horror as many parts of the rest of the world are descending into utter mayhem. There is no justice, and no one to enforce the law. People are struggling to survive.

But we must not be complacent. We must not fool ourselves into thinking that our societies, and the countries we live in, our Western bubbles, are always going to be stable and safe.

There is plenty of lawlessness simmering below the surface right here in the United States. We in the Jewish community are acutely aware of it, and it seems that Reverend Sharpton has also cottoned on.

It is imperative that we are extraordinarily vigilant in these dangerous times. We must fight injustice, and we must also ensure that we are models of integrity and propriety. The world we know and cherish literally depends on it.

So as the countdown to Rosh Hashana begins, and as we look ahead to the Days of Awe, let us use this period to reflect on how we can work towards not only a society that serves our own interests, but a society that is robust all-round, and where systemic failure is addressed by everyone who is a part of that system.

As Al Sharpton observed: “This is not about you, this is about justice.”