THE EFFECTIVENESS OF CURSING 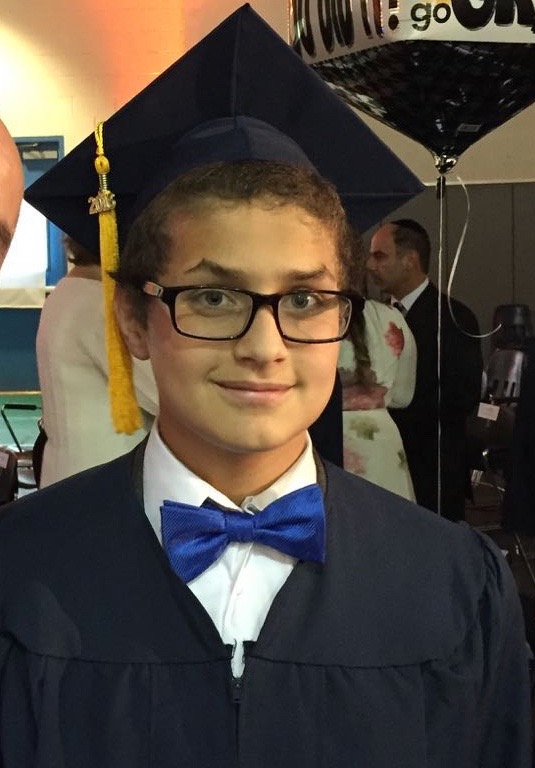 This is the Barmitzva Drasha of Rabbi Pini and Sabine Dunner’s son Meir, delivered at his Barmitzva celebration on July 2nd, 2015, at Beverly Hills Synagogue, Beverly Hills, California.

In the portion of Balak we read the strange story of Balak, king of Moab, asking a powerful sorcerer called Bil’am to curse the Israelite nation (Num. 22:6): “Please go and curse this nation for me … for I know that those you bless are blessed, and those you curse are cursed.”

Bil’am responded to the request by telling Balak’s messengers that he would have to follow God’s instructions – whatever God would tell him to do he would do.  Bil’am went ahead and asked God for his opinion, and this is what God told him (Num. 22:12): “God said to Bil’am – do not go with them, do not curse this nation, for they are blessed.”

But in the end Bil’am went, and yet, although he tried to curse the Jews, he was singularly unsuccessful – as he explained to Balak (Num. 23:8): “How can I curse those that God has not cursed? How can I make God angry, if He is not angry with them?”

Balak was very angry with Bil’am for not cursing the Israelites. But what exactly was he expecting to happen? Did he not understand that curses will never work if God is not behind them?

Actually, perhaps it is not so simple. After all, there are laws in the Torah that tell us we are not allowed to curse people. Why would these laws exist if curses only work if God wants them to?

Here are some examples of Torah laws that forbid cursing:

Another interesting mention of cursing is in Leviticus, where the Torah forbids cursing someone who is deaf (Lev. 19:14). Commenting on this, the medieval commentator Rashi says that this verse actually forbids one from cursing any living person, not just a deaf person.

Maimonides expands on this and explains that the Torah wants to tell us not to curse a deaf person, who is unable to hear the curse and therefore will not be upset, so that it is self-understood that cursing a person who can hear, and would therefore be very upset hearing himself cursed, is forbidden.

The Sefer HaChinuch (#231) is puzzled about the whole concept of curses. How do they affect anyone, he wants to know? But he concedes that since every nation and religion believes in the effectiveness of curses, and forbid cursing, that this must mean cursing someone has some kind of negative effect. Just as we are forbidden to physically harm others, we are also not allowed to harm them verbally, by cursing them.

Maimonides also addresses this topic in Moreh Nevuchim, where he writes that although most people consider verbal damage more severe than physical damage, it is not so, but due to this general impression, the sin of cursing is considered to be bad.  Cursing is one of only three sins that involve no physical activity, but are nevertheless punishable by lashes under Jewish law.

The Vilna Gaon says there is actually a third category: mitzvot between man and himself. In other words, and perhaps in an echo of Nahmanides’ view cited earlier, there are mitzvot whose purpose is principally to develop a good character.

The Ohr Hachayim has a position on this topic that falls somewhere in between these two opinions. He says that under normal conditions, a curse is meaningless.  That sounds just like Nahmanides, and indeed Maimonides.

But, he adds, often when a person is deserving of punishment, God will postpone or even cancel the punishment. However, if another person then curses that person, God could be reminded of the punishment, and end up punishing him. This opinion sounds similar to the gemara in Brachot (7a):

“Is it possible to say that God gets angry?” the gemara asks.

“Yes, it is possible, for we have learned in Psalms (7:12) that God gets angry every day.”

According to the Ohr Hachayim, supported by this gemara, Bil’am knew exactly when to curse people so that it coincided with a time when God might punish them. And Balak knew about Bil’am’s skill. This was the reason he asked him to curse the Jews.

But Bil’am immediately knew that even if he cursed the Israelites at the right time it would make no difference, because the Jewish nation were not deserving of any punishment.

The Sefer Hachinuch understands the story very simply. Balak knew that Bil’am was an expert at uttering strong and effective curses and he wanted Bil’am to use this skill against the Jews. When Bil’am refused, and went on to bless them instead, Balak became very angry, because he knew that Bil’am had done the opposite of what he had wanted, and that his blessings would work.

But how do Maimonides and Nahmanides understand this story? Bil’am could not curse the people of Israel at all according to them, since no one can effectively curse anyone?

According to these opinions, Balak was one of the masses who believe that curses work. And no matter how hard Bil’am tried to tell him that he was wrong, Balak refused to listen.