SUKKAH FIT FOR A RABBI 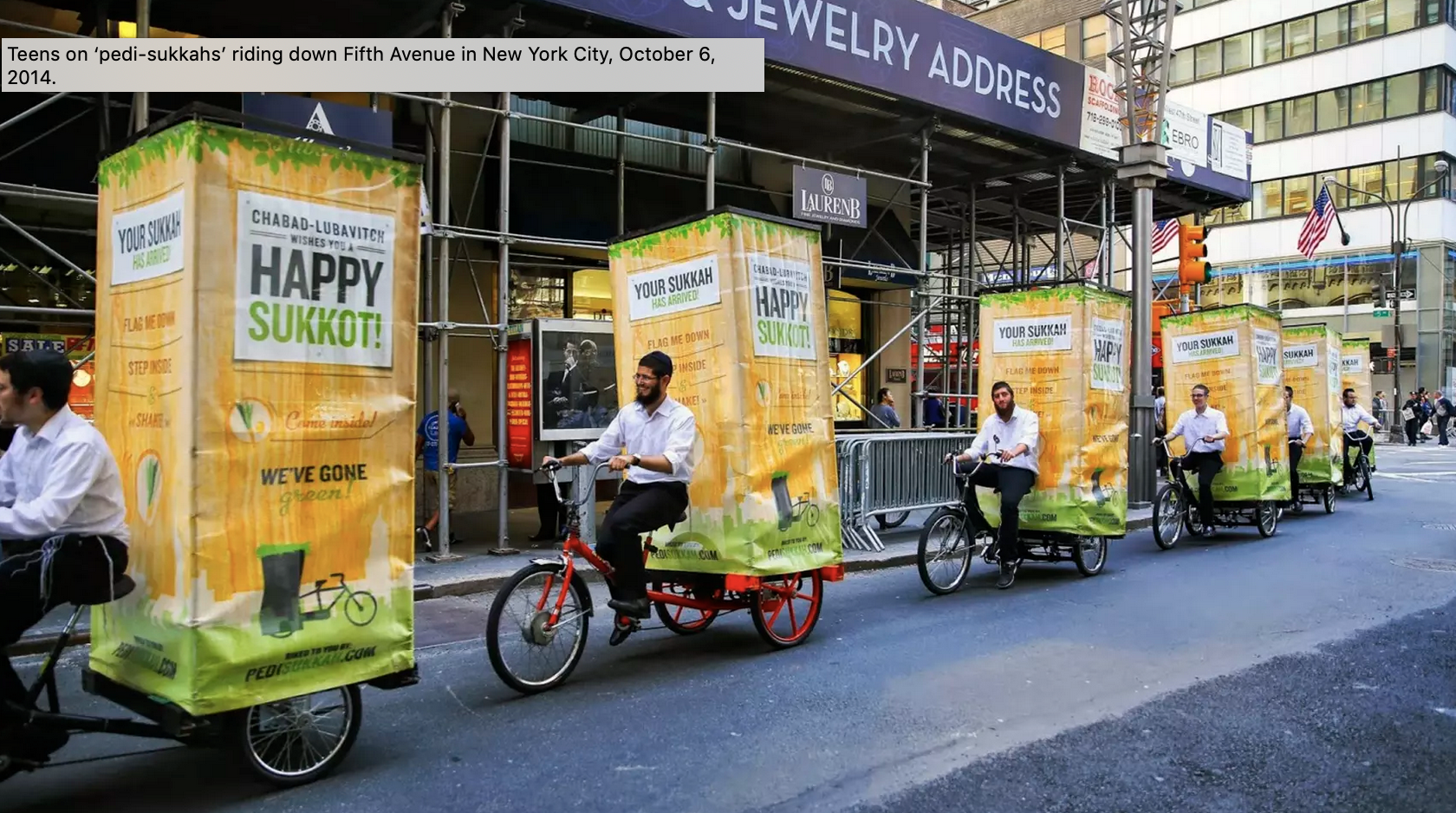 Unless you are an aficionado of Jewish law, the name “Pri Megadim” will mean very little.

Nonetheless, it happens to be the title of a very important work authored by Rabbi Joseph Teomim, an eighteenth-century rabbi from Lemberg, then a market town on the eastern limits of the Austro-Hungarian empire, now known as Lviv, in Western Ukraine.

Rabbi Teomim came from an extremely distinguished rabbinic family and was a great rabbinic scholar in his own right, although he struggled to make a living as a rabbi. That all changed when he began to publish what would soon become one of the most influential works of Jewish law ever written.

Rabbi Teomim thoroughly annotated these works and in general offered a well-researched backdrop to the Jewish laws that they covered, so-much-so that his work became a mandatory study aid for anyone seeking formal ordination as a rabbi and any position of rabbinic authority.

All of this is by way of introduction to Rabbi Teomim’s fascinating halachic opinion regarding the supremacy of rabbinic law in Judaism, an opinion he illustrated via an obscure discussion about a sukkah.

According to the Pri Megadim, if the rabbis who established halachic guidelines mandated the performance of a Torah mitzvah in a particular way, telling us exactly how it should be performed, then the failure to meet these rabbinic requirements would totally negate the observance of the mitzva, as if it was never performed, even if by Torah standards the mitzva had actually been observed.

For example, he says, according to rabbinic law if a sukkah is so small that one is forced to eat off a table that remains outside the sukkah, one has not discharged one’s sukkah obligation at all.

And although this stringency was only introduced by the rabbis, while Torah law considers such a sukkah fully kosher, since by eating in this sukkah one has disregarded a rabbinic law, according to Rabbi Teomim one has not even fulfilled one’s Torah obligation.

Puzzlingly, this Pri Megadim seems to contradict at least one opinion in the Talmud. In tractate Sukkah (23a) Rabbi Meir is recorded as allowing a sukkah to be constructed on top of a live animal, while his perennial interlocutor Rabbi Yehudah does not.

The Talmud explains that this dispute centers on the verse (Deut. 16:13): חַג הַסֻכֹּת תַּעֲשֶֹה לְךָ שִבְעַת יָמִים – “you shall observe the festival of Sukkot for seven days” – namely, a sukkah must be available to use for the entire seven-day festival period.

In Rabbi Yehudah’s opinion, since one is not allowed to get onto an animal on Sabbath and festival days, a sukkah constructed on an animal’s back is not just invalid for the festival days and intermediate Shabbat, but for all seven days.

But Rabbi Meir disagrees; in his the prohibition of climbing onto an animal is only a rabbinic proscription, and you cannot undo a Torah obligation on the basis of a rabbinic disqualification.

On that basis, it would appear that according to Rabbi Yehudah, a rabbinic prohibition can negate the ability to observe a Torah law, in accordance with the view of the Pri Megadim, while Rabbi Meir’s opinion is that it does not.

And while the rabbis determined that in a halachic dispute between Rabbi Meir and Rabbi Yehudah the law goes according to Rabbi Yehudah, it is strange that the Pri Megadim’s halachic principle seemingly contradicts this senior Talmudic sage, and he does not see fit to reconcile himself with Rabbi Meir’s opinion.

But actually, upon reflection, we can save the Pri Megadim from the indignity of this glaring blunder. It is possible that the rabbinic insistence on having a table inside one’s sukkah is a specific requirement for a sukkah, and Rabbi Meir might very well make an exception to his leniency when one fails to uphold a rabbinic proscription that directly correlates to the observance of the law itself.

Meanwhile, the prohibition of sitting on an animal on applies to all festivals, not just Sukkot, and has nothing whatsoever to do with the validity of a sukkah. Rabbi Meir would not accept dismissing a Torah-mandated mitzvah on the basis of a general rabbinic restriction unrelated to that specific mitzva, and that is why he allows a sukkah to be used even if it is on an animal’s back, and even though that sukkah may not be used on the first days of the festival or during the intermediate Shabbat.

What I love most about this debate and discussion – and particularly about the Pri Megadim’s assertive stance – is the reverence it demonstrates for rabbinic law, which has been the backbone of Jewish identity since the dawn of Jewish nationhood.

Maimonides writes  that the Torah itself established the centrality of rabbinic input into Jewish law, with the verse (Deut. 17:11): לֹא תָסוּר מִן הַדָבָר אֲשֶר יַגִידוּ לְךָ יָמִין וּשְמֹאל – “you must not deviate from any word that they tell you, neither right nor left” (MT Neg. Mitzvot 312).

It is a fact that all those Jews who have favored relying purely on scripture as the source for Jewish law – such as the Sadducees, the Boethusians, and the Karaites – have long since evaporated as identifiable Jewish groups, having bound themselves up with an ossified and ultimately self-destructive form of Judaism that undermined any hope for their future.

Only Rabbinic Judaism, with its strong focus on a carefully managed evolutionary halachic system, has managed to sustain itself over millennia, bequeathing a living, breathing, dynamic Torah to each emerging generation, who have in turn handed it down to the next.

And so, as we sit in our sukkah this year, with a table firmly inside it for us to eat off, we would do well to reflect on the remarkable ancient tradition that we have been lucky enough to be born into.

Our identity as Jews only has meaning because of it.