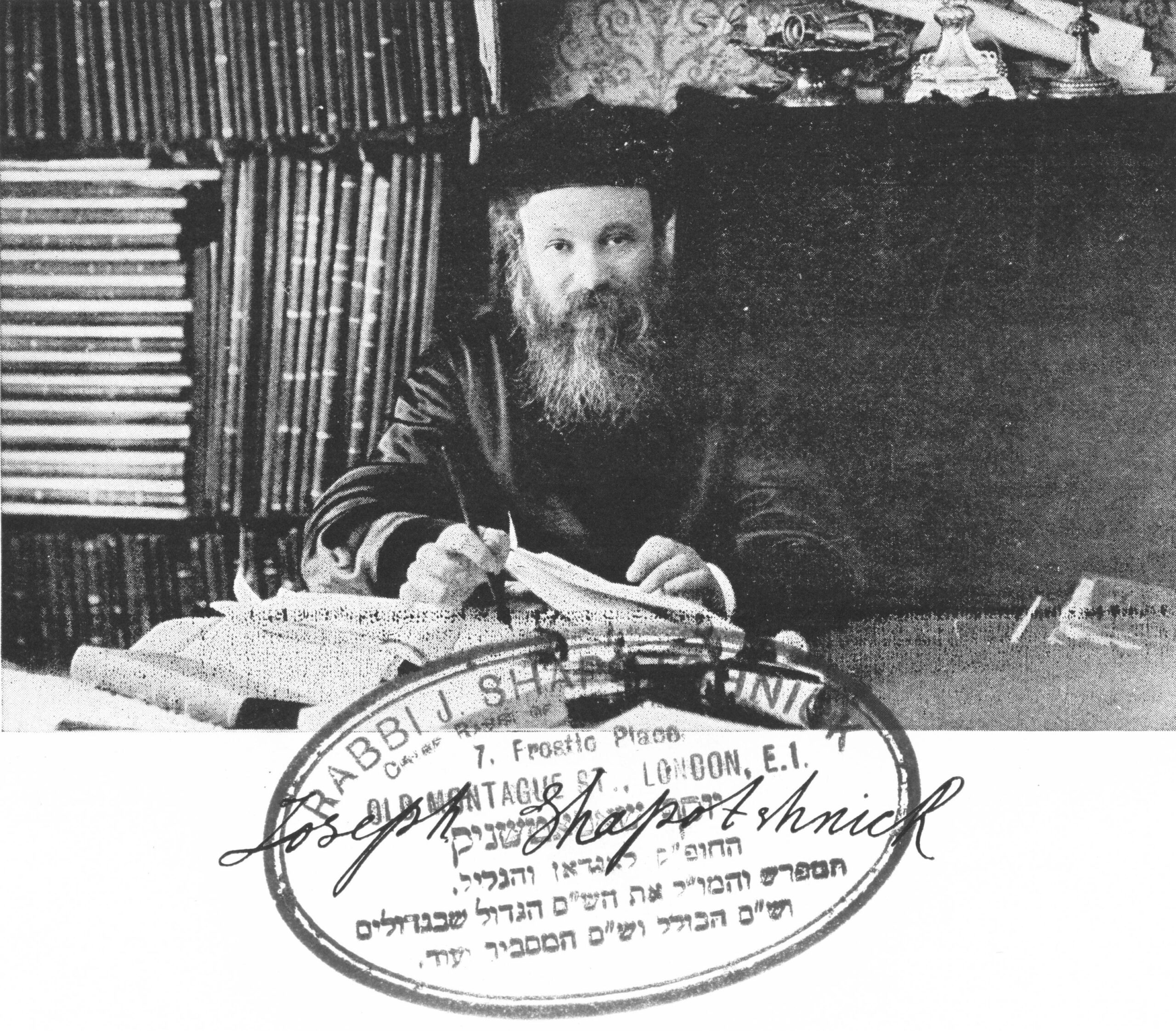 This article (in Hebrew) by Rabbi Dunner in Kovetz Eitz Chaim reveals the backstory to one of the most notorious rabbinic disputes of the interwar era — a controversy triggered by Rabbi Joseph Shapotshnick of London (1882-1937), who issued an unprecedented halakhic ruling permitting several women who required chalitza to remarry without undergoing the chalitza process.

Rabbi Shapotshnick’s relentless interlocutor and nemesis during the dispute was the fearless Rabbi Shmuel Yitzchok Hillman (1868-1953), revered head of the London Beth Din, who mobilized the greatest rabbis of the day to ensure that Jewish law would be upheld.

Rabbi Dunner shares previously unseen documents and other evidence to provide context and background to a story that rocked the Jewish world.