JUSTICE OF THE GRIM MQ-9 REAPER 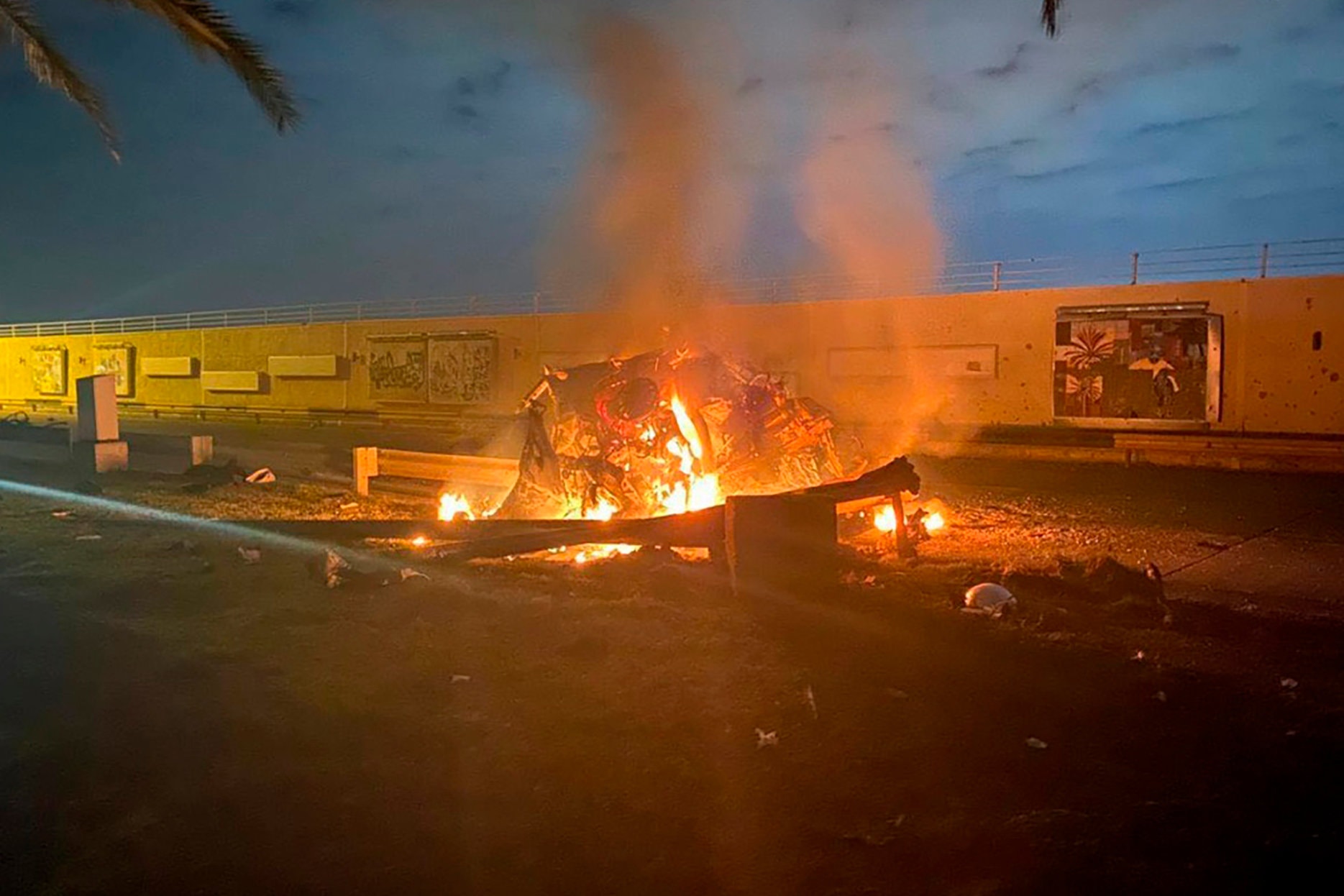 Reaction to the targeted killing of Qassim Soleimani by the United States has been extremely critical, not just in Iran and the Middle East, but even here in the United States, with a particular focus on the legality of the Trump-authorized assassination of Iran’s most powerful military leader. Rabbi Dunner examines the background to state-sponsored targeted killings and considers what religious Jewish law has to say about this extremely controversial topic.

It is an intriguing question. Would the United States have been within its legal rights to assassinate Osama Bin Laden if they had possessed intelligence that he intended to launch strikes against US targets in the Middle East, or indeed Washington and New York?

For example, after the November 8, 1990, FBI raid on the New Jersey home of Meir Kahane assassin El Sayyid Nosair – a very early known al-Qaeda associate – during which the Feds discovered evidence that al-Qaeda had plans to blow up New York City skyscrapers?

At that stage the 9/11 attacks were merely a glint in Bin Laden’s eye, although after the 1993 World Trade Center bombing it was clear that al-Qaeda plans were sustained and serious.

Officially, the US is opposed to the targeted killings of known enemies, and it is a matter of fact that Osama Bin Laden was not killed in the over 20 years between that FBI raid and the horrific terrorist attacks of September 11, 2001.

There are exceptions, however, later enshrined in the 2001 Authorization for Use of Military Force law (AUMF), which states that “the Constitution empowers the President to protect the nation from any imminent threat of violent attack.” But even that law is open to interpretation, and I guess lawyers will get themselves worked-up parsing the words “imminent” and “violent”.

Truthfully, preemptive targeted killings, when they happen, are usually remote and of limited public interest, and if they are reported at all, they barely register as part of the 24-hour news cycle.

That all changed last Friday, with the targeted killing by the US of General Qassim Soleimani in Baghdad.

Soleimani was commander of the Quds Force, a secretive branch of Iran’s elite Islamic Revolutionary Guard Corps. He was a man used to the tensions and stresses of warfare, having come through the Iran-Iraq War of 1980-88, after which he emerged as one of the most powerful men in the Islamic Republic of Iran, a shadowy but feared military leader, who for the past twenty years has been one of the closest confidants of revolutionary Iran’s “Supreme Leader”, Sayyid Ali Hosseini Khamenei.

Since at least 2003, when the United States and its Allies besieged Iraq and took out Saddam Hussein, Soleimani has been at the center of Shia Islam’s attempts to assert itself and establish foreign strongholds in the fluid situation that unfolded after the Iraq War.

In Lebanon, Yemen, Syria, Afghanistan, and of course Iraq – a geographical area that has come to be known as the Shia Crescent – the charismatic Iranian strongman built relationships with local militias and helped guide strategies, as well as fund them, all of which enabled local Shiite ascendancy, and fostered chaos and violence wherever he operated.

Last week Soleimani was in Syria, where over the past few years he has consistently been on hand to help President Bashar al-Assad brutally beat back rebel Syrian forces and reclaim key cities and towns from under their control.

But early last week events in Iraq suddenly demanded his attention, first with the killing of an American military contractor by a proxy Shia militia, then with a firm US response against the perpetrators, and finally with sustained violent attacks against the US Embassy compound in Baghdad.

Intimately involved in the planning behind this latest Shia insurgency, Soleimani made the decision that he needed to be on the spot, and flew the short distance between Damascus and Baghdad, arriving at Baghdad airport shortly after midnight.

Within minutes he was in a convoy of cars leaving the airport heading towards the city, but his journey was cut short when missiles launched from an MQ-9 Reaper American drone slammed into his car and another one in the convoy of 6, incinerating both, and everyone inside them.

It soon emerged that the strike had been personally authorized by President Trump, not just in response to Soleimani’s involvement in the brazen attacks on the US Embassy, but in light of further attacks on American diplomats and military personnel that he was planning, and his killing was intended to prevent future attacks.

It did not take long for the condemnations to erupt. According to some experts, rather than calm things down, this assassination would inflame the local situation, and perhaps have international repercussions. But military and diplomatic concerns aside, quite a number of legal and constitutional experts questioned the legal basis for the targeted killing.

Professor Mary Ellen O’Connell, of Notre Dame Law School, was quoted in The Atlantic: “Preemptive self-defense is never a legal justification for assassination. Nothing is. The relevant law is the United Nations Charter, which defines self-defense as a right to respond to an actual and significant armed attack.”

Professor Oona A. Hathaway of Yale Law School, also in The Atlantic, said that the drone strike “raises many legal issues, but one of the most significant…is that President Donald Trump ordered the strike without so much as informing Democratic leadership in Congress, disregarding Congress’s essential role in initiating war.”

As a rabbi, whenever people come to me for advice, I always begin by telling them that I am happy to offer advice on the basis that they know I am not a lawyer, accountant, doctor, psychologist, psychiatrist, therapist, or financial adviser – in other words, my advice is entirely based on my rabbinic training, my knowledge and experience of Judaism, and of Jewish ethics and Jewish law.

On that basis, just to be clear, my views on the Soleimani killing are based on my expertise in Jewish law. What does the Torah and the Talmud have to say, if anything, about preemptive assassinations? The relevant principle is summarized in a phrase of four Hebrew words: הבא להורגך השכם להורגו – “if someone comes to kill you, rise up and kill him first.”

The first source for this is in the Torah. In Numbers (25:17) God instructed Moses to attack the Midianites and kill them; although the Israelites were not formally at war with the Midianites, as implacable foes of the nascent Jewish nation, the Midianites were just looking for an opening to attack the Jews and massacre them. As a defensive strategy, they had to be killed before they killed us.

This edict was formalized in the Talmud (Sanhedrin 72a), and established as Jewish law for all time. If there is intelligence that confirms someone is actively planning credible lethal attacks, this would be sufficient grounds to preemptively kill them.

Israel has been at the forefront of this strategy for decades, beginning with the Six-Day War in 1967, and later with the targeted killing of PLO and Hamas terrorist leaders whose lives were utterly consumed with the destruction of Israel and the murder of Jews.

Over the past few days, I have not heard a dissenting voice regarding Soleimani’s murderous and malicious intent towards US citizens and US assets.

But as a rabbi, I can state absolutely and unequivocally that under Jewish law, Soleimani was a legitimate target for assassination and has been for many years.