FOR GOD AND COUNTRY 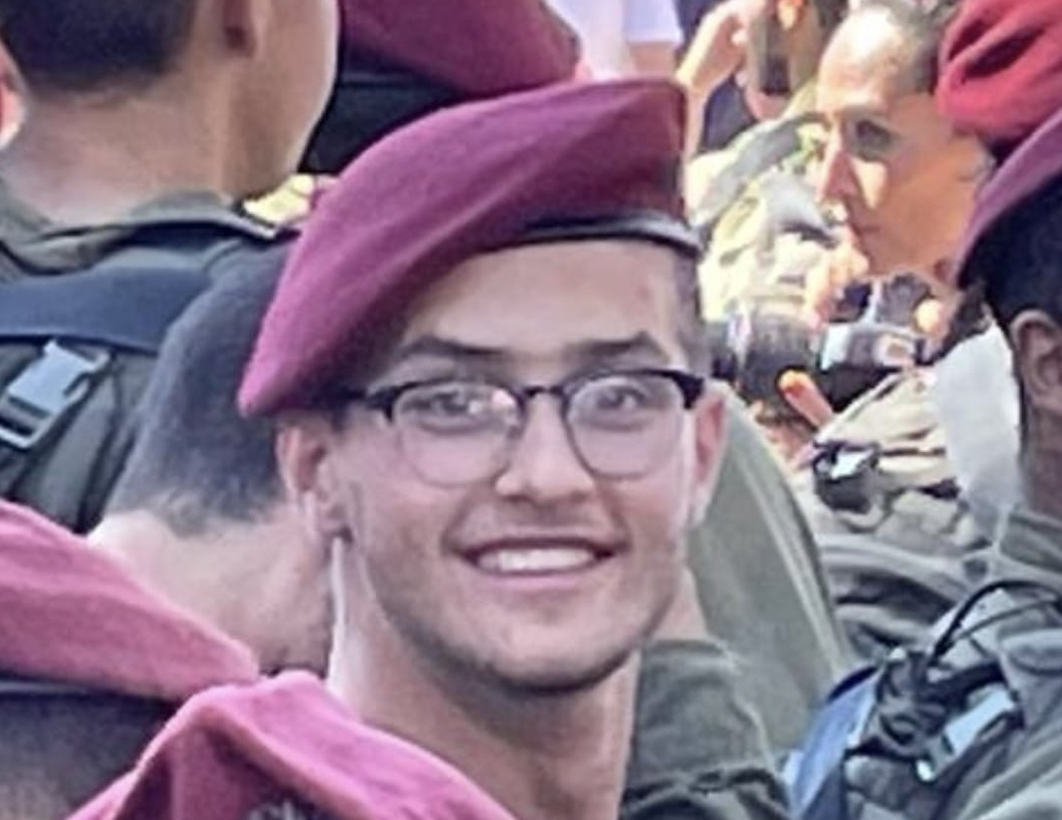 This past week I visited Israel together with my wife Sabine – and it was a truly exhilarating experience. Although this was hardly our first visit – we have both been to Israel countless times before – this particular trip had a very special significance for both of us: our son Meir was about to complete his intensive military training and was being formally inducted as a paratrooper in the elite tzanchanim division of the Israel Defense Forces (IDF).

I’ll get back to that in a moment, as during the first couple of days we couldn’t see Meir, who was still deeply engrossed in his training – which meant we needed to occupy ourselves elsewhere to take our minds off the fact that we were unable to see him. My indefatigable cousin, Shayke Prichen, who just a year ago took us on an exhaustive tour of southern Israel, suggested a two-day trip to survey Israel’s northern border.

We began with lunch in Haifa, and then proceeded to Rosh Hanikra, the site of a train tunnel connecting Lebanon to Palestine which was built by the British in 1942 to ease supply lines into Egypt, where Allied forces under Montgomery were engaged in a fierce battle with the Nazis under Rommel at El Alamein.

But the tunnel survived for barely 6 years; it was bombed into oblivion by Jewish militia in February 1948 to prevent Arab forces from using the tunnel to access Israel during the imminent War of Independence. In the sea adjacent to Rosh Hanikra floating markers conspicuously delineate the maritime border with Lebanon, and electronic sensors act as a warning system if terrorist divers try to infiltrate the border and cause havoc in northern towns and cities.

After a wonderful dinner in Kiryat Shmona, we spent the night in Metula, a tiny village at the very tip of a finger of land that pokes into Lebanon in Israel’s northeastern corner. This piece of land was originally included into Palestine in 1923 by the British and French, who had mutually agreed that any Jewish population centers would be incorporated into the British mandate of Palestine, while predominantly Arab areas would be integrated in the Lebanon mandate controlled by the French.

In 1923 Metula was a Jewish farming community, and had been for almost 30 years, having been purchased in 1895 from a Lebanese Christian landlord as part of a huge land deal funded by Baron Edmond James de Rothschild of Paris (1845-1934), and arranged by his controversial agent Joshua Ossovetski (1858-1929). Initially, local Druze tenant farmers had vigorously resisted the Jewish settlement, but they were eventually paid off and resettled elsewhere. Today, this strip of land, surrounded by hostile Lebanon, is a testament to the importance of secure borders and the dangers posed to Israel by those who seek its destruction and are in such close proximity.

But this point was brought home to us much more powerfully on our next stop: Mount Hermon at the northernmost edge of the Golan Heights. This mountain and neighboring mountains, which reach to over 9,000 feet above sea level, and are accessible only via cable car, were captured by the Israelis from the Syrians in June 1967, recaptured by the Syrians in October 1973, but then retaken by Israel just a couple of weeks later.

And for my cousin Shayke, none of this is mere history – he was one of the IDF paratroopers who retook Mt. Hermon after the debacle of its loss in the wake of tragic miscalculations during the early part of the Yom Kippur War. Shayke knows every rock, every outcrop, every military installation, and most importantly: he can explain with incredible clarity why Israel can never give up the strategic advantage of Mt. Hermon, from which electronic surveillance can discern individual cars driving in Damascus, some 32 miles away.

Shayke lost dear friends and colleagues in 1973 war, each of them precious souls who died to protect Israel. He also witnessed the pain that was caused when Israel’s political leadership took their collective eye off the ball – and the pain burns within him now just as much as it did almost 50 years ago.

We stood quietly next to the memorial to the soldiers who died at the summit of Mt. Hermon, with the sun beating down on us and the wind gusting in our faces, Syria visible just a few hundred yards away. Suddenly I understood why Meir’s army service – and the service of all his fresh-faced army friends – is so crucial to the survival of the Jewish people.

The final portion of Sefer Bamidbar is Massei, and it contains very specific details regarding the borders of Eretz Yisrael. The Malbim commentary, and many others, most notably Rabbi Yosef Rosen (“The Rogachover Illui”; 1858-1936), all concur that the borders described in Massei are not considered the final borders of Israel, and indeed, over the years of Jewish hegemony in the Promised Land, borders shifted as Israel’s geopolitical power waxed and waned.

Which means that the inclusion of defined borders as part of Moses’ final instructions to the nation before the conquest of Canaan was conceptual, designed to convey the idea that the Land of Israel was a defined country being given to the Jewish people by God, and that every inch of land must be considered sacred. The significance of any land granted into Jewish control can never be overstated, and no such land must ever be considered a political pawn, to be discarded for some ephemeral unrealizable dream of “land for peace”.

My experience with Sabine on the northern border was the most powerful lesson we could have had as parents in anticipation of seeing Meir becoming a proud soldier of Israel. We caught up with him the following day as he completed his Masa Kumta – a 35-mile hike from Beit Shemesh to Jerusalem that ends on Ammunition Hill. Meir and his fellow soldiers had to march through the night, carrying M4 rifles plus half their bodyweight in a backpack, and occasionally running as they carried a stretcher with a dummy body on it.

We woke up at 4:30am and drove through the outskirts of Jerusalem trying to find the hundreds of soldiers as they trudged the final few miles. We eventually found Meir; he was very close to the front, wearing a flag of Israel on his back, looking remarkably fresh and alert. We both embraced him, and as we did, his friends began to sing. It was a very emotional moment.

Later that morning, after Meir had received the coveted red beret and the formal ceremony was officially over, his unit joined hands and sang Ivdu Et Hashem Besimcha – “serve God with joy” – a fitting reflection of the joy we were feeling, and how the joy of our son’s achievement was a direct result of God giving us our beautiful country and enabling us to protect it against those who would do anything to destroy it and kill its Jewish inhabitants.

The Jewish people has faced and continues to face many enemies – some of them outsiders, some of them within our own ranks, all of whom refuse to acknowledge that Israel is not a misguided political project, or an anachronistic imperialist colonialist enterprise, but rather it is a Jewish country whose borders and identity were determined by God more than 3300 years ago, in favor of the Jewish people.

Jews and non-Jews who accept this indisputable fact are welcomed and embraced by Israel, and of course by God. But those who do not accept Israel’s status as the land of the Jews will need to contend with an army whose soldiers “serve God with joy”, and who uphold and protect the rights of a country that is as ancient as the people who are its proud citizens.