BEING RATIONAL ABOUT MIRACLES 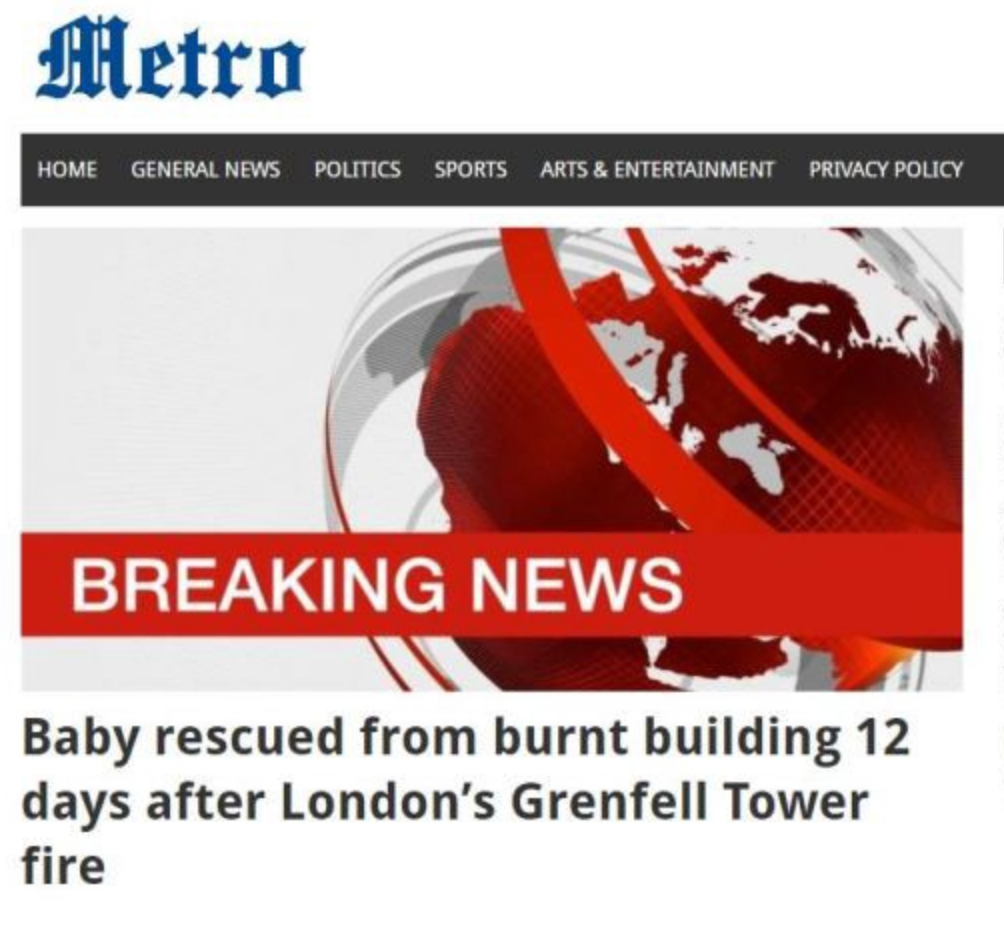 As if we are not cynical and jaded enough, enter the latest trend in fake news: the “miracle survivor” story that turns out to be a lie.

This week, the BBC was forced to apologize after publishing a “breaking news” story on its website, claiming that a baby had miraculously been discovered alive in the ruins of Grenfell Tower, 12 days after the London building was destroyed in a devastating fire with the loss of at least 80 lives.

But rather than focus on the sick motivations of the click-bait website that came up with the story, let’s consider something else for a moment: if the story had been true, would the BBC have been accurate in describing the baby’s survival as a miracle?

After all, if the baby had survived (and for 12 days, no less), it might better be described as exceptionally good luck. No laws of nature were broken, and no one claimed that the child was protected or fed by an angel, so why would the story be labeled a miracle?

This question cuts to the core of religious faith, and has vexed philosophers and theologians for millennia.

The first person to formally wrestle, as a rationalist, with the existence of the supernatural, was the Greek philosopher, Aristotle (384–322 BC). He believed that supernatural miracles defied reason, and that anything which defied reason was, by definition, impossible.

The great medieval Jewish philosopher and rabbi, Moses Maimonides (1135-1204), was an avid devotee of Aristotelian philosophy, and he went to great lengths to reconcile Aristotle’s views with the numerous stories of supernatural events in the Torah — not always very convincingly, it must be said.

Interestingly, although they never openly debated the veracity of miracles, the Talmudic sages in Avot (5:6) acknowledged this theological challenge by proposing that certain supernatural events recorded in the Torah were conceived of by God at the dawn of creation, but only crystallized at a particular time and place when the circumstances were right. Avot lists 10 such phenomena, including Moses’ staff, Miriam’s well, and the “mouth” of Balaam’s talking donkey.

My own ancestor, Rabbi Judah Loew (1520-1609), the “Maharal of Prague,” offered a compelling theological compromise to reconcile Aristotle’s rationalism with numerous biblical occurrences of the supernatural. His theory is an intriguing alternative to the proposition in Avot.

In the Maharal’s opinion, miracles do not defy natural law — because God’s creation was never set up to be a binary system of nature and the supernatural.

Instead, miracles have their own set of laws, in parallel to nature, although these laws cannot be subjected to the rigid empiricism demanded by Aristotelian philosophy. That is because miracles are self-evidently extremely scarce, requiring very specific circumstances to trigger them, and even the slightest deviation from those circumstances will prevent the supernatural manifestation from occurring.

Perhaps this explains an anomaly in the episode of Miriam’s well found in the Torah portion of Hukkat.

When Moses approached God to ask Him how he might resolve the water crisis, God instructed Moses to draw water out of a rock. According to the medieval commentator Rashi, Moses attempted to find the exact rock that God wanted him to use, but was somehow unable to locate it.

Irritated by the delay, the thirsty nation of Israel began to get restless. As far as they were concerned, any rock would do — surely if God wanted Moses to produce water from a rock, it would make no difference which rock it was.

The Maharal’s thesis explains Moses’ cryptic response to the nation when they began to protest (Num. 20:10):

Namely, who said that this is the rock set up within the laws of miracles to produce the required water? God does not indiscriminately break the laws of miracle nature. The conditions have to be exactly right, or the miracle will not occur.

Rabbi Mordechai Yosef Leiner of Izbica (1801-1854), one of the 19th century’s most original Hasidic thinkers, took this even further. He believed that the Torah attributes God’s refusal to allow Moses entry into the Promised Land as a reaction to this episode.

But rather than being a punishment, it was simply based on Moses’ own rationale. Circumstances had to be exactly right, Moses had told the people, and if they were not, the miracle could not occur.

Moses had known for quite some time that it was going to be Joshua who led the nation into the Promised Land, and that once the 40 year period in the wilderness was over, his time was up. Nevertheless, Moses was hoping that God would reverse the natural order and allow him to enter the land in defiance of his destiny — a miracle, as it were. So how was God going to break the news to him that his destiny was irrevocable?

After the confrontation over the rock, God had the perfect explanation for Moses. Asked to produce water out of any rock, Moses had responded that the rock had to be exactly the right one.

Similarly, Moses’ entry into the Promised Land did not fit into the exact order of things, and after the incident with the rock, this sad reality would finally make sense.

Ultimately, supernatural law is no different than natural law; it follows strict criteria that cannot be overruled. The refreshing consequence of this brilliant idea is that both the natural and the supernatural emanate equivalently from God’s will, making science and mysticism cousins in one family rather than mutually exclusive foes.