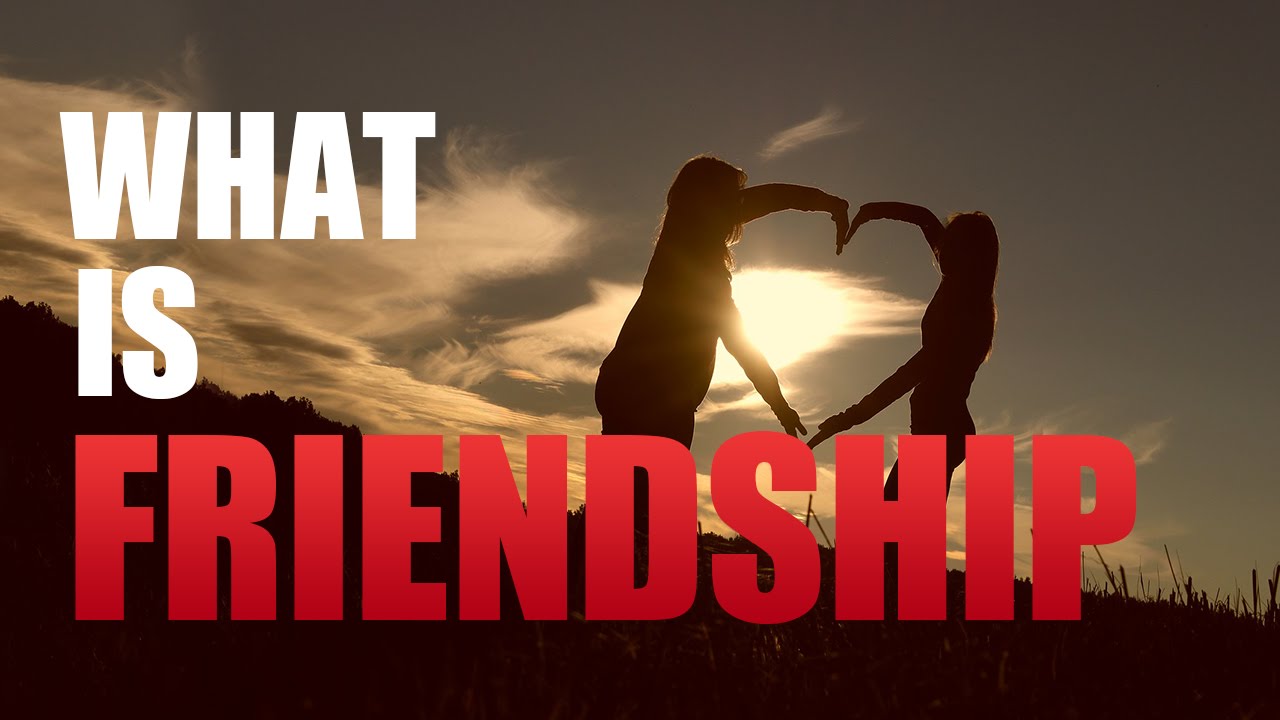 We all need friends. We all have friends. And we all have something to say about friendship.

And yet, defining friendship is far more elusive than you might think. What exactly makes a friend? How does one know if one has experienced true friendship?

Socrates urged caution before committing to any friendship but encouraged steadfast loyalty once such a bond is formed:

“Be slow to fall into friendship; but when you are in, continue firm and constant.”

Intriguingly, he does not tell us how to identify a friend.

Abraham Lincoln was similarly obscure when he quipped, “Do I not destroy my enemies when I make them my friends?” The sentiment is wonderful, but surely one needs to know what friendship is in order to transform an enemy into a friend?

Walter Winchell, who spent his career charting the lives of others in his widely syndicated gossip column, defined a real friend as someone “who walks in when the rest of the world walks out.”

Tragically, despite leading a roller-coaster social life, Winchell seems to have experienced more of the latter than the former. During his final the man who single-handedly invented the concept of modern celebrity was a barely remembered recluse; his funeral in 1972 was a lonely affair, attended by just one person – his adopted daughter Walda.

Thomas J. Watson, the pioneering founder of IBM, understood friendship as a relationship which transforms you into a better version of yourself:

A noble ideal, but does it accurately define the friendships we all have with our friends?

So which is it? Are our friends those people who challenge us to be our best, or are they more like a comfortable sweater, allowing us to feel ok just the way we are?

The Torah weighs in on friendship in the portion of Kedoshim, with one of the most quoted biblical verses of all time (Lev. 19:18): וְאָהַבְתָּ לְרֵעֲךָ כָּמוֹךָ – “you shall love your fellow as yourself.”

This enigmatic directive has generated numerous interpretations. One of the earliest is in Pirkei Avot (2:10), where the suggests that we give our friends the same level of respect we expect for ourselves.

The clear implication of this statement is that we are to have more respect for a friend we would ever demand ourselves.

To dismiss this inconsistency as a difference of opinion is problematic; divergent opinions are more routinely quoted side-by-side in the Talmud, and here they are separated by two chapters.

More puzzlingly, Rabbi Eleazar ben position seems to contradict the verse in Kedoshim, where the expectation is explicit – treat your friend as you would yourself, not as you would treat someone greater than yourself.

In Guide for the Perplexed (3:49), Maimonides quotes Aristotle, who noted that people have many different sorts of friends during the various stages of their lives.

Most of these friends are people with whom one shares the simple experiences of life. Nevertheless, although we may enjoy their company, oftentimes we maintain a facade so that our vulnerabilities remain hidden.

Maimonides refers to this kind of relationship as “ ”, which loosely translates as “a relationship of convenience.”

Finding a friend who we can trust with our innermost secrets and weaknesses is exceptionally rare, and almost all of our friendships are “ .”

That is not to say these friendships are meaningless, or even superficial; rather they are more like the friendship described by Glasow, as opposed to the one defined by Watson. That is because a Watson-friendship can only happen when one is absolutely certain that this friend is both dedicated to your growth and motivated for your best interests.

As it turns out, there is no inconsistency in Avot. Each identifies a different kind of relationship.

The majority of our friends – those who fall into the Glasow category – should be treated as we would wish to be treated by them. Most of our friends are in this group, even our lifelong friends. They are people whose company we enjoy and appreciate, but does not venture beyond that.

The Torah directs us to love these friends as we do ourselves, thereby encouraging us to elevate the relationship beyond one of mere convenience and self-interest into one of meaningful affection.

Meanwhile, Rabbi Eleazar ben Shamua is referring to a different kind of friend – those rare friends whose friendship results in us reaching our true potential. This type of friend – the Watson friend – is not just a pal or buddy, rather they are more like a teacher who needs to be venerated and respected.

Most importantly, this is the type of friend we must try to be for so that we are not merely the person who laughs at jokes and listens to complaints.

Because ultimately, the secret of friendship is to remove self-interest from the and to put our friend’s needs above our own.