YOUR THOUGHTS CREATE YOUR FUTURE 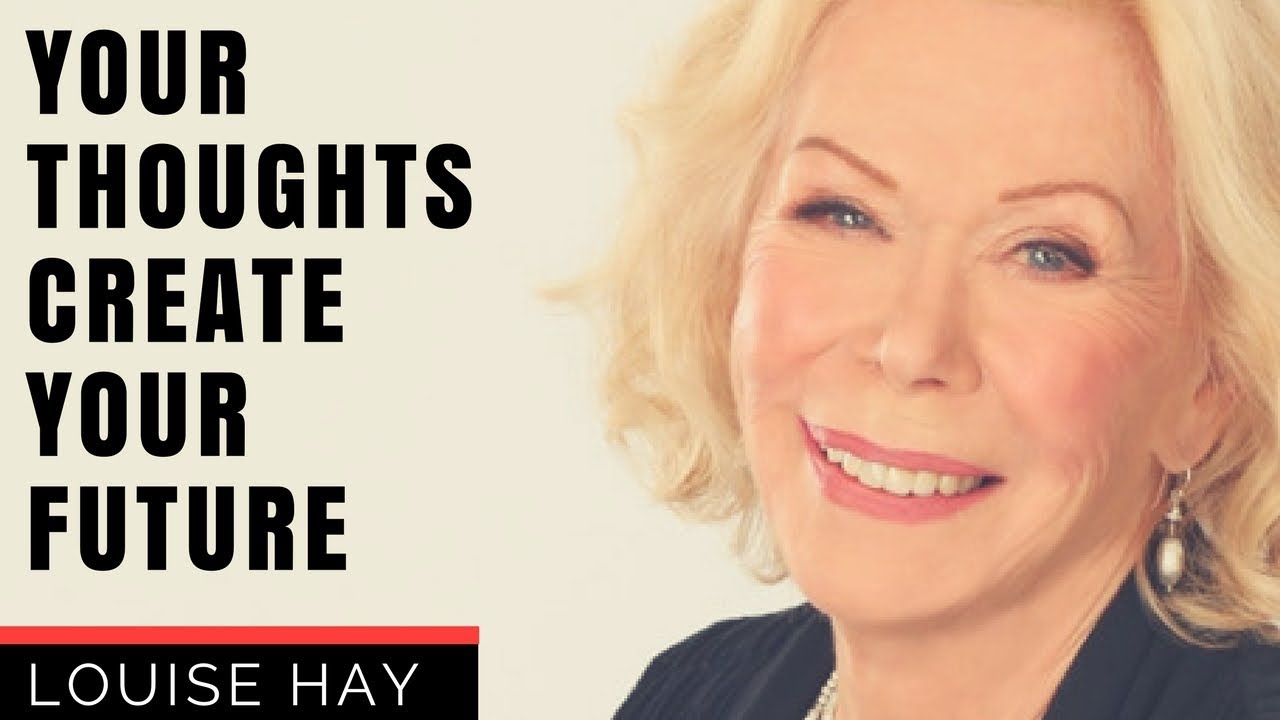 A couple of weeks ago, self-help supremo and bestselling author Louise Hay died in her sleep at the age of 90.

Born into poverty in Los Angeles in 1926, as a young child she was both physically abused by her stepfather and sexually abused by a neighbor. A school dropout at the age of fifteen, she gave birth to a daughter on her sixteenth birthday.

Unmarried and without means to support the baby, Hay was forced to give her up for adoption, and never saw her again. Hay eventually got married at the age of twenty-eight, but the marriage ended in divorce fourteen years later. She would never remarry, nor have any more children.

Just that biography is enough to dampen anyone’s day. What possible hope could someone have after such a horrible start to life? And it only got worse.

In her early 50s, Hay was diagnosed with cervical cancer. But by that point she had stumbled across the teachings of Ernest Holmes (1887-1960) – “New Thought” guru and founder of the Religious Science movement – and adopted his metaphysical theories about a positive mindset affecting one’s physical wellbeing.

Hay later claimed it was this approach that helped see off her cancer, allowing her to live a healthy productive life long after the doctors had predicted her demise.

After beating cancer, Hay became a leading advocate of using positive thinking as a way of fighting off disease, and in 1984 published her bestselling self-help bible, You Can Heal Your Life, which has sold more than 40 million copies in over 30 different languages.

According to the New York Times, “Louise Hay is one of the best-selling authors in history, and none of the women who have sold more — like J. K. Rowling, Danielle Steel and Barbara Cartland — owned a publishing empire, [nor did they] change the spiritual landscape of America and several of its Western allies.”

It goes without saying that Louise Hay had her critics, people who accused her of being overly simplistic, or of giving desperate people unrealistic hope, based on quackery and New Age flimflam.

Although such accusations are not entirely without foundation, they kind of miss the point. While it would be foolish to refuse medical attention at the onset of a fatal disease, in favor of thinking positive thoughts as the curative remedy, every doctor will tell you that patients who have been diagnosed with a potentially fatal illness who choose to adopt a positive approach, are far more likely to pull through than those who regard their fate as signed and sealed. In the end, we are only ever able to make our dreams come true if we don’t see them as dreams, but as credible possibilities.

If anything, the most inspiring aspect of Louise Hay’s life is not actually her upbeat theories about self-belief as the key to health and happiness, but the fact that in middle age, after enduring a miserable life that for most people would have meant a descent into bitter old age, she rose to the greatest heights of success at no one else’s expense, and acted as an inspiration for others to do the same.

Her life story is the living embodiment of making the impossible happen, against all the odds.

Most of us undoubtedly believe New Age optimism and Religious Science metaphysics to be the domain of the gullible and the desperate, but that is not the view of Judaism. In one of his final speeches to the nation he had led for forty years, Moses dismissed anyone who entertained the idea that the commandments of the Torah are ethereal concepts, beyond the reach of mere mortals (Deut. 30:12):

The medieval commentator, Rashi (1040-1105), makes an astounding assertion based on this verse. If the Torah had been in Heaven, he says, we would have been expected to go there and acquire it.

Later rabbis struggled with Rashi’s suggestion, particularly as it seems to undermine the impact of Moses’ declaration.

Of all the suggested answers, I particularly like the solution offered by Rabbi Abraham Bornsztain (1855-1926), author of the seminal work Shem MiShmuel. Rashi is telling us that had we needed the means to get to Heaven to acquire the Torah, God would have given it to us, because the Torah and all of its accompanying obligations must be attainable.

This means that if any part of the Torah seems impossible to us, we should know that we have all been equipped to accomplish and achieve whatever God expects of us.

This idea is a phenomenally liberating concept. Even when Torah obligations seem to be asking us to ascend the Heavens, we need to know that this simply cannot be the case. For some of us it might be daily prayers at the synagogue. For others it might be certain aspects of Sabbath observance. Yet others might find setting aside regular time to study Torah a remote fantasy.

Moses was not suggesting we should see any of these as easy. Instead he was telling us that there is no spiritual aspiration that is impossible if we set our sights on getting there.

Fundamentally, that is the core message of the High Holidays. As we consider our many limitations, and reflect on all our lofty aspirations, we might imagine that any change for the better over the coming year is as remote for us as a journey to Heaven. Moses’ message echoing through the ages is that nothing God wants us to achieve should ever be considered impossible.

And while it may sound like New Age jargon, this idea is deeply embedded in our theology as the bedrock of our faith.