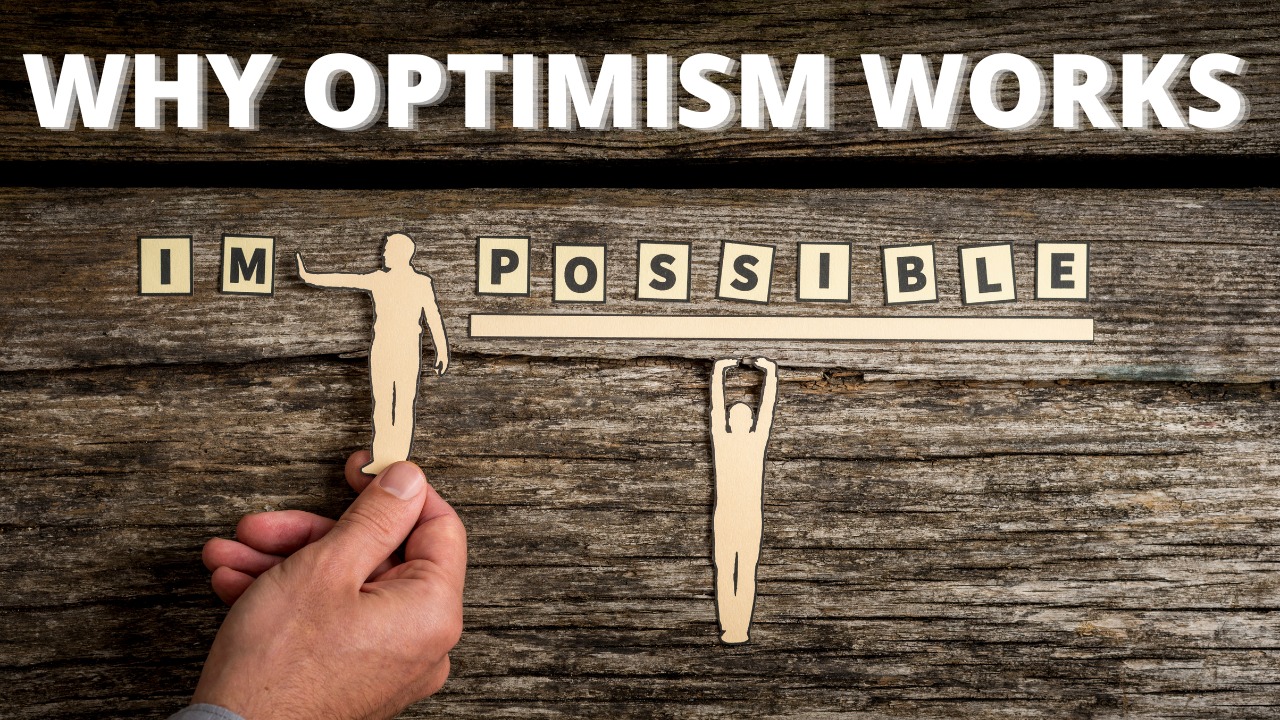 Countless studies have explored the usefulness of optimism as a psychological phenomenon, and all of them have demonstrated that optimists have a higher quality of life as compared to pessimists. Being optimistic significantly affects both your mental health and your physical well-being – for a number of measurable reasons. Optimists tend to lead a healthier lifestyle, they are ready and able to adapt in difficult situations, they are always more flexible than pessimists, because they are able to embrace problem-solving as a solution and tend to handle negative information constructively.

Just to prove the point, here’s a great rabbi story for you. It may be anecdotal, but it sums up the concept beautifully. Someone comes to meet a local community rabbi to discuss whether or not it would be a good idea for him and his family to move into the rabbi’s neighborhood.

The rabbi unhesitatingly nods his head, and says: “absolutely, I think you’ll do very well.”

Soon afterwards another guy walks in to see the rabbi, with the same inquiry. He’s been thinking of moving into the neighborhood, he says, but had recently been having second thoughts.

“I’ve heard that the people in your community are not so friendly, in fact they’re very cliquey. I’ve also heard that there’s not much interest in advanced Jewish learning, and that your community is quite satisfied with what they already know. So now I’m thinking that maybe it’s not such a good idea for me to join this community. What do you think, rabbi?”

Again, the rabbi unhesitatingly nods his head: “you’re absolutely right, I think it would be a mistake for you to move into our community.”

The rabbi’s wife overhears both conversations, and wonders why her husband would give such conflicting responses. Both visitors had the same exact question – “should we move to this neighborhood?” – and yet his response to each of them had been the polar opposite of the other, and it seemed like he had just validated whatever they said. Bewildered, she marches into her husband’s study: “What is going on? Why are you so inconsistent?”

“It’s simple,” he tells her. “Both of them could move into this neighborhood, but the experience will be totally different for each of them. The first guy who came to see me is full of optimism, fully committed to making the move work; his aspirations are unfailingly optimistic and upbeat. And I don’t need to tell you, there are plenty of lovely people in our community who are equally optimistic and aspirational, and they are also hospitable. Let’s face it, these are the people to whom this guy and his family will gravitate, and as a result everything will work out.

“But the second guy couldn’t be more different – his whole vibe is negative. And guess what! His negativity will accompany him every step of the way. The nice people will try at first and quickly be rebuffed for no good reason, while the unpleasant, non-aspirational people will become his obsessive focus, proof that his pessimistic predictions were spot-on. His gloomy outlook will destroy any chance of success before he’s even got to first base.”

Commenting on the final narrative of the Exodus story, Rashi explains that God ordered the Jewish people to take the Pesach lamb into their homes four days before it needed to be killed so that they did a mitzvah which would enable the redemption process to succeed. Or, as God put it, “the time to fulfill the promise I made to Abraham has arrived, and the Jewish people must do something in order to earn the promised redemption.”

Rabbi Ahron Leib Steinman, one of the great rabbinic leaders of the last generation, poses an obvious question. If redemption from Egyptian slavery had already been promised by God to Abraham – which meant it would happen whether or not the Jewish people deserved it – why was it necessary for them to do this mitzvah to “earn the promised redemption”? Surely God was going to keep His promise either way?

Rabbi Steinman’s answer is very revealing, and solidly based on the “optimism is the way to success” idea. If the Israelites were freed from slavery but were not simultaneously invested in the realization of the new nationhood endeavor, their move from slavery to freedom was doomed before it had even begun. God wanted to see a demonstration of their buy-in, their optimism, their enthusiasm, and their willingness to take risks, so that He knew that when the redemption kicked in, it was bound to succeed. By insisting that they took in the lamb – an Egyptian deity – in full view of their tormentors, and then to slaughter it and paint their doorposts with its blood, all done with the optimistic outlook that it would facilitate their redemption from slavery, God was ensuring that the promised redemption wouldn’t collapse the moment or shortly after it happened.

And how right He was. Well over three millennia later we still sit down each year at Seder night, reliving that pivotal moment in our history, as enthusiastic and optimistic now as our ancestors were then, ready to succeed and to build on every success – even when the odds are stacked against us.

If ever the optimism route needed proof of its efficacy, the Exodus story and Seder night are undoubtedly its greatest advocates.