WHY I WEPT THIS WEEK 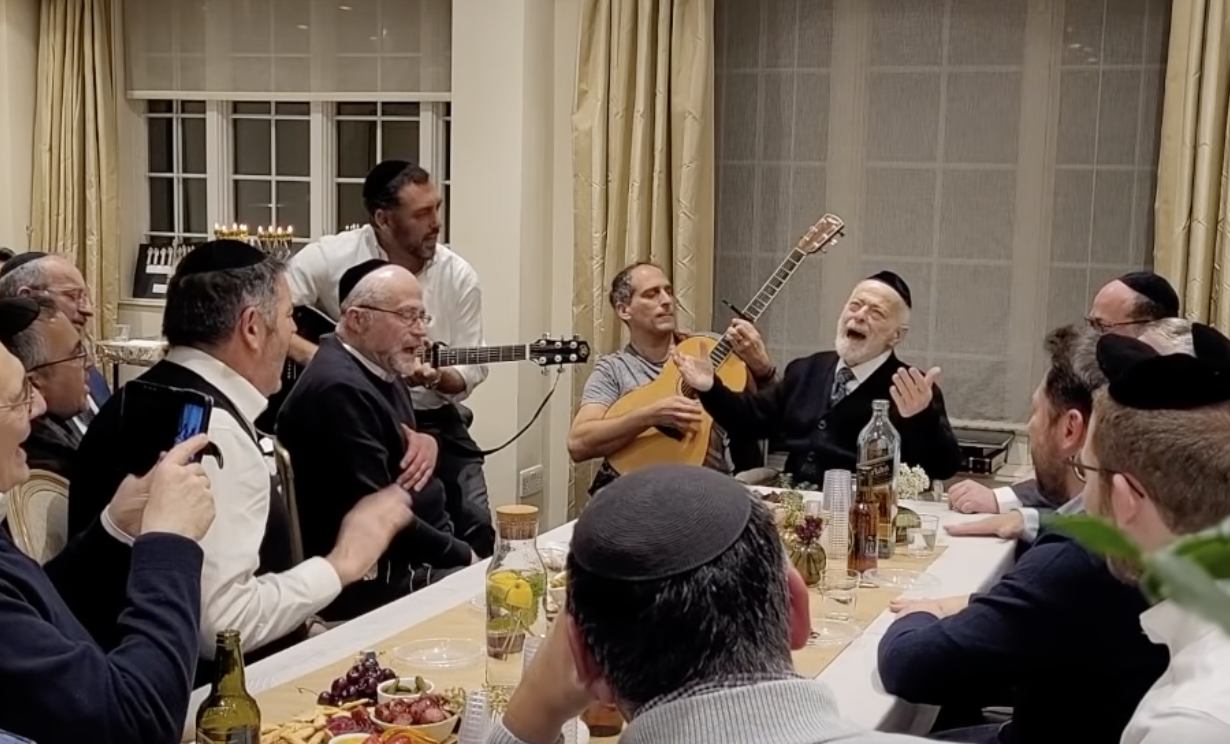 Earlier this week, without warning, I found myself weeping uncontrollably. Allow me to tell you why.

On Sunday night, a few guys came together in London to sing. None of them are professional singers. What brought them together was that all of them – at some point during the 1960s, 1970s and 1980s – had sung in a boys’ choir called the London School of Jewish Song.

This remarkable musical ensemble was directed and conducted by a charismatic Israel-born educator, Yigal Calek, whose flamboyant style and exceptional ear for music propelled his young proteges into stardom across the Jewish world. Curiously, although Yigal Calek was undoubtedly an innovator, he was also deeply traditional. Consequently, while his songs were very much in tune with modernity and the zeitgeist, they were nonetheless firmly embedded in the music of the Jewish yesteryear.

Audiences flocked to the choir’s concerts in London, Paris, Jerusalem, New York and Los Angeles – among countless other cities – and their albums became the musical backdrop for that generation. And that generation was my generation. We all hummed Yigal’s tunes, we used them for synagogue prayers, we danced to them at weddings, and we played the LPs until the scratches rendered the records unplayable.

I sang for Yigal in the mid-1980s. He was a demanding, exacting perfectionist. Rehearsals lasted for hours. Every note had to be perfect, every harmony flawlessly synchronized. But it was all worth it in the end. The results were stunning, and the audience appreciation gushing. And so it continued for a few more years, until eventually Yigal disbanded his choir and turned to other things. From time to time he would reappear with a new group to belt out a few hits in a tribute medley at a variety concert, but that was it. The London School of Jewish Song was no more.

Over the years, whenever we met, Yigal was effusive and charming. In the late ’90s, on one extraordinary bus trip to a wedding in Gateshead, we sang together – and it was like old times. At one point we bantered about one of his songs that I said sounded similar to an early Shlomo Carlebach tune. He disagreed. We sang it. He still disagreed. Then we sang some more, moving on to other songs. It was as if we were back in the heady era of the choir’s heyday. Time stood still.

More recently Yigal suffered some very difficult health issues, and word went around that he needed our prayers. Yigal Yisrael ben Blima Gitel. Thankfully he emerged from danger, but his health remains fragile. And so it was that a few of the old choir “boys” decided to arrange an evening of song and nostalgia to cheer his spirits. Last Sunday night, the last night of Chanuka, the impromptu gathering took place – just a couple of dozen guys around a table at someone’s home in Golders Green. Most of them are already grandfathers, all of them were there to cheer up their childhood hero.

By Monday morning, a few cellphone video clips had emerged, and I posted some of them on my Twitter feed and on Facebook. But I was caught completely off guard. For as I watched the clips – I found that I just couldn’t stop crying. Others who contacted me said the same thing. Tears flowed down our cheeks as we watched this bunch of guys in their 50s and 60s singing songs they haven’t sung together for over 35 years, in perfect 3-part harmony, under the direction of an elderly, frail Yigal. And Yigal – I just couldn’t take my eyes off him. With every passing minute and with each delicious note, his smile became broader, and his face brimmed with pleasure and pride.

A couple of hours after I first tweeted the clips someone sent me the full video file. It was very large, and I didn’t want to lose it, so I posted it to my YouTube channel and sent the link to a few friends. Within hours it went viral, and after just a couple of days the video has already exceeded 30,000 views. Go figure, as we say in the United States.

Well, I can’t just leave it at that. A phenomenon like this demands an explanation. Yes, Yigal’s tunes are quite well-known, but that is not enough of an explanation for such an outpouring of emotion and such incredible depth of feeling. There really has got to be something more. I’m not totally sure I’ve nailed it, but a wonderful insight into this week’s parsha might hold the key. Before Joseph revealed himself to his brothers at the beginning of Parshat Vayigash, he began to weep, and the verse informs us that the whole of Egypt were aware of his cries. It was at this exact point that he said something quite strange to his brothers: אֲנִי יוֹסֵף הַעוֹד אָבִי חָי – “I am Joseph, is my father still alive?” (Gen. 45:3)

All the commentaries are astounded by his question. The brothers had told Joseph several times that their father – his father – was still alive. Why was he inquiring about something he already knew? Of the many answers suggested, it is the one proposed by the Igra Dekalla, Rabbi Tzvi Elimelech Spira of Dinov (1783–1841), that truly stands out. As the Torah makes clear, at the point of revelation Joseph was totally overcome with emotion and he wept. Suddenly the penny dropped: he might be the political ruler of Egypt, and he might be dressed as an Egyptian prince, but od avinu chai – the od, the foundation, of Jacob still lived within him. It wasn’t a question; it was a statement. Despite everything he had been through and everything he had experienced, at his core he was still Jacob’s son, and Jacob was still his father.

Strikingly, the Igra Dekalla proves his point from a verse in Tehillim (Ps. 146:2): אֲהַלְלָה ה’ בְּחַיָּי אֲזַמְּרָה לֵאלֹקַי בְּעוֹדִי. The simple translation of the verse is this: “I will praise God all my life, I will sing songs to my God while I exist.” But to Rabbi Tzvi Elimelech Spira of Dinov the last word of the verse – be’odi – conveys much more than the simple translation. What it means is that for a person of true faith, faith is their very foundation and the innermost seat of their emotions – hence the singing. Joseph had been in Egypt for 22 years, but – as he suddenly discovered when he welled up with tears – his od was alive and well, and it was the beating heart of who he was.

This week, as I and thousands of others heard the music of Yigal Calek’s legendary choir rendered at an informal gathering in London, our souls weren’t stirred by a symphonic extravaganza. Absolutely not. Rather, those evocative tunes put us in touch with our od – instinctively we knew od avinu chai. That is why we wept, and that is why we will continue to weep.

To watch the Yigal Calek reunion kumzitz, use this link.