WHAT YOU DO IS WHO YOU ARE 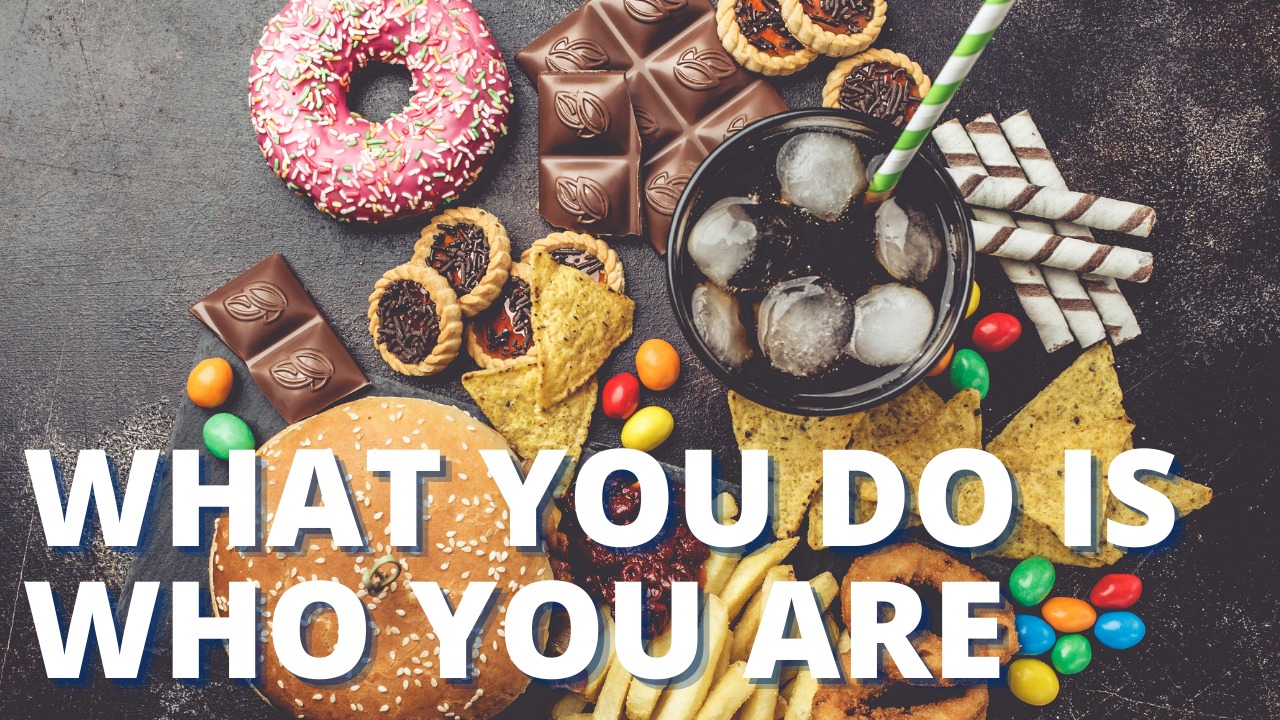 “If you smoke less and drink less,” Sir Winston Churchill’s doctor is purported to have told him, “you’ll live longer.”

“Oh no, my good man,” responded Churchill, “it will just seem longer!”

Churchill was 90 years old when he died in 1965 – remarkable longevity for someone whose lifestyle was so notoriously unhealthy. In 1940, US Secretary of the Interior, Harold Ickes (1874-1952), recorded President Roosevelt’s views regarding Churchill’s fondness for alcohol. “The president said that he supposed that Churchill was the best man that England had, even if he was drunk half of his time.”

With a cigar constantly in his mouth, and a drink never very far away, Churchill is often cited as a prominent exception to the rule that unhealthy living leads to premature death – he beat the odds and lived to a ripe old age, although his later years were plagued by ill-health, and he suffered several strokes and frequent bouts of pneumonia.

The important point is this – an exception is exactly that: an exception. Countless scientific studies have proven that unhealthy living is the primary cause of premature death. Every year in the United States, almost 900,000 Americans die earlier than they should, and data shows that nearly all of these premature deaths are linked to lifestyle. Which means that the deaths are preventable.

These numbers should give us all pause for thought. Our system of thinking is based on the idea that one-off acts cause the most harm – but the truth is, long-term lifestyle neglect and bad habits are a far graver threat to our lives. And it is insidious, because at no stage until it is too late do we realize just how vulnerable we are as a result of our poor lifestyle choices.

We might even justify our lifestyle choices, or claim that they are harmless, and proceed merrily on – even as the damage builds up. Contrast that with when we do something wrong out-of-character – we know it’s wrong, we regret it, and then we go back to doing the right thing. But if we don’t know that what we are doing is wrong, we will have no protection when it crystallizes as a grave threat. And by then, no amount of regret can undo the injury.

Remarkably, this idea is embedded at the heart of one of the key passages in Parshat Ki Tissa. The crowning accomplishment of the atonement achieved by Moses for the Jewish people after the sin of the Golden Calf was the articulation of God’s thirteen attributes of mercy, to be used for all time as a formula for repentance.

The Talmud (Yoma 36b) deliberates whether this order should be retained for the formal prayer of confession recited on Yom Kippur, and interprets the three words using various source texts to see if the progression makes sense. Thus, avon means a deliberate sin, while pesha means an act of rebellion. The final term, chata’ah, refers to a sin that is committed unwittingly.

The Talmud is puzzled by this order. Shouldn’t chata’ah come first? Wouldn’t it make more sense to ask God to forgive an unwitting transgression before the other two? Surely chata’ah is less serious than a deliberate sin or an act of rebellion against God. So why is it the last one on the list? The Talmud offers a homiletic explanation, but the “Netziv” – Rabbi Naftali Tzvi Yehuda Berlin (1816-1893) –in his commentary on this verse, offers an illuminating insight that sticks closely to the literal meaning of the words.

In reality, says the Netziv, an unwitting sin is worse than a deliberate sin. Every person falls prey to momentary lapses of judgment – that’s just human nature. Suddenly, out of nowhere, a person is tempted and can end up doing something wrong. Undoubtedly, such wrongdoing is an intentional act, but at the same time, it is one-off and out of character.

And once the aberrant act is over, things go back to normal – which means that person goes back to leading an upstanding life: always doing the right things and behaving properly. Obviously, they will have to atone for the sin – but the sin is isolated, and it can be addressed on that basis.

Inadvertent sin, however, is quite different, and far worse. When someone has slipped into a lifestyle that enables them to commit unwitting acts of transgression without even realizing they have done anything wrong, that is far worse than leading a good life and having an occasional moment of weakness.

People might think that their persistent bad habits are not bad at all – they may even think of them as mitzvahs. They might justify them, they may rationalize them – they could even celebrate them as the true path of faith.

In definition terms their transgressions against God are unwitting, the result of being ill-informed or of not having gone to the effort of informing themselves properly – but practically speaking, the results of such behavior are far worse than the results of a one-off sin.

Bad habits are not just a one-off lapse that are easily corrected – rather, they represent a fundamental lifestyle flaw that results in a long-term ongoing threat to one’s spiritual wellbeing. Which is why chata’ah comes last on the list of three.

The Canadian psychologist, Jordan Peterson, has reflected on the destructive nature of bad habits, and has this to say: “Once someone has spent enough time cultivating bad habits and biding their time, they are much diminished, as much of what they could have been has dissipated.”

So true, and it is a message that we must always remain acutely aware of.