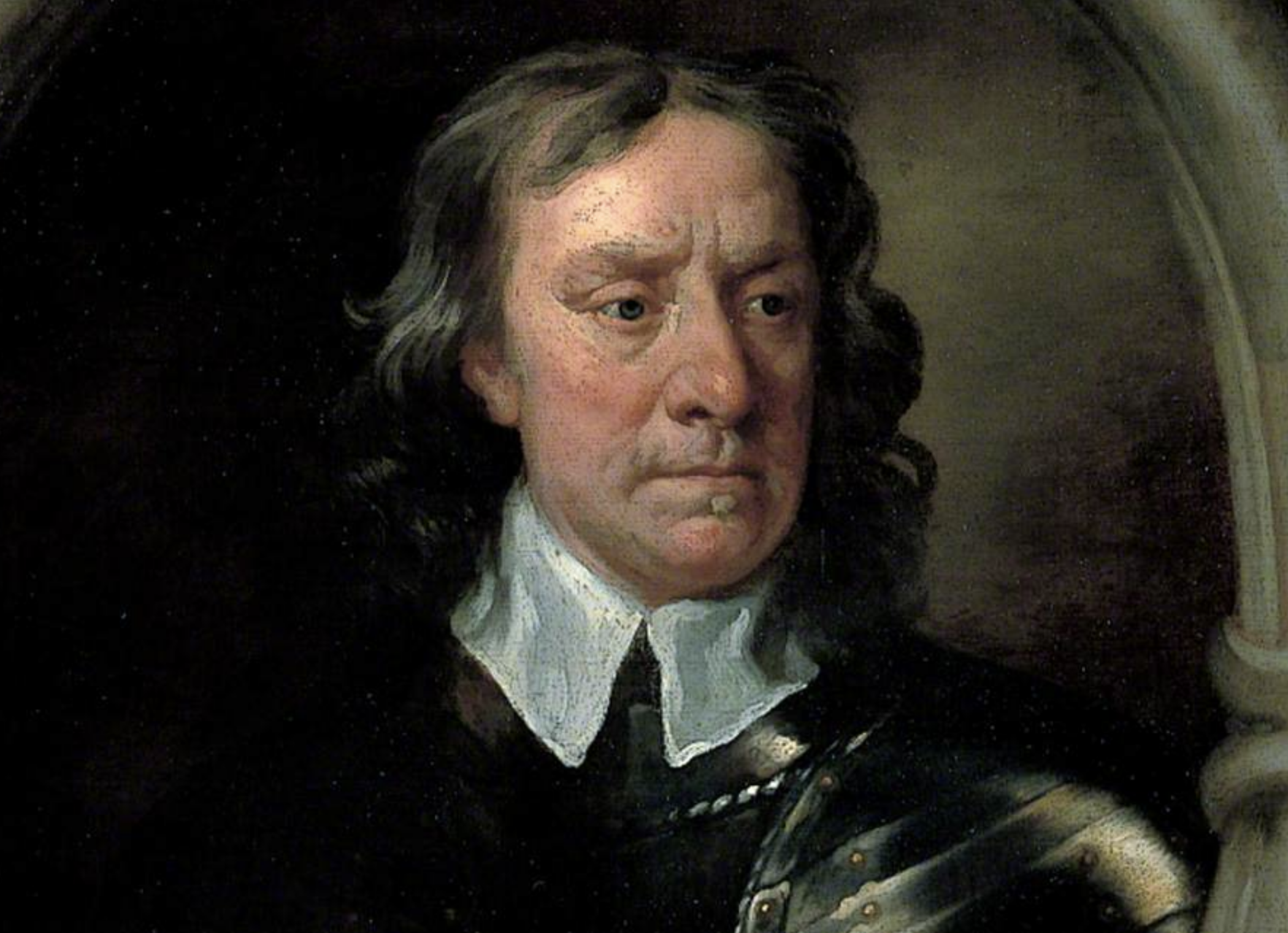 In his quirky book series Anecdotes of Painting in England, the flamboyant eighteenth-century art historian and littérateur, Horace Walpole, recalls the story of Oliver Cromwell’s first encounter with the artist Sir Peter Lely, who had been engaged to paint Cromwell’s portrait after he became Lord Protector of the Commonwealth of England, Scotland, and Ireland, deposing King Charles I and authorizing his execution.

Convention demanded that portrait painters improve the appearance of their subject, so that the less attractive aspects of their features would not be recorded for posterity.

In particular, monarchs and political leaders expected to appear younger and better looking in any portrait commissioned for public display.

But apparently Cromwell, a devout Puritan, was not interested in any convention based on vanity.

“Mr. Lely,” he said, “I desire you would use all your skill to paint my picture truly like me, and not flatter me at all; [make sure that you include] all these roughnesses, pimples, warts, and everything as you see me, otherwise I will never pay a farthing for it.”

The bemused artist went ahead to paint a rather unflattering depiction of Cromwell, and as a result the expression ‘warts-and-all’ found its way into English idiom.

Our modern culture is no less obsessed with perfection. Computer graphics airbrushing software enables photos of models and movie stars to be retouched before publication, altering their appearance by improving skin tone, erasing acne and warts, and even changing body shapes.

Although, as it turns out, the effects of such enhancements and the false reality these transformed images project have turned out to be a problem. A Daily Mail article in 2008 reported that magazine editors were “being urged to curb the use of airbrushed models… after an inquiry into the health of models found that unrealistic images on posters and in glossy magazines created an unhealthy and impossible ideal for women.”

And it’s not just looks. The demand for perfection has also invaded the world of politics and business. Oliver Cromwell shrewdly understood that the British monarchy’s downfall was in part because of the false image of flawlessness it had projected, an image that was shattered when it became clear that King Charles was far from perfect.

By allowing Lely to paint him exactly as he was, Cromwell subtly conveyed the idea that he was just an ordinary guy, with warts, scars and bad hair, and could therefore make mistakes just like any other ordinary guy who might find themselves appointed Lord Protector of England.

If only our contemporary media could take a leaf out of Cromwell’s book, and not use warts as the only defining characteristic of the people they cover.

Our culture demands that all heroes have to be paradigms of perfection, while anyone who is not perfect is by definition a villain – so much so, that any good they do is totally negated by the fact that they are by default evil.

This view of the world is a ‘tale as old as time’, originating in ancient pagan culture that built up heroic gods whose munificence and faultlessness could never be questioned or doubted, while evil was the purview of designated bogeymen.

Judaism utterly rejects this notion, and our greatest heroes often struggled, while our most glorious moments were often tainted by tragedy. Most remarkably, this is exactly the way the Hebrew Scriptures presents it all.

The contrast between pagan perfection and the Jewish embrace of defects and challenges is at once stark and theologically refreshing. After all, if someone like Moses struggled, and if everything good that happened to the Jewish nation also involved arduous moments, there is hope for all of us, especially when we can see a reflection of our own rollercoaster lives in these biblical personalities and narratives.

And nowhere is this contrast better demonstrated than in the portion of Yitro, when the pagan priest Jethro comes to join his son-in-law Moses in the Sinai wilderness, after hearing of the miraculous events that resulted in the redemption from Egypt.

The portion begins by telling us that Jethro heard all that God had done for Moses and the Israelites, namely how He had brought them out from Egypt.

A few verses later, after Jethro is reunited with Moses, we are informed that “Moses told his father-in-law everything that God had done to Pharaoh and the Egyptians for Israel’s sake, and all the hardships that had befallen them on the way, and how God had delivered them.”

This is puzzling. Why did Moses give his father-in-law information he had already heard? Surely it was precisely the story of all that had happened which motivated Jethro to abandon Midian in the first place?

The first rebbe of the nineteenth-century Radomsker Hasidic dynasty, Rabbi Shlomo Hakohen Rabinowicz, picks up on the differences between the description of what Jethro had heard and what Moses later told him.

Jethro heard about all the glory – the airbrushed version of the story with the happy ending. And while he may have heard about some suffering, once everything was over it was only the victory that mattered – at least in Jethro’s pagan version.

But when Moses related his version of the story, it wasn’t just about the happy ending – the Jewish version also included the suffering of the Egyptians, and the hardships the Israelites had to endure to get to where they were now. In other words, it is not only the end that counts, because that goal will never be reached without all the warts along the way.

Indeed, the struggles involved in grappling with and ultimately overcoming evil is an integral part of God’s plan from the beginning, and in the Exodus story was predicted as part of the covenant made with Abraham centuries earlier.

After Moses finished his account, the Torah tells us (Ex. 18:9): וַיִחַדְ יִתְרוֹ עַל כָּל הַטּוֹבָה אֲשֶר עָשָֹה ה’ לְיִשְרָאֵל – “Jethro rejoiced over all the kindness that God had shown Israel.”

The Radomsker Rebbe notes that the word “vayichad” – an unusual Hebrew word to use for ‘rejoice’ – can also mean ‘unify’. The idea this conveys is that Jethro had a eureka moment after hearing Moses’ version, and he understood that the correct approach is to see the whole picture – warts-and-all – as the ultimate truth.

No person or journey is ever perfect, and paradoxically, it is this imperfection that is the ultimate form of perfection.