VENTURING BEYOND THE COCOON 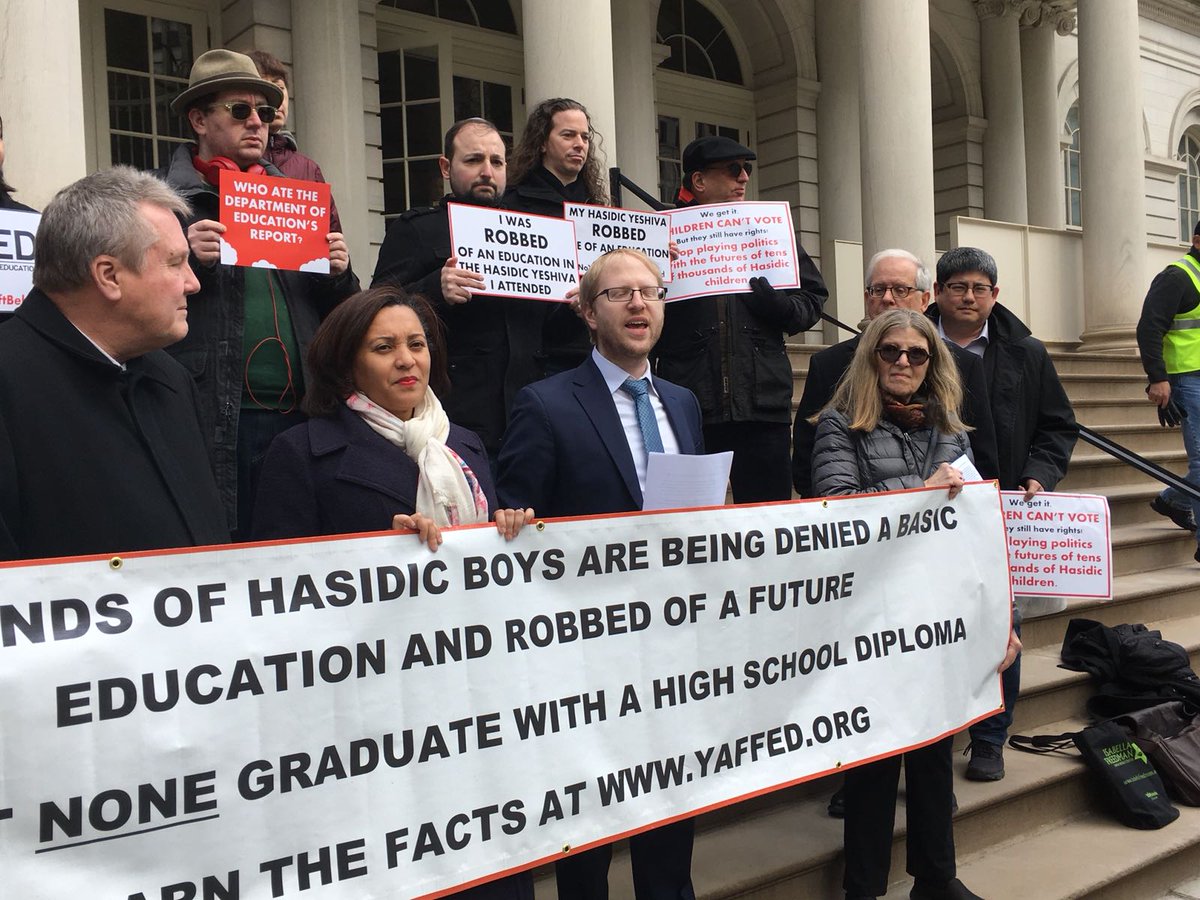 It is an unusual partnership of radically different subgroups. A coalition of strictly-Orthodox Jews, devout Catholics, and elite private schools in New York are joining forces to oppose an initiative that would impose what they are required to teach in their educational establishments.

A range of regulations from New York state’s Department of Education intends to ensure that all private schools will provide a level of education that is at least as good as that provided in public schools.

Those who oppose the new regulations claim that not only are these regulations unnecessary, they also pose an unlawful threat to their autonomy.

But a number of brave Jewish advocates vehemently disagree, pointing out that numerous graduates of strictly Orthodox yeshivas complain that they received inadequate secular education during their formative years, ultimately meaning that they were unable to financially support themselves and their families.

There are approximately 160,000 students attending around 450 yeshiva schools in New York state, and, if the proposed regulations become the new reality, most of these schools will need to significantly alter their curriculums.

According to Chaim Dovid Zwiebel, face of opposition to the changes, “the large majority of Jewish schools across New York state would have to make significant changes in their daily schedules and de-emphasize considerably the Jewish studies part of the day and … compromise the very mission that these schools were created to carry forward.”

Rather than across-the-board regulations, Zwiebel and those he represents believe that this matter should be addressed on a case by case basis.

But Naftuli Moster, founder of the lobbying organization YAFFED, totally opposes this approach.

“The yeshivas just want to continue doing what they’ve been doing, which in our view is mass educational neglect and depriving kids of an education, subjecting them to lives of poverty and dependence on government assistance,” Moster told JTA.

I grew up in the Haredi world, and went to Haredi yeshiva schools in the UK. But unlike the institutions referenced by Moster, our schools, with the full support and encouragement of all the rabbis and parents – including mine – insisted that we receive a full secular education, which included sciences, languages, and English literature.

I went on to spend several years in post-high-school yeshivas, studying Talmud and Jewish law, after which I entered college alongside gentile public and private school graduates, utterly unapologetic and completely firm in my Jewish faith, without feeling the slightest pressure to compromise either my observance or my beliefs.

There are many such yeshivas in New York. Why they have chosen to align themselves with retrograde educational institutions that insist on short-changing their students is an utter mystery to me.

Privately, many of the signatories have admitted that they feel the state regulations are fair-minded and reasonable. Nevertheless, under pressure from forces within the community, they felt compelled to add their names to the protest.

What strikes me as utterly dishonest is that the vast majority of these mental health professionals were not educated in the kind of orthodox educational institutions these regulations are aimed at improving. How do they have the right to deprive Jewish children of the very education that enabled them to reach their own educational goals?

The portion of Va’etchanan records Moses pleading with God to be permitted entry into the Promised Land. The commentaries puzzle over Moses’ preoccupation with being allowed into Canaan. After all, he had done his duty by bringing the nation out of Egypt and delivering them safe-and-sound to the borders of Eretz Yisrael.

According to the late dean of Mir Yeshiva in New York, Rabbi Shmuel Berenbaum, orthodox Jews in the modern world represent Judaism in its finest hour because of the many unique challenges they face. In his view, the fact that so many orthodox Jews are willing to lead a life of Torah and , despite the allure of modernity and low-hanging materialism, is nothing short of a miracle.

When our patriarch Jacob finally heard that his beloved son Joseph was alive, he said (Gen. 45:28): אֵלְכָה וְאֶרְאֶנוּ בְּטֶרֶם אָמוּת – “let me go and see him before I die.”

The commentaries wonder why Jacob mentions his death; he could simply have said he wanted to see Joseph. What was the point of proposing such a morbid condition?

“Right now,” he would say, “for the price of a train ticket you can see a great rabbi like the Chofetz Chaim. Who knows whether that will be possible in the next world?”

That is what Jacob was saying. He wanted to see Joseph in this world, while he still could. Even the foremost of our forefathers, Jacob, felt that Joseph was a cut above the rest. Despite being thrust into a foreign culture, he had confronted the challenges and temptations of Egypt and remained true to his heritage and tradition, the only one of Jacob’s children referred to as “HaTzadik” – “the righteous”.

Moses, too, wanted the opportunity of living a Jewish life beyond the idyllic cocoon of the wilderness generation. Only in Eretz Yisrael, deeply embedded in the midst of external influences, can the true greatness of Judaism be experienced, and Moses coveted that opportunity with all his heart.

Our generation has a unique challenge, but undoubtedly it is one we can readily overcome. We may be surrounded by a host of hostile influences, but rather than hiding in a hole and failing our destiny, we can rise to the challenge and excel in our faith, support our families, and be a shining example of God’s mission – not by rejecting secular knowledge, but rather by embracing it with the confidence of our heritage and our traditions.

Yes, all of us can rise to the greatness of Joseph – the kind of greatness that even his father Jacob envied, and that Moses wanted too.

Image: Naftuli Moster and YAFFED activists protest the lack of secular education in some orthodox schools.