The horrific news dispatches from Israel, with Hamas rockets raining down on the civilian population as they cower in bomb shelters prompts Rabbi Dunner to examine the curious phenomenon of flags among the tribes of ancient Israel, as found in Parshat Bamidbar. Each tribe had its own flag, and yet they were all part of one nation. A fascinating Midrash sheds light on this anomaly, and Rabbi Dunner relates it to the current reality in Israel.

THE DANGER OF EXTREMISM

A CASE OF MISTAKEN IDENTITY (PODCAST)

A CASE OF MISTAKEN IDENTITY 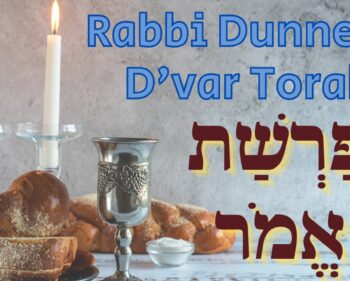 THE DANGER OF EXTREMISM

The story about the blasphemer at the end of Parshat Emor is shocking. What drove him over the edge so that he cursed God? The Medrash fills in the gaps... Read More