TURNING SLOGANS INTO SOMETHING REAL 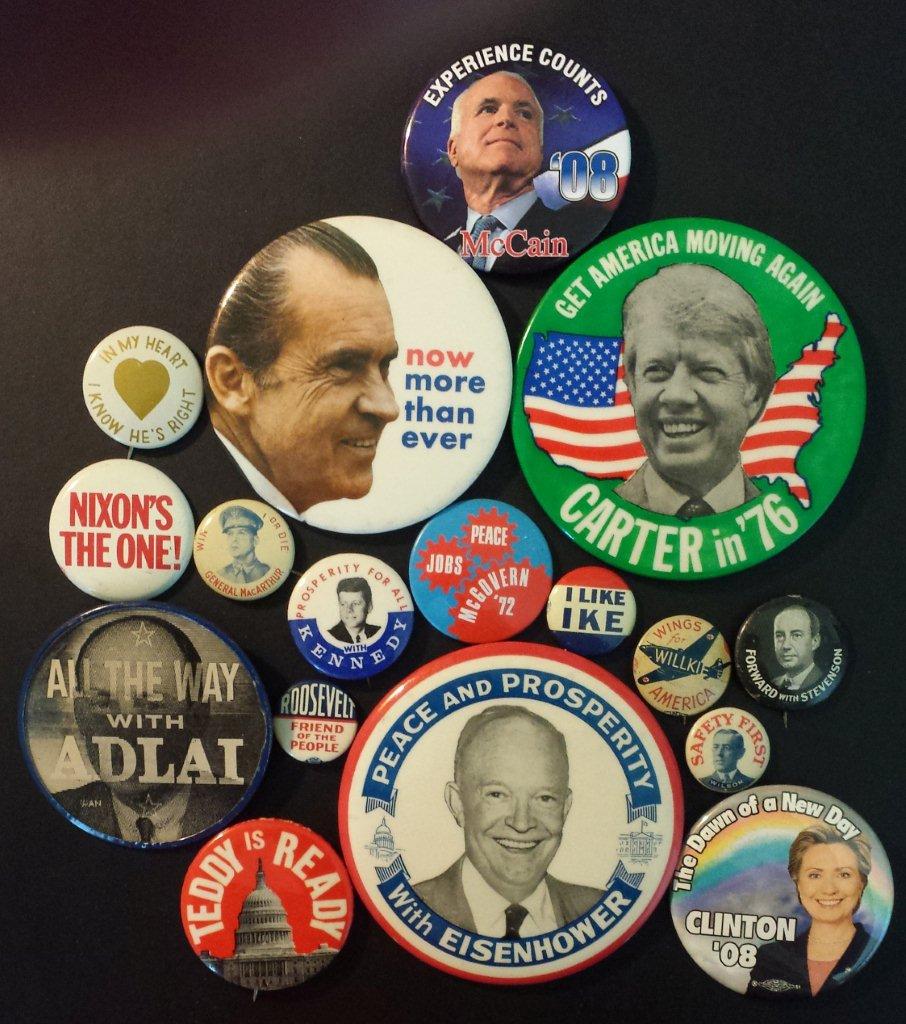 This week I did some research on the history of U.S. Presidential campaign slogans.

Of course, there is a website dedicated to this exact subject, along with numerous other online resources offering insights into the historical circumstances and politics that fed into each particular slogan.

Some of them are very obscure. In 1844, James K. Polk ran under the slogan “54-40 or fight”, apparently referencing a longstanding dispute with Great Britain over a piece of territory in Oregon.

If the point of a slogan is to confound, this one was certainly a winner, although it was not just Polk’s slogan that baffled people – apparently Polk was such an unknown quantity, he confounded voters even without a catchy slogan, leading his opponent, Henry Clay, to run under the catchphrase “Who is James K. Polk?”

In 1884, Grover Cleveland ran with this unlikely tag: “Blaine, Blaine, James G. Blaine, The Continental Liar from the State of Maine”. I guess it worked, because Blaine lost the election. His own slogan – “Ma, Ma, Where’s my Pa, Gone to the White House, Ha, Ha, Ha” – was a reference to Cleveland’s alleged fathering of illegitimate children. How either of these two slogans projected any useful information about the candidates’ policies is a moot point.

In the end, as we have recently discovered, it’s always only about winning. Ask Abraham (“Vote Yourself a Farm”) Lincoln, or Dwight (“I Like Ike”) Eisenhower.

But is it only about winning? In 1916, Woodrow Wilson ran under the slogan “He kept us out of war”, namely the First World War, then raging in Europe and the Middle East. Then, within four months of beginning his second term, Wilson announced that American neutrality was no longer tenable.

He spent the rest of his presidency vigorously advocating ever-more convoluted strategies to resolve the shifting sands of conflict among the industrialized nations of the world, damaging his health and his standing, both irreparably, a fate he might have avoided had he not been so stubborn about American neutrality.

Republican president Herbert Hoover’s fate was even more tragic. Having promised his voters he would put “a chicken in every pot and a car in every garage”, his presidency was hit by the stock market crash of 1929, which in turn precipitated the Great Depression and twenty years of Democrat presidents.

In case you’re wondering, my interest in slogans and promises was ignited by the dawning realization that many of Donald Trump’s election promises were nothing more than dramatic hyperbole designed to get our attention, rather than policy commitments backed by well-considered strategies to see them implemented.

And yet, while I understand the desire to scrutinize the president-elect, and hold him accountable, I think that doing so actually misses the point.

The description in the Torah portion of Chayei Sarah of Abraham’s purchase of the ‘Cave of Machpela’ as the burial site for his wife Sarah seems overly long and detailed.

Abraham clearly wants to buy this piece of real estate, and is willing to pay any price for it, which is odd, as everyone he engages with makes it abundantly clear he can bury Sarah there at no cost, and he would not be compelled to buy the land.

Abraham’s single-minded persistence prevails, and he ultimately takes legal possession of the land before burying his wife.

But why was Abraham so determined to buy this land, and why was he willing to pay any price for it?

The Midrash reveals that Adam and Eve were buried there, but although this explains why Abraham was so fixated with the location, it does not explain why he had to buy it.

This passage is immediately followed by another one describing the search for a suitable wife for Abraham’s son, Isaac. Abraham is assertive, even anxious, demanding that his servant does exactly as he is told, namely to find a wife for Isaac who is not a Canaanite girl, from the country of Abraham’s origin.

What was the sudden panic? God had promised Abraham on numerous occasions that his family would develop into a populous nation. What suddenly prompted Abraham to get into gear and ensure that it happened now, without delay, and in this particular way?

Sarah’s death came as a terrible shock to Abraham. Although he had lived in Canaan for over sixty years, and had heard God promise him the most wonderful things, it suddenly dawned on him that he was in exactly the same position now that he had been in when he first arrived – no land of his own, and no great nation — just one unmarried son.

Abraham’s life had always been so intertwined with Divine involvement that he thought God’s promises would simply materialize without any intervention. It took Sarah’s death for him to see things  differently. He realized that knowing something will happen in the future is not meaningful if we have no role in making it happen. God may have made promises, but those promises amounted to nothing if Abraham didn’t act.

God’s promises are a vision of possibilities, possibilities that we must turn into reality by taking the necessary steps to ensure they happen.

Rather than looking to presidents and politicians to turn slogans into a better future, we must be the force for change so that a better future becomes the reality we all desire and require for our children and grandchildren.

The president-elect and his opponent may have painted a picture of some version of a future we all yearn for, but each of us has to make the first move in the direction of those promises and make them happen.