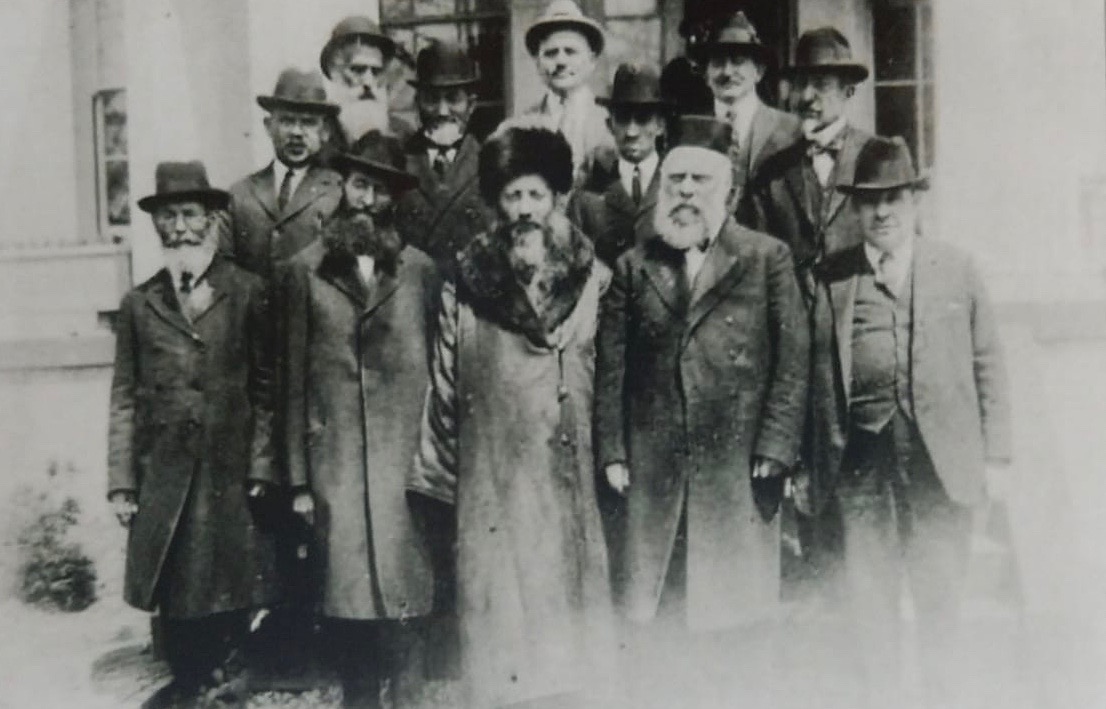 Earlier this week, in the final lecture of this season’s Jewish History series at my synagogue in Beverly Hills, I recalled the life of Rabbi Avraham Yitzchak Hacohen Kook (1865-1935), known to most people simply as “Rav Kook”, undoubtedly one of the most remarkable rabbinic leaders of the past two centuries.

A visionary with the disposition of a saint, Rav Kook developed a unique religious foundation for the emerging reality of a Jewish sovereign state in the Land of Israel, and although he died in 1935, 13 years before the establishment of Israel, his far-reaching theological concepts continue to inspire new generations, helping them appreciate Zionism and the miracle of Israel, which he firmly identified as the launchpad for Messianic redemption.

Rav Kook is best remembered for establishing a Chief Rabbinate for Eretz Yisrael in 1921, and for his highly original works, particularly “Orot”, published in 1920, amidst furious opposition from the more conservative elements of the orthodox community.

Less well known is his attempt to create an umbrella organization for Torah-observant Jewry incorporating both pro- and anti-Zionist factions, to operate in parallel with the secular-Jewish controlled Zionist movement, as a vehicle to promote the religious significance of Jewish hegemony in the Promised Land.

The organization, called Degel Yerushalayim, was launched in 1918, but never really got off the ground. Rav Kook dispatched his son, R. Tzvi Yehuda Kook, to visit Jewish leaders across Europe to galvanize their support, but the reaction was lackluster, exposing the sedentary nature of traditional Jewish leadership, who feared the outcome for Jewish life of any major shift in focus, and were united in their unwillingness to embrace a proactive redemption narrative.

In his excellent article on Degel Yerushalayim, Yosef Avnery describes Rav Kook’s attempts to reassure the Zionist leadership – including the religious Zionist movement Mizrachi – that he was not trying to undermine their political efforts, by telling them he was merely going to augment their efforts by giving political Zionism a religious parallel.

Nevertheless, says Avnery, it was clear that “the very establishment of Degel Yerushalayim signified disappointment, if not despair, at the Zionist movement ever serving as the instrument through which the traditional national vision would be implemented.”

Sadly, Degel Yerushalayim found itself caught between Mizrachi Zionists who were unwilling to risk losing their influence, limited though it was, within the mainstream Zionist movement; and the conservative rabbinic establishment, who saw any innovation as risky, and who were particularly concerned that involvement with this new idea might unintentionally lead people to believe that they supported Zionism.

The organization had isolated chapters in various cities, and sputtered along for a few years before disappearing without trace. But looking back with the benefit of hindsight, we can see how prophetic the concept was. Once the political goals of Zionism were achieved, only religious commitment, powered by deep faith in the role a Jewish state plays in our historical aspirations as a people, would keep the passion burning.

According to the medieval commentator Rashi (Ex. 12:6), God ordered the Jewish people in Egypt to take the Passover lamb into their homes four days before it needed to be killed so that they would have a mitzvah to merit the reward of redemption. The time to fulfill Abraham’s covenant had arrived, and the nation needed to do something to earn the pledge.

Rabbi Shmuel Bornstein notes that there are two aspects to exile: the physical exile in a foreign land, living under oppressive conditions; and the spiritual exile, namely the loss of our ability to perform God’s commandments properly, resulting in a diminished spiritual existence. Abraham was told his children would have to endure a physical exile, but it was the conflict between Joseph and his brothers that resulted in a spiritual decline, and this exile also required a redemption.

There is no doubt that God would have fulfilled his promise to Abraham of redemption from Egypt for his descendants no matter what, but what would that redemption have been worth if all it amounted to was a redemption from the physical restrictions of slavery in Egypt?

God was determined that His people also be redeemed from spiritual bondage, and that could only happen if they heeded his commandments, and became conscious of their spiritual role in God’s world. By taking the lamb into their homes they demonstrated a commitment to God and to their heritage as Abraham’s spiritual heirs, especially as the Passover lamb would be shared by many, eaten together at a meal that would celebrate Jewish spiritual identity and our commitment to God’s mission.

For Rav Kook, the idea of a Jewish state was not just to provide a solution to the “Jewish Problem” as it was to so many others, Jews and gentiles, for whom the “problem” of a Jewish minority in the diaspora needed to be resolved by the creation of their own homeland, giving an identity to a stateless people who had struggled to survive endless persecutions and prejudice.

Although Rav Kook knew this was important – even crucial – it was equally if not more important that this be coupled with a spiritual revolution, a renewed commitment to Jewish faith that would enable physical redemption to result in a Messianic era, as promised by the prophets of our bible, and by every traditional text of Judaism.

Our job as Jews today is no longer to ensure the goals of the Zionist project – after 70 years of Israel those goals are thankfully well behind us. Our goals today must be to revive the ideals of Degel Yerushalayim, and to ensure that our physical redemption is coupled with a spiritual redemption, achieved through an ever-greater commitment to Torah and mitzvot in every aspect of our lives, so that we merit to greet the Messiah.

Photo: Rav Kook with Jewish community leaders in Washington DC just before his meeting with President Calvin Coolidge in 1924. To his right, Rabbi Gedalia Silverstone (1871-1944); in the middle of the third row, Rabbi Moshe Yoelson (1858-1945), father of the Hollywood star Al Jolson.