TO BE KNOWN AS A JEW 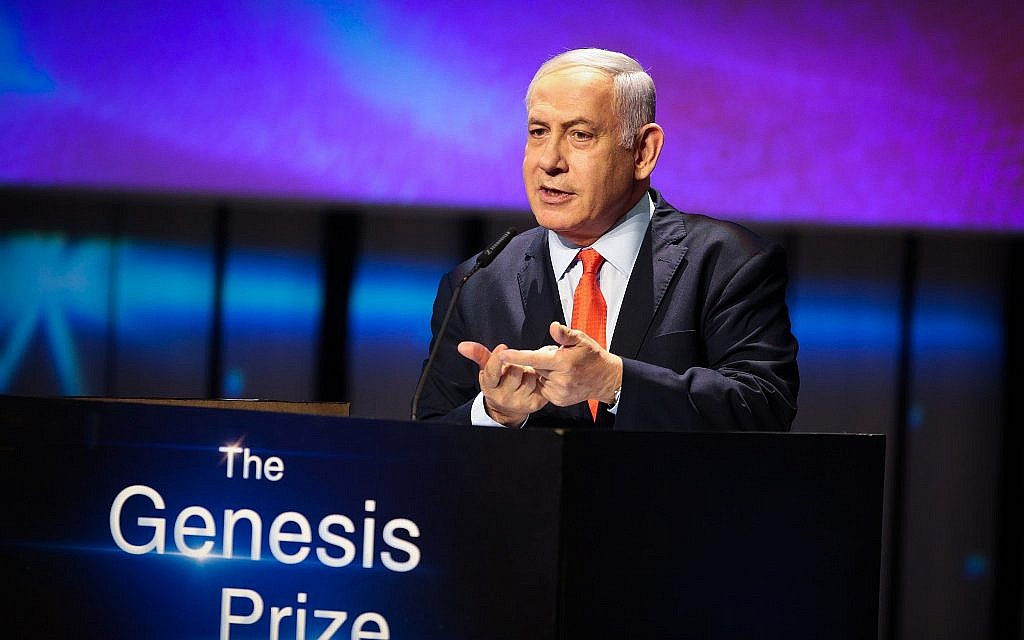 Exactly a year ago, I traveled to Israel for a meeting with more than thirty Jewish leaders and activists, at the invitation of Israel’s President, Reuven Rivlin. The agenda of our two-day mini-conference was to discuss a problem that is increasingly threatening the future of Jewish identity and of the State of Israel – the increasing divide between different groups of Jews, particularly but not exclusively over the subject of Israel and the direction it has taken under its current government.

The meeting sponsor was a group called Our Common Destiny, which is funded by a philanthropic organization called the Genesis Philanthropic Foundation. This foundation was founded by a Russian Jewish oligarch called Mikhael Fridman, a proud Jew and strong supporter of Israel, in spite of the fact that he is not Jewishly observant and did not receive any meaningful Jewish education.

Some years ago, the Genesis Foundation came up with the idea of the Genesis Prize – a kind of Jewish Nobel Prize – described on its website as follows: “The Genesis Prize fosters Jewish identity, inspires Jewish pride, and strengthens the bond between Israel and the Diaspora. The annual one-million-dollar award celebrates Jewish talent and achievement by honoring individuals for their professional accomplishments, commitment to Jewish values, and contribution to improving the world.”

The first Genesis Prize laureate is international businessman and former New York Mayor Michael Bloomberg (2014), the second is Hollywood actor Michael Douglas (2015), the third violinist Itzhak Perlman (2016), and so on. Then, in 2018 the prize committee nominated Natalie Portman to receive the prize. Initially she accepted the honor, but when she heard that Binyamin Netanyahu was going to be presenting the prize she abruptly pulled out, citing her (and I quote) “distress” at recent events in Israel.

To say that Mikhael Fridman was shocked by this development is an understatement, and it was as a direct result of Ms. Portman’s very public snub of the Genesis Prize that he decided he wanted to launch a project to prevent such a thing from ever happening again, and this was the catalyst that led to the launch of Our Common Destiny.

Perhaps the vision of Our Common Destiny is utopian and unrealistic to the point of being fantasy, and the road to Xanadu is certainly laden with countless potholes and boulders, but nevertheless the idea is so wonderful and heartwarming – and it is worth celebrating. First and foremost, we are all Jews, so surely we can find enough that we share in common that we don’t need to use differences between us to act as a wedge to keep us completely apart.

But the question we need to ask is this – what is it exactly that we share in common to the exclusion of anything that might keep us apart? And once we have found that “thing”, how can we use it as a platform to keep us together in every circumstance so that we can be strong together rather than weaker as a result of being a disparate collection of unconnected parts.

“Every other country has a ‘Tomb of the Unknown Soldier’ that plays a central role on Memorial Day and military events,” he said, “and it is important for Israel to have one too.”

The Director-General of the Ministry of Defense called in one of his senior officials and tasked him with the job of creating Israel’s ‘Tomb of the Unknown Soldier’. Some months went by and invitations went out to the President, the Prime Minister, Members of Knesset, government officials, foreign diplomats and senior military personnel – “You are cordially invited to the unveiling of the Tomb of the Unknown Soldier” – with a date and time.

The day arrived, and everyone took their seats at the designated location. The Ministry of Defense official straightened his tie, and slowly and solemnly walked up to the podium to begin his address: “Ladies and Gentlemen, I would like to welcome you to the unveiling of the Tomb of the Unknown Soldier, Chaim Shlapevarski. Chaim Shlapevarski was a very great man – a brilliant economist, a first-class historian, a wise philosopher, a profound scholar, a wonderful orator….”

As this preamble progressed, as each word was uttered, the Director-General of the Ministry of Defense was turning every color under the sun. Unable to contain himself, he rushed up to the podium and whispered desperately into the official’s ear, “What in heaven’s name are you talking about? This is the Tomb of the Unknown Soldier! What is all this about Chaim Shlapevarski?!”

The official looked at him quizzically – “What do you mean? You asked me to create a Tomb of the Unknown Soldier! Chaim Shlapevarski was a great man – a brilliant economist, a first-class historian, a wise philosopher, a profound scholar, a wonderful orator – but as a soldier he was unknown!”

In my many experiences around the Jewish community and with Jews all around the world – I have met many Chaim Shlapevarskis. They are all brilliant in their fields, whether they are in business, or in Hollywood, or in academia, or in politics. They write books, make films, make money, run governments, and much else. But as Jews, they are often totally unknown (only to themselves, of course).

On Yom Kippur our primary task is to reconnect to the Jew in us, to drop everything else – as it is the “Jew” inside us that we all share in common, and it is that which we need to put front-and-center, to the exclusion of anything else that might keep us apart. The Jew inside us is the commonality that we can use as a platform to keep us united in all circumstances, making us strong together, instead of being weaker as a disparate collection of unconnected parts.

That is why on October 7th, together with a number of dear friends and partner organizations, I will be leading the first-ever International Succah Hop, during which we will visit sukkot all over the world via a streaming platform, so that each of us can connect as Jews with Jews everywhere, and see how Jews celebrate Sukkot in Sydney, Mumbai, Abu Dhabi, Dubai, Jerusalem, London, Paris, Kampala, Maputo, Gibraltar, Casablanca, Rio de Janeiro, Bermuda, New York, Miami, and of course – Beverly Hills, as well as many other places I have not mentioned.

I truly hope you will join me – and that after this Yom Kippur, none of us will remain unknown as a Jew ever again. If that is the one benefit we can all draw from the COVID crisis, let us embrace it with all our hearts, and thank God for the opportunity.

For details of the time and login for the International Succah Hop where you are, please email Carly Einfeld: carly@yinbh.org