THROUGH THICK AND THIN 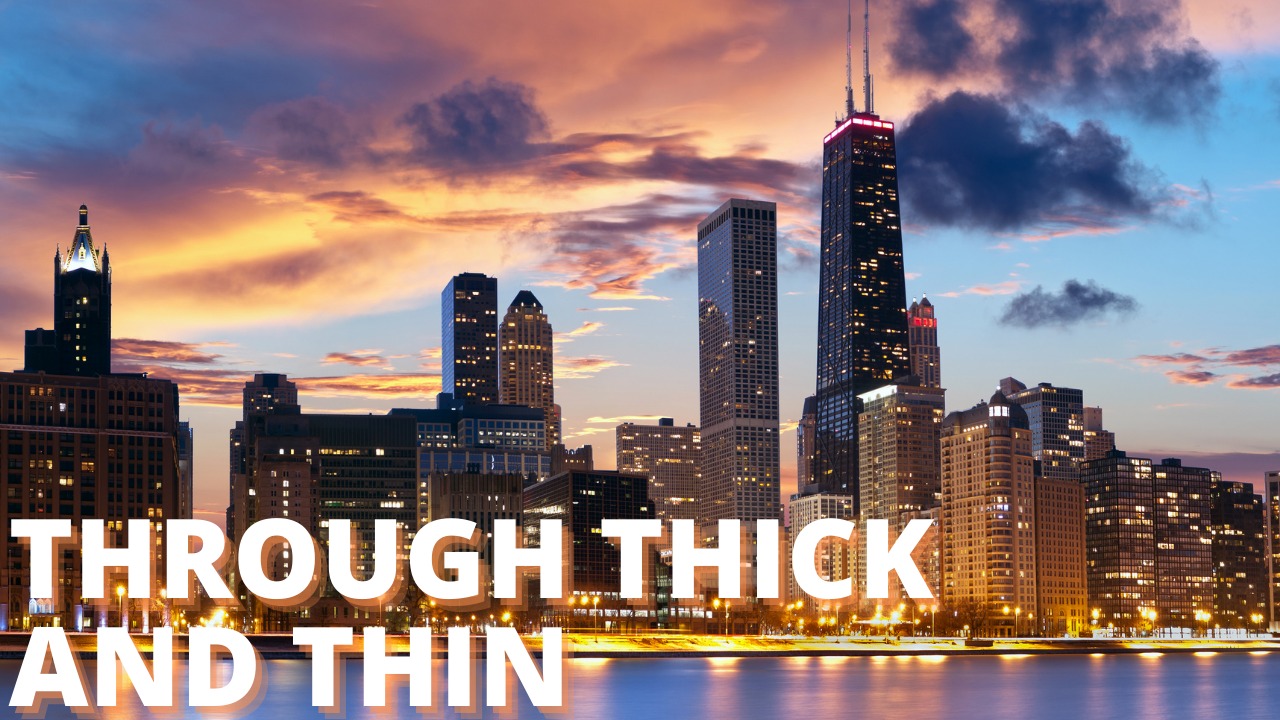 I have just spent two days as a visitor to the Orthodox Jewish community of Chicago in anticipation of a rabbinic gathering being planned there for the spring.

My time in Chicago flew by very fast; I met with dozens of different people, all of them involved in Jewish communal matters in one way or another. What I discovered was that there are many impressive aspects of this important Midwest community, not least of which is the outstanding unity and genuine affection that exists between the various contrasting strands of Orthodox Jewry.

But without a doubt, the most impressive aspect of the Chicago community kaleidoscope is the incredible presence of robust, well-funded, all-encompassing “chesed” (social welfare) organizations.

During my whirlwind trip I had the opportunity of visiting three separate facilities, all of them extraordinary in their own way. The Chicago Chesed Fund has been in existence for over three decades under the leadership of the local rabbinic powerhouse, Rabbi Shmuel Fuerst. I met with the effervescent and enthusiastic administrative director, Nachman Bogen, and he took me on a tour of their 45,000 sq/f facility, which is in an industrial park on the edge of Lincolnwood.

The CCF offers free clothing (all collected from the community, and sorted by volunteers) for those who can’t afford to buy a wardrobe for themselves or their children, each item sorted and labeled, set out on racks just like a shopping mall clothing store; free food for those who struggle to put food on the table for their families, laid out on shelves in part of the facility that looks more like Costco than a free food bank; and a furniture “warehouse” with a range of home furniture to outfit homes of any size or shape.

And there’s much more. Most importantly, great care is taken to protect the dignity of those who use CCF, and it also heartened me to hear that CCF’s kindness extends beyond the Jewish community, to include local gentiles who fall on hard times.

Another shining light is The Chicago Center, which has been helping the sick and needy with cooked meals for almost a century, as well as with a variety of home services for families with newborn babies and those dealing with medical challenges. During the COVID-19 pandemic TCC also used their new state-of-the-art facility to offer thousands of COVID tests and vaccines for community members.

Before every Shabbat TCC delivers almost 6,000 fully-cooked meals for indigent families, and they also offer medical advice and advocacy for the disadvantaged – of which there are far too many. Founded by the fabled Ziditchover Rebbe of Chicago, Rabbi Yehoshua Heschel Eichenstein (1893-1940), today TCC is led by his grandson and namesake, ably assisted by his two sons, Rabbi Pinchus Eichenstein and Rabbi Zalman Leib Eichenstein.

I was shown around the center by my good friend, the charming Rabbi Daniel Muskat, after which I met with TCC’s executive director, Rabbi Tzvi Bider. Everyone involved is fully and unequivocally devoted to providing high-quality services to the community, and, crucially, they are all amazingly generous. No chesed project is too vast for TCC, and no chesed task is too small. Every base is covered, whoever is seeking assistance – and all at the highest possible level.

Finally, I went to see the Chicago Mitzva Campaign, a newly-built facility – on the face of it, a day center for the elderly, but actually home to an extraordinary organization encompassing an incredible array of social services ranging from delivering cooked meals; organizing rides for medical patients who lack transportation; arranging end-of-life services for terminal patients and their families; facilitating in-hospital patient services; offering hospitality suites near local hospitals – and that is just a fraction of what they do. The captain of this mighty ship is the indefatigable Rabbi Aron Wolf, ably assisted by his son, Rabbi Moshe Yisroel Dovid Wolf, who showed me around and shared details and stories of CMC’s countless projects.

What struck me over and over again as I visited these three organizations – and there were others in Chicago I just never found the time to call on – was the consummate professionalism and utter dedication of those running them, all of them totally focused on ensuring that no one in the community ever falls through the cracks.

Because a community is not just about those who can support themselves, and then we offer some enhancements. Absolutely not. Nor should we wait until people fall off the edge of the cliff before we help them, or – as happens far too often – offer platitudes of regret for not having helped them earlier. A community means that we are required to be there at their side when they need the support, and for that support to be offered to them as a matter of course, not merely as a favor or an afterthought.

There is an absolutely remarkable observation which speaks to this precise point made by Rabbi Naftali Tzvi Yehuda Berlin (1816-1893) in his Haamek Davar commentary on Parshat Bo. When the Jews left Egypt, each of them approached their Egyptian neighbors for valuables as payment for their many years of slave labor.

The Torah uses the seemingly inappropriate Hebrew word “re’ehu” (friend) to describe the Egyptians who were approached, when in reality they weren’t friends, rather they were relentless antagonists. Astonishingly, however, this was not so, says Haamek Davar. By the time the plagues were over, relations between the Jews and ordinary Egyptians were wonderful, and particularly after the plague of darkness, during which the Egyptians would have died of hunger and thirst had the Jews not brought them food and drink.

Isn’t that amazing? Going as far back as our pre-nation days in ancient Egypt, the default instinct of the Jewish community was to step in and take care of those in need – including the Egyptians who had enslaved them and made their lives a misery. And it was certainly the automatic way of doing things within their own community – no one ever went hungry, no one ever went without care, and no one was ever left to fend for themselves.

The essence of who we are as Jews is chesed. That is the way it has always been, and it remains the lifeblood of our identity. The chesed organizations in Chicago that I visited exemplify this Jewish attribute, and I have nothing but esteem for their remarkable work. Indeed, we should all learn from their great success, and do much more in our own communities to ensure that chesed is always front-and-center of who we are and what we do, through thick and thin.

With thanks to Aviva Applebaum, for introducing me to the wonderful organizations mentioned in this article, and for acting as my guide during my visit to Chicago.