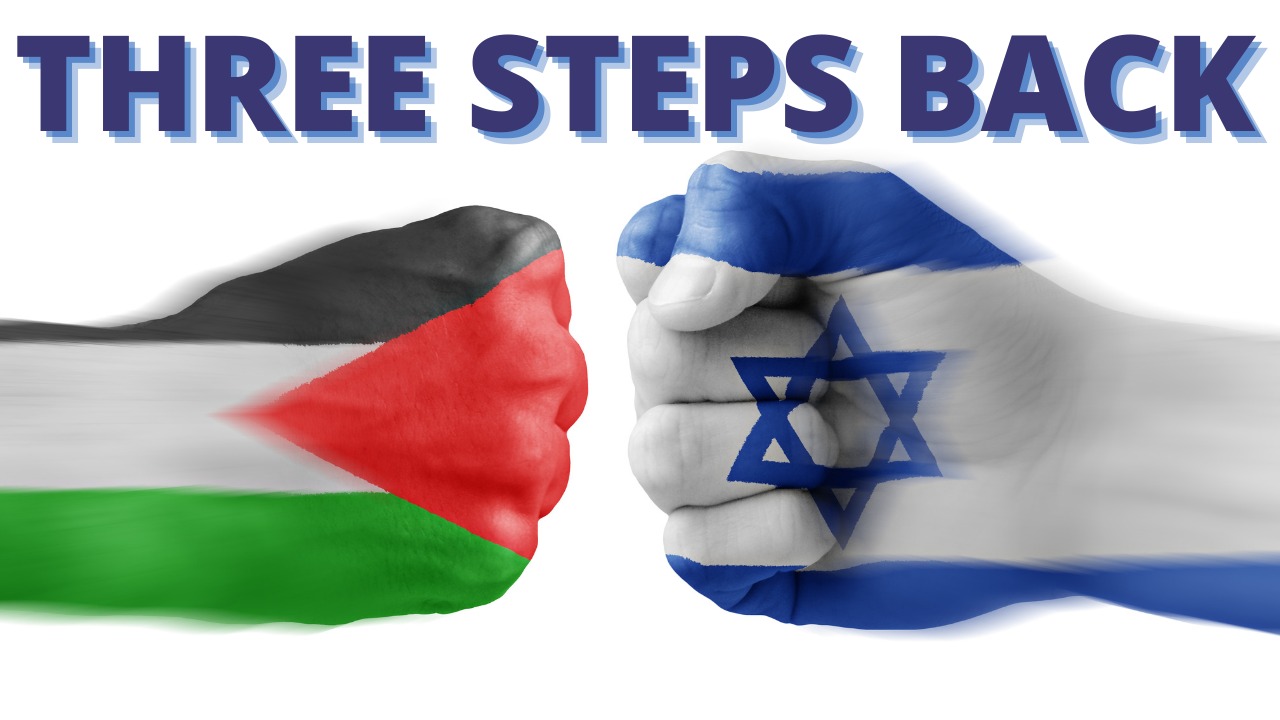 By the time you read this there will probably be a ceasefire arrangement in place between Israel and the Hamas regime in Gaza, although the wounds of war will still be open and raw. This new ceasefire will just be the latest in a long list of so-called ceasefire arrangements between a legitimate democratic country, Israel, and a terrorist entity, which is what Gaza has become: a vicious autocratic regime with the single-minded intent of destroying Israel.

Thankfully, as a result of Israel’s qualitative military edge, the existential danger to Israel from Gaza rockets is very limited. But make no mistake: if the shoe was on the other foot – by which I mean that casualty numbers in Israel exceeded those in Gaza, and the material damage to Israel was devastating – there would be no ceasefire, nor even any discussion of a ceasefire.

Hamas has no interest in a cessation of violence against Israel, nor in sparing Israel any pain and misery that it can inflict. That’s because as far as Hamas is concerned, Israel (and Jews) should be wiped off the face of the earth. To be fair, they don’t hide it, rather it is their foolish friends and supporters, along with the obsessively woke media, who choose to airbrush this fact from any discussion on the conflict.

Just to pick up on the point of disparity in casualty numbers, and the international outcry by Hamas supporters for proportionality: the Law of Armed Conflict and the U.S. Army’s Commander’s Handbook on the Law of Land Warfare both make clear that “proportionality does not require equivalence.” When you are trying to win a war against an aggressive enemy aiming to kill those you are charged with protecting, you can (and must) inflict as much pain and damage as possible on that enemy to get them to stop.

No one invited Gaza to stick their nose into Jerusalem riots over evictions in the Sheikh Jarrah (Shimon Hatzaddik) neighborhood, and frankly, it is none of their business. But as soon as Hamas fired the first rocket into Israel in support of the rioters, and then thousands more – they became the aggressor, and Israel is entitled – no, expected! – to do anything it can to protect its citizens.

No country in the world would do anything remotely different. Imagine, for a moment, if Cuba fired 4,000 rockets into Florida over a period of a few days – would the United States respond with “proportionality”? I think we all know the answer to that.

At a time like this, it is also important to address the incessant calls by those on the progressive left for “peace” between Israel and her Palestinian neighbors – perfectly evoked by a demonstration that took place this week in Oak Park, Illinois. Just over 100 people gathered at Scoville Park – Jews and Arabs – to call for peace in “Palestine”.

One of the organizers of the demonstration was Rebekah Levin, founder of the Committee for a Just Peace in Israel and Palestine – “a diverse, community-based group dedicated to [advancing] the cause of peace and justice for both Palestinians and Israelis.” Well, you would not have been able to tell from what she told reporters that she had any interest in the welfare of, or justice for, Israelis, as she seemed entirely focused on Palestinians.

“The massive extent of the atrocities going on in Gaza, not to mention what’s going on in East Jerusalem and the West Bank — I was without breath for three days,” she said, not once mentioning the fact that it was Hamas that started the war, nor the fact that Hamas and Islamic Jihad, both of whom are Palestinian terrorist groups, had indiscriminately fired rockets at civilian neighborhoods across Israel with no other objective than to kill Israelis.

Surely, if Rebekah Levin is so devoted to peace, she would acknowledge that the Palestinian cause is being represented by murderous thugs, and that the cause of peace would be better advanced if these terrorists were out of the picture?

In an inspiring essay on Parshat Nasso, the late Rabbi Lord Jonathan Sacks focuses on the word שָׁלוֹם‎ — “peace” — which concludes the priestly blessing (Num. 6:26). Rabbi Sacks quotes Rabbi Isaac Arama, author of the Torah commentary Akeidat Yitzhak, who “explains that shalom does not mean merely the absence of war or strife; it means completeness, perfection, the harmonious working of a complex system, integrated diversity – a state in which everything is in its proper place and all is at one with the physical and ethical laws governing the universe.”

In its truest sense, peace is never perfect – rather it is finding the route to perfection via the accommodation of reality’s sharp edges. People are different and, in life, circumstances are hard, which inevitably leads to strife and acrimonious discord. In such situations, peace won’t be reached by pretending there are no problems, nor by stopping a fight because you want the pain to stop. Peace is only ever reached when both sides are able to understand that the solution requires “the harmonious working of a complex system” and “integrated diversity.”

The day that Hamas learns that fact will be the day that there is peace between Israel and the Palestinians. Meanwhile, by forcing any other resolution or pretending that all the suffering and pain is only being endured by the Palestinians – instead of fostering peace you are perpetuating war.

Another chief rabbi of the UK, the late Rabbi Lord Immanuel Jacobovits, noted that whenever we recite the prayer Oseh Shalom Bimeromav – “He who makes peace in His heights, may He grant peace upon us and upon all Israel” – at the conclusion of kaddish or the amidah, we take three steps back and bow deferentially in three directions. This, he said, is because true peace is never reached by standing your ground. Only by taking three steps back and acknowledging a compromise on your part can one ever achieve peace.

Over the past few years, a number of Arab nations have been willing to take three steps back and find harmony within complexity, and to begin a process with Israel of integrated diversity. Let us hope and pray that with the conclusion of this latest round of war between Israel and the Palestinians, Hamas and Islamic Jihad, along with their international enablers, will finally pursue a true path toward peace, notwithstanding their litany of grievances. It is a path that may require three steps back – steps that Israel has long said it is willing to take – but ultimately it will lead all the parties forward into a harmonious future that will reflect the true meaning of “shalom”.