THOSE ANIMALS AND BIRDS 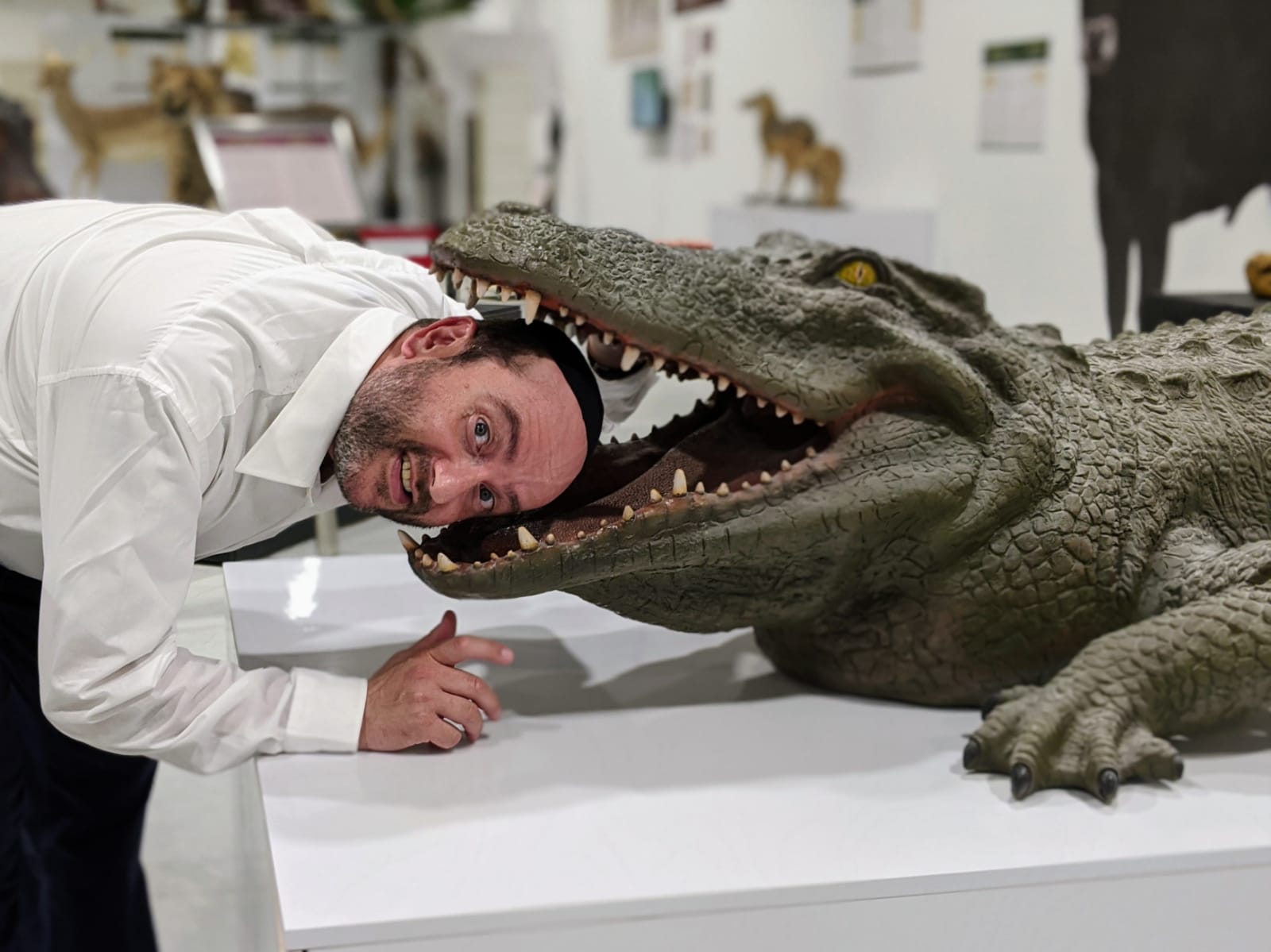 Last July, after dropping off my son Meir at the IDF draft office in Tiberias, and before I went to Ben Gurion Airport to catch my flight back to Los Angeles, I visited the Biblical Museum of Natural History at its new state-of-the-art site on the outskirts of Beit Shemesh.

Israel was still deep in lockdown, so I had the museum all to myself as I embarked on a private tour led by the museum’s founder and devoted director, the indefatigable Rabbi Dr. Natan Slifkin, who besides for being a rabbi is also a zoologist and an authority on all living things – particularly from the perspective of traditional Judaism and Jewish history.

The museum facility was not quite ready, and we traipsed through the building without the benefit of air-conditioning (fear not, it has since been fully installed). But I didn’t feel we were flogging a dead horse, or belling the cat, or putting the cart before the horse. On the contrary – and without letting the cat out of the bag – I felt I was in the presence of a fatted calf, and clearly this was no pig in a poke (for obvious reasons!). Evidently, Rabbi Slifkin has been a busy beaver, putting together an emporium that will educate, enthrall, enchant and enthuse visitors of all ages.

Stuffed animals can be found cheek-by-jowel with their live counterparts in a carefully choreographed journey through the biogeography of ancient and modern Israel, showcasing a range of extinct and extant animals, both native and imported. And, of course, there is a section dedicated to animals, birds and fish that are kosher, as well as those which are not. There is even a kosher insect – the locust – best eaten crunchy, an effect best achieved by dropping them into a boiling broth, cleaning them off, rolling them in a mixture of flour, coriander seeds, garlic and chili-powder – and then deep-frying them. It’s a kind of locust schnitzel, although – full disclosure – this delicacy is not available at the museum cafeteria.

Rabbi Slifkin’s impressive knowledge is more-than easily matched by his infectious enthusiasm for his chosen subject of expertise: Jewish zoology. For example, did you know that a nesher is not an eagle, as assumed by such rabbinic greats as the medieval Provençal luminary R. Isaac ben Abba Mari (c.1122 – c.1193; author of Sefer Ha-Itur), as well as by his thirteenth century colleague R. Hezekiah ben Manoah, author of the biblical commentary Chizkuni. They, along with countless other French and German rabbis who agreed with this misidentification, had never laid eyes on the Middle East-based griffon vulture, “a spectacular bird with a wingspan that can measure eight feet … the most magnificent bird of prey in Israel.” Understandably, they opted to identify the nesher as a comparable bird of prey which is native to Western Europe – the eagle – even though there are no eagles in the Land of Israel.

Here’s another one. The behemoth animal mentioned in the Book of Job (40:15) is not some mythical marauding beast, but is actually a hippopotamus. Rabbi Slifkin has countless proofs, which he presents enthusiastically and convincingly, before leading you into his Hall of Shofars, followed by the Hall of Small Animals, and then the Serpentarium. Suddenly, I found myself holding two ferocious-looking lizards with a live python around my neck. But after two weeks in isolation, I thought to myself, any company is good company.

Before visiting the Biblical Museum of Natural History, I had always wondered why the Torah seemingly wastes verbiage on identifying the various animals that we can’t eat. Do we really need to know, as stated in Shmini (Lev. 11:5-6), that the hare and the hyrax “chew the cud” (incidentally, a highly controversial topic, on which Rabbi Slifkin has plenty to say)? And do we really need to know that the pig has split hooves but is not a ruminant?

Why would the Torah distract us with biological observations regarding animals that are prohibited? After all, the Torah could simply give us a list of the half dozen-or-so animals that we can eat, rather than present us with the curious if somewhat unique characteristics of a bunch of animals which in any event are forbidden.

And why do we need to know the specific name of each forbidden bird? The Talmud (Chullin 59a) provides us with the specific signs via which both kosher and non-kosher birds can be identified—why doesn’t the Torah just do the same thing?

But I think that is exactly the point. God’s purpose for His Chosen People was never meant to be limited to need-to-know information only. Which means that the details of all the animals and birds found in God’s Promised Land are not irrelevant to our Jewish experience. On the contrary, each and every aspect of our cherished country, including the fauna with whom the Jewish nation coexists there, is important, and even crucial to our overall experience as Jews.