THERE IS NO SOCIAL JUSTICE WITHOUT GOD 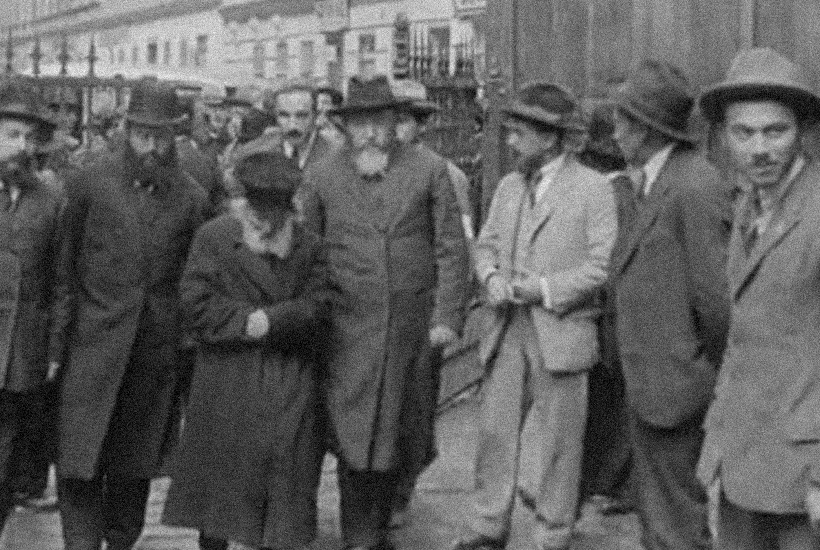 Earlier today I read a report about a Pro-Life Congress last week in Santa Ana.

Before I delve into what caught my eye about the report, let me say that Orthodox Judaism does not fit into any of the “camps” when it comes to the abortion debate, as halacha neither bans abortion completely nor does it allow arbitrary abortion as a method of birth control.

The eighteenth-century rabbinic heavyweight, Rabbi Yaakov Emden, even went on the record to say that abortion is permitted (see: She’ilat Yaavetz Vol. 1, #43): “Not only in an instance where there is a need to save the mother’s life, but even if it is only to save her from the harassment and great pain that her fetus is causing” — which according to many modern interpretations would include extreme psychological or emotional distress.”

Rabbi Emden also permitted the abortion of a child conceived by adultery to prevent the birth of what is known in Jewish legal terminology as a mamzer, a genetically transmitted stigmatizing halakhic impediment that lasts ten generations.

And although Rabbi Emden’s leniencies are undoubtedly at the extreme end of the spectrum of rabbinic opinion, even those who disagree with him do not suggest or even hint that his rulings are beyond the pale of normative halakha.

But let’s get back to last week’s conference in Santa Ana. The keynote speaker was Catholic Archbishop José Horacio Gómez of Los Angeles, and what he said was profound.

To be clear, it was not the detail of his address that I found significant, but rather a fundamentally important general point.

“Abortion and euthanasia raise basic questions of human rights and social justice in our society – questions of what kind of society we are and what kind of people we want to be. Never before has there been so much talk about human freedom and dignity and self-realization, and yet we find ourselves more and more indifferent to the cruelty and injustice that we see all around us.”

The Archbishop did not limit himself to abortion and euthanasia. He also mentioned racial discrimination, unemployment, homelessness, and environmental pollution, as examples of how a society that claims to care about human rights does not, in reality, care at all.

And he ended his address by saying this:

“If we really believed that God is our Father and that every person is a child of God made in his image – the world could be changed overnight.”

The essence of his message is extremely powerful, and – as you will see in a moment – it is embedded in Jewish tradition as far back as the revelation at Mount Sinai over three thousand years ago.

We are all familiar with the concept of Humanism, an ideal that governs much of the social policy prevalent in modern-day western society.

Humanists define their beliefs as an outlook that attaches superior importance to the human rather than to Divine, or supernatural, matters. In other words, a humanist believes that if we focus on God it will simply distract us from creating a caring society where there is justice for all, and due consideration for the needs of others.

After all, they argue, if it is only God’s word that counts, how would it be possible to put the needs of humanity before the needs of God?

Humanism posits that only by taking God out of the equation can one truly focus on improving society, and ensuring no one falls through the cracks.

The Archbishop articulated something that we all know to be true. That actually, if you take God out of the equation not only will it not help society, society will ultimately disintegrate completely.

Hundreds of years after atheism entered into the mainstream there is, if anything, more suffering, not less, and no amount of grandstanding can hide the fact that while a religious system demands true concern for those around us and the world we live in, humanism often results in moral relativism and a self-indulgent ‘morality’ that discriminates against more people than it defends.

Which is why the Torah portion of Mishpatim, a portion that discusses seemingly mundane civil law – such as the laws pertaining to respect for one’s fellow man, respect for parents, financial crime, capital crime, and other comparable human concerns – begins with words: וְאֵלֶה הַמִשְפָטִים אֲשֶר תָשִים לִפְנֵיהֶם — ‘and these are the laws you should place before them.’

The connecting Hebrew letter ‘vav’ at the beginning of the sentence connects the previous narrative describing the Mount Sinai encounter with God, to the laws governing civil society.

This conveys the message that a moral, caring society is a prerequisite for any relationship with God. Without one you will never have the other. I would add that the word ‘אֵלֶה’ – ‘these’ – stresses the fact that it is only those civil laws mandated by the Torah that lays the groundwork for the relationship.

Rabbi Yisrael Meir Kagan, the revered Chofetz Chaim of Radun, was once at the mikva on a Friday afternoon and saw a man come out of the mikva pool only to use someone else’s towel without permission.

The rabbi immediately challenged him: “How can you possibly believe you are cleansed from sin if you have just dried yourself with a stolen towel?”

Our society is ostensibly focused on social justice and the rights of the individual, but in the headlong rush to form such a society without the guidance of a Divine map, they have lost their moral compass and created a morality that is both hollow and corrupt.

I don’t often find myself looking to an Archbishop for inspiration, but we would all do well to heed Archbishop Gomez’s message. God has created a world where we must care for others, just as He cares for us.

Or as the Archbishop put it so well: “God is our Father and he sees only his children – and when one of God’s children is suffering or in danger, he calls the rest of us to love and compassion.”