THERE IS NO BARRIER 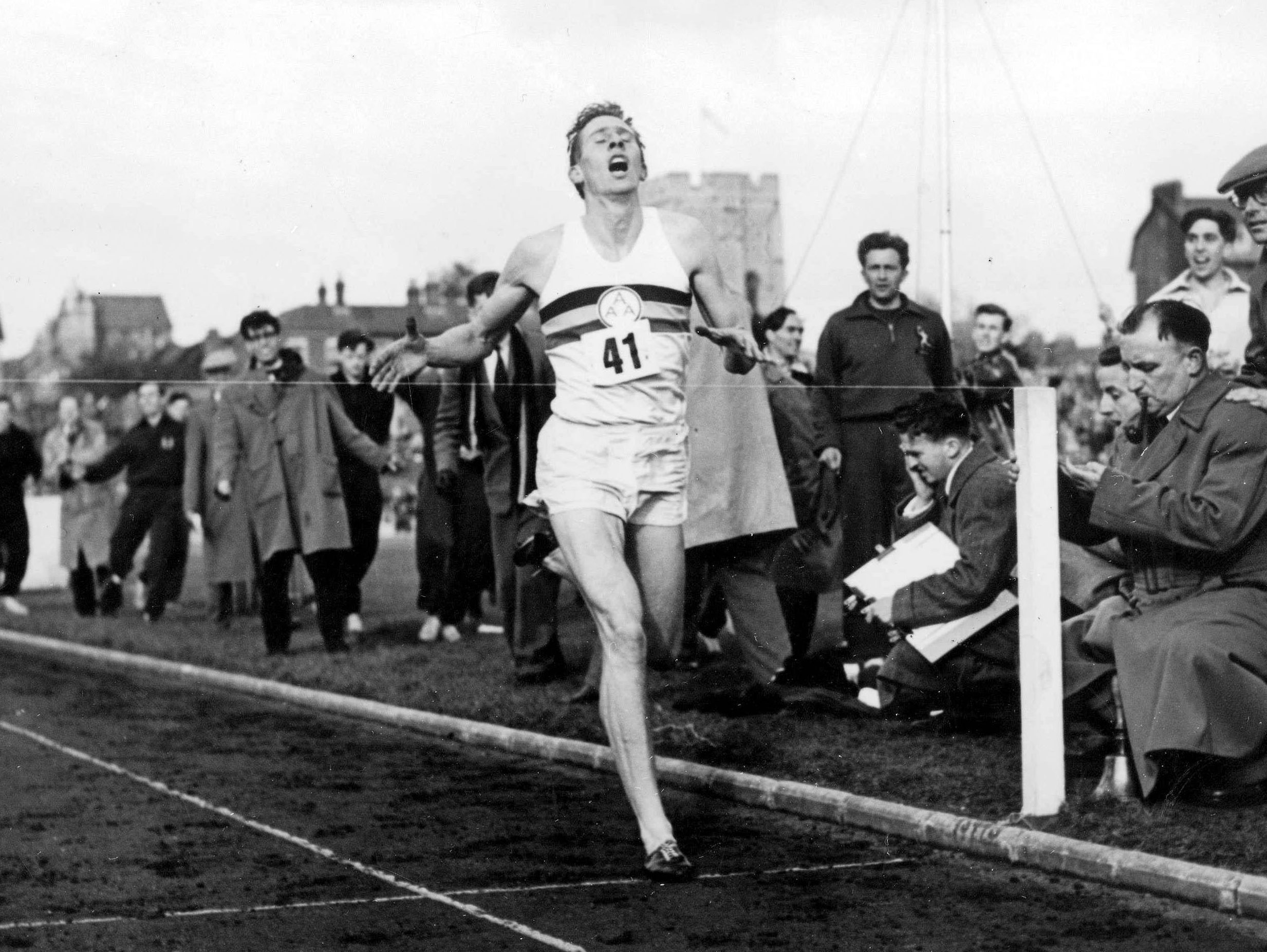 In old age, the late Sir Roger Bannister was the absolute epitome of an elderly British gentleman – urbane, well-spoken and courteous to a fault, the type of person you would have guessed had spent his pre-retirement working life as the manager of a local bank, or as the headmaster of an upscale grammar school.

Indeed, those guesses would not have been far off the mark. In 1954 Bannister graduated Oxford University medical school, and he spent almost 40 years as a neurologist, retiring in 1993 at the age of 64.

But his decades-long professional career as a physician and his quaintly charming demeanor in later life are of little relevance to the fact that this avuncular man with an infectious smile and a twinkle in his eye was one of the most famous athletes of all time.

Bannister’s fame rested on the fact that on May 6, 1954, in front of a surprisingly small number of spectators at an amateur runners event at Oxford University’s Iffley Road track, he ran a full mile in just under four minutes — 3:59.4, to be precise — becoming the first person on record ever to do so.

Remarkably, it almost didn’t happen. In the summer of 1952 Bannister had competed at the Olympic Games in Helsinki, Finland. Already known for his extraordinary running talent, expectations for Bannister were high, and he was favorite to win the 1500 meters.

But at the last minute the race schedule changed, throwing his routine into disarray and he came in fourth. Tremendously disappointed by his failure to win a medal, he contemplated abandoning athletics for good. But after some careful reflection and soul searching, he decided not to give up, instead setting himself a new target – he was going to be the first athlete in the world to break through the four-minute-mile barrier.

And he was not the only one trying; other top runners were trying too, and achieving better times than him: on June 5, 1953, the US runner Wes Santee ran a mile in 4:02.4, and later that year, Australian John Landy ran it in 4:02.0. But doing it any faster than that seemed impossible.

Almost ten years had passed without anyone breaking this record, and sportswriters and medical experts declared that it was not possible for humans to run a mile in under four minutes. The countless failed attempts by Bannister and others seemed to prove them right.

When Bannister unexpectedly managed to do what no one had thought possible on that damp day in Oxford, everyone imagined it was a complete one-off, and that it would take years for anyone to get there again, if ever. But less than six weeks later, Landy ran a mile in 3:58 in Finland, and then, at the Empire Games in Vancouver in August, Bannister won the first-ever race in which two men ran a mile in under four minutes.

Over the years, whenever Bannister was asked how he had broken through that unbreakable barrier, he answered simply“it didn’t make sense to me that there was a barrier.”

As far as he was concerned, if someone could run a mile in 4.01.2, then there would definitely be someone who could run a mile in less than four minutes. Bannister would say that he was determined to be that person, adding that he knew that once that psychological barrier – which is all it was – was breached, there would be many more who would get through it too. And despite his humility and understatedness, he was absolutely right.

In the portion of Eikev, during one of the last speeches Moses gave to the Jewish people before passing away, he posed a question for the nation to consider (Deut. 10:12): וּמָה ה’ אֱלֹקֶיךָ שֹאֵל מֵעִמָךְ – “what is it that God wants from you?”

Before giving anyone the opportunity to answer, Moses answered the question himself, beginning his answer with the Hebrew words ki im – “only that…”.

The clear implication of this phrase is that Moses wished to suggest a simple, achievable way for the nation to please God. But what actually ensued was a list of goals and targets that was so beyond the grasp of ordinary mortals, it almost seems comical: “you should fear God, walk exclusively in His paths, love Him, and serve God with all your heart and soul, keeping all His commandments and laws.”

Really? If that’s the case, we may as well all give up before we start. After all, why embark on a Mission Impossible?

To compound the problem, the Talmud (Berachot 33b) quotes this verse and notes how difficult it is to achieve an acceptable level of fearing God. In order to resolve this problem, the Talmud proposes that what is virtually impossible for ordinary people was easy for Moses, which was why he included the fear of God on his list of what God wants from all of us.

But how exactly is that an acceptable solution? And surely Moses would not have deliberately set us up to fail?

But perhaps the Talmud is telling us something very profound in its simplicity. What is recorded as Moses’ advice is a reflection of who he was, and it is this that should truly inspire us.

For Moses, the fear of God seemed like the most natural thing in the world. One might even speculate that had you asked Moses how he could ever have suggested breaking through an unbreakable barrier, he might very well have replied “it doesn’t make sense to me that there is a barrier.”

And if an entire nation would witness a man like Moses, for whom the fear of heaven was a simple and rudimentary aspect of life – achievable, with no barrier – it would undoubtedly make a powerful impression, thereby enabling many others to achieve the same result.

Moses’ proposition may have been a reflection of who he was – humble and understated – but it paved the way for something much more important. Suddenly the high bar became a reality that was within the reach of all of us. Psychological barriers are there to be broken, but you need to know that it is possible to break them.

And as it turns out, our relationship with God is not an unachievable “sub-4”, instead it is an attainable goal. All we need to do is believe we can get there.