THE WRONG ORDER IS ACTUALLY RIGHT 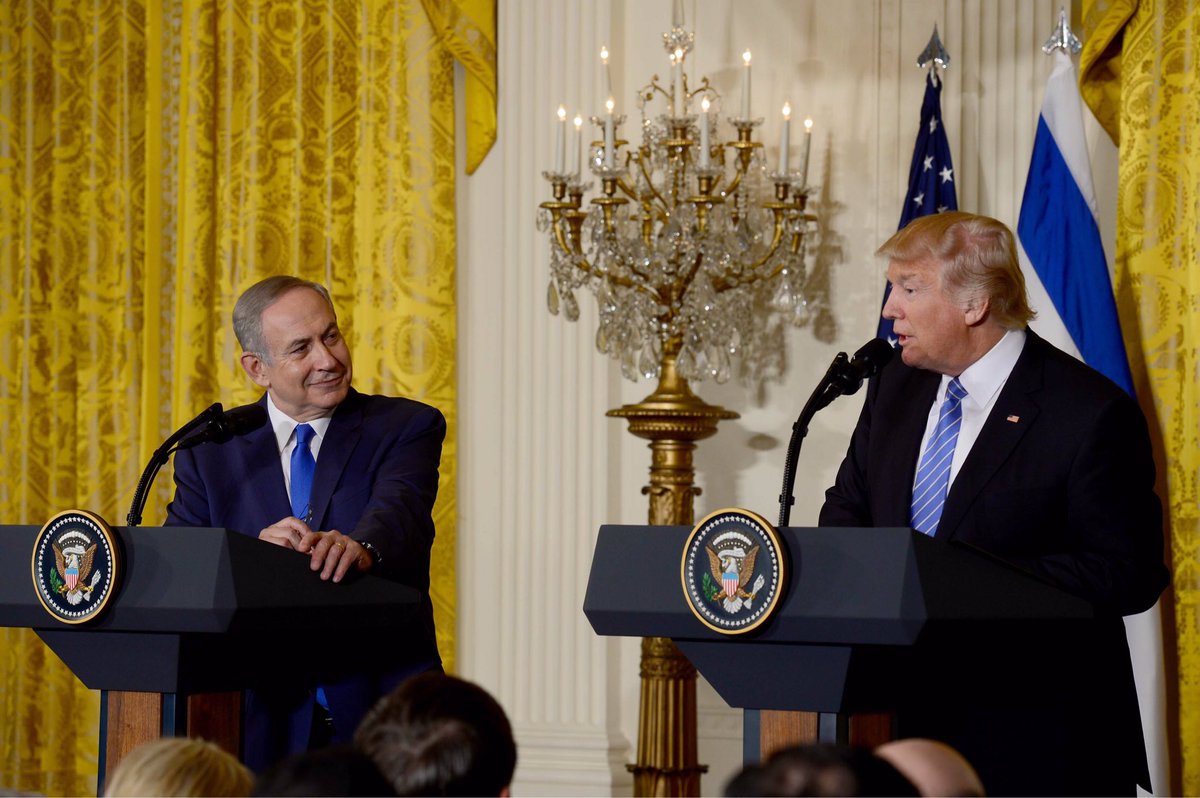 The scenes in Washington DC this Wednesday were nothing short of astounding.

Whatever your political leanings, and however you feel about President Trump or Prime Minister Benjamin Netanyahu, you will surely have been struck by the remarkable change in the reception granted at the nascent Trump White House to Israel’s prime minister.

The very same Israeli prime minister who was cold-shouldered by the Obama White House for the past 8 years, whose speech to Congress two years ago was seen as a direct insult to the incumbent president, and whose Israel-first ideology has been vilified for years as destructive and retrograde by everyone whose voice was raised and quoted in diplomatic and media circles.

To witness that very same Israeli prime minister, together with his wife, being warmly welcomed by the new US president, to the very same White House in which he was subjected to frosty and awkward receptions by President Obama on the very few occasions he visited, was literally breathtaking.

Just under three years ago, in March 2014, the New York Times noted wryly that the snowstorm which had unexpectedly covered Washington with snow as Netanyahu arrived for AIPAC Policy Conference was “mild compared with the wintry welcome he got from the White House.”

Well, the sunshine that broke through the clouds on Wednesday afternoon in Washington may not have been the start of a DC heat wave, but the full blaze of the summer sun was certainly evident at 1600 Pennsylvania Avenue.

And it wasn’t just the reception. The friendly welcome only amplified the total change of attitude in the executive branch towards Israel. In a line that has reverberated around the world, President Trump said in response to a question about US support for a Palestinian state, “I’m looking at two-state and at one-state, and I like the one that both parties like; I can live with either one.”

The jury is still out as to exactly what he meant, and whether this was an off-the-cuff line by a man notorious for his improvisations, or whether it reflected a tectonic policy shift actively being considered by Trump and his advisers.

Either way, it represents a boundary breaking moment in historical terms. Senior politicians, and especially leaders of nations, rarely drift off-script when addressing any issue, and particularly when addressing sensitive issues such as Middle East affairs.

Whatever their personal opinion, they soon learn to follow the official line, whatever that may be, in the realization that hundreds of minds have devoted thousands of hours of research and discussion into coming up with those positions, and that their own gut feelings cannot match this kind of input.

In the days of the Soviet Union, Western intelligence agencies employed an analysis method known as “Kremlinology” to determine any policy change in Moscow, which was notoriously tightlipped and impenetrable in its public pronouncements. The removal of portraits from official offices, or the moving of chairs, or any changes in people’s titles, or even slight deviances from established protocol, were pored over and scrutinized to see if they indicated some major shift.

But there is no need for Kremlinology when listening to President Trump; the dismantling of past US positions is plainly in view for all to see.

According to most of the classic Torah commentaries, the episode that recalls Jethro joining his son-in-law Moses and the newly freed Jewish nation in the Sinai desert is out of place. Chronologically his arrival took place after the Torah had already been received, and yet it appears in the narrative before the Mount Sinai revelation.

Although the Talmud and Midrash make clear in numerous places that the Torah is not a chronological record of events, if any event is recorded out of sequence this still requires an explanation.

Unusually, Rashi records both views expressed by the sages of the Talmud as to what induced Jethro to leave his home in Midian and join the Jewish people. According to one view it was the news of the splitting of the Red Sea; according to another view it was when he heard about the Jews’ victory against Amalek, who had attacked them in history’s first recorded attempt at Jewish genocide.

I believe that Rashi saw a common denominator in these two opinions that renders them congruent, and for this reason he mentioned both.

The Red Sea splitting was significant because it showed boundaries could be broken. God had created a world with boundaries, and, as we read in the creation narrative, He divided the land from the sea, so that oceans stayed where they belonged, and dry land remained in its designated place. When the Red Sea split, this revealed that the boundaries were not absolute – what was once sea could become dry land.

During the battle with Amalek, when Moses lifted his hands causing the Jewish fighters to pray with greater fervor, suddenly the tide of battle turned in their favor. An untrained group of former slaves were battling against a trained army of bloodthirsty warriors. Surely the odds were stacked against them and they were bound to lose.

But perhaps what was true in a world limited by boundaries was not relevant in a world where boundaries didn’t count, a world where fervent prayer could outmaneuver military power, and where the sea and dry land were not bound by the laws of nature.

That being the case, Jethro realized that his long life of devoted paganism could be discarded, and it was time for him to embrace a new paradigm. And so he left Midian behind and went to Sinai. It was exactly this boundary-shattering theme that needed to be stressed before the Torah was given, not afterwards.

Modern Israel is a country that broke boundaries from the moment it was conceived in Basel 120 years ago, and that standard has continued ever since.

This week we saw this phenomenon right before our very eyes. What it all means in diplomatic terms is as yet unclear, but those people who continue to gnaw at the same old Oslo two-state bone are evidently missing the point completely.