THE VALUE OF ONE AND ALL 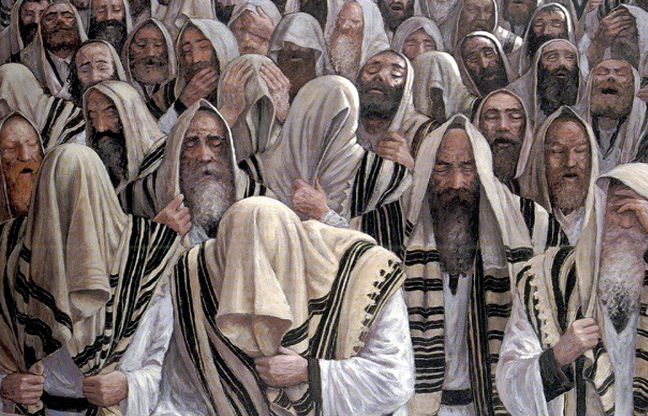 In Rambam’s Hilchot Teshuva, he enumerates 24 types of people for whom the Teshuva process will not be effective. He describes one of the types of people as follows (Laws of Repentance 4:2):

“Someone who keeps himself apart from the community”, says Maimonides, and goes on to explain why such a person cannot ever be a successful penitent – “because at the time they [the community] are doing Teshuva he won’t be with them, and he won’t benefit from them in the merit of their actions.”

Now course, the sentiment is wonderful – one needs to be part of a community in order to benefit from that group. It’s practical, like a sort of “economies of scale” – it’s harder to get things done on your own, but for a it is easier, and the larger the group gets, the easier it becomes to get whatever it is done.

Teshuva, the Rambam seems to be saying, benefits from this group dynamic. It’s more effective to do Teshuva in a group than to do it on your own.

But I don’t understand something. How does your Teshuva actually benefit from being among a group?

Let me explain my question by way of an example. If you’re hungry and you’re in a room where lots of people are eating, just because they are eating doesn’t mean you won’t be hungry anymore. And if you eat, it doesn’t matter if you are by yourself or with them – once you’ve eaten enough you won’t be hungry. Being part of a group has nothing to do with it.

Surely repentance is a very private, personal thing? You did something wrong, so you have to repent. What use is it if you are in a room full of other people repenting? How will that make any difference? In fact, it might be better to do it on your own – so that you aren’t distracted by others. And you are hardly going to be forthright with God in a group situation.

Nitzavim begins the final given by Moses before he died – in fact, on the day he died: 7th Adar. For five weeks he had been lecturing and teaching, and this was his final talk.

Moses used the opportunity to forge a brand-new covenant between God and the Jewish nation, one that would connect the Torah with all future generations.

The new covenant was all-encompassing, and Moshe wanted to ensure that everyone would feel included, so he began his address by listing every age group, men and women, every type of person imaginable (Deut. 29:9-10):

You stand here today, all of you, before God — heads of tribes, elders, appointed officials, all the men of Israel, your children, your wives, even the stranger within your camp, from the woodchopper to the water drawer…

Even the lowest and least educated classes – woodchoppers and water drawers – are here seen to be as important to the covenant as leaders, elders and officials, and are therefore included on equal terms.

Since the dawn of history, human society has divided itself into many different classes, according to talent, profession, education, family, social status, and of course financial status.

The easiest way to understand Moses is the way most of the commentaries interpret his opener – the covenant would apply equally to all, notwithstanding your place on the pecking order.

But, says Moses, there is a covenant that binds one-and-all, no matter your station in life, and this is the covenant that forms the basis of the relationship between God and His Chosen People.

However, I would like to take this in a slightly different direction than the commentaries. In 1954, the social psychologist Leon Festinger proposed what he called the ‘social comparison theory’. He showed how all humans are driven to evaluate themselves accurately, and he suggested that people evaluate their own opinions and abilities by comparing themselves to others with whom they come into contact, so that they can make sure they are getting it right, and properly understand themselves.

As the years progressed, Festinger and his students expanded the theory to focus on the idea of social comparison as a route to self-enhancement. Not only do we better understand ourselves by comparing ourselves to others, but we can use that as a platform to improve ourselves, or at the very least as a gauge to see how we might improve.

I think Moses wanted to ensure that no Jew ever got so caught up in their own stratum that they became excluded from social comparison. The success of the covenant hinged on its equal application to all.

Everyone was in this together, notwithstanding where they stood by any measure of human existence – age, gender, social status, wealth, intelligence. None of it makes any difference when it comes to upholding the covenant, and in the covenant needs a spread of everything if each person who is bound by it is going to successfully be a part of it.

And that is what Maimonides means when he says that those who exclude themselves from the community are never going to do Teshuva properly. How can you truly repent if you have no yardstick to measure your behavior? And that yardstick is the range of people in your community – young and old, from all walks of life, from every kind of background.

By engaging within that group, you will not only be able to accurately understand yourself, but you will find inspiration for self-improvement that will take you to the next level.

That, after all, is the purpose of Teshuva, and that is why it is so important to be deeply embedded in a community – so that your Teshuva can work.