THE VALUE OF INSPIRATIONAL LEADERSHIP 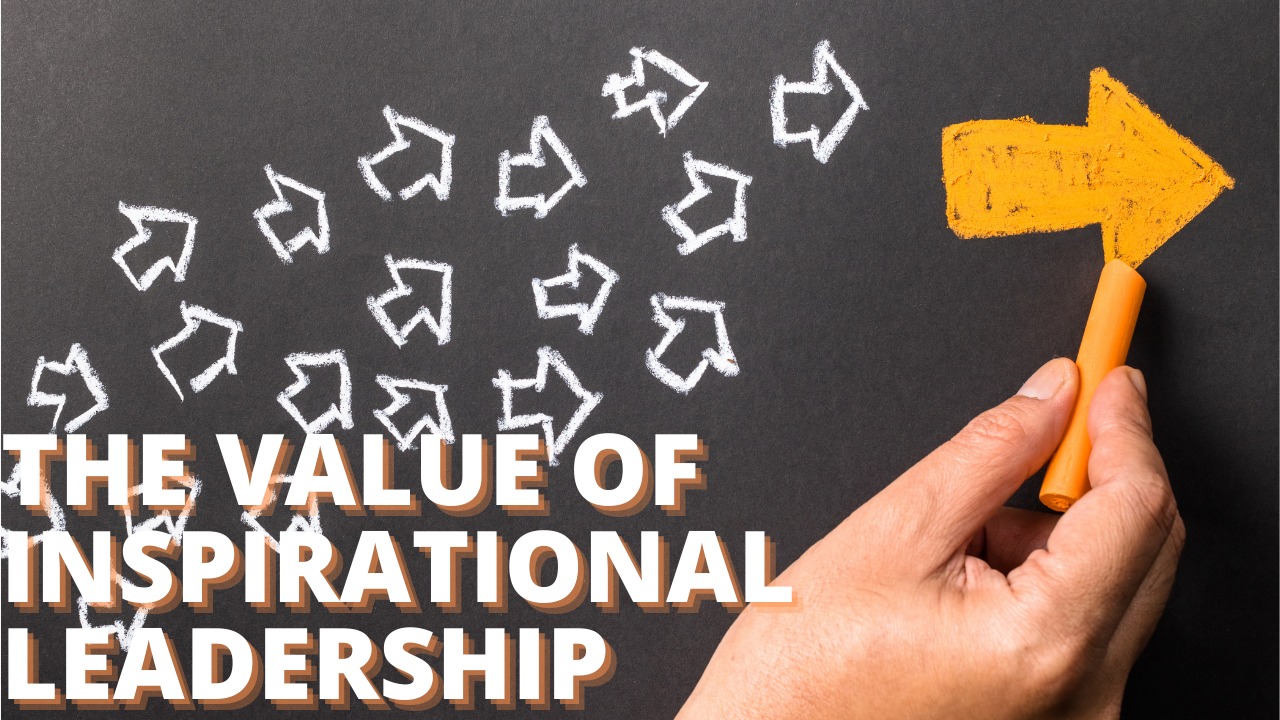 There are countless quotes on great leadership, far too many to share. But it’s worth considering at least a couple. Here’s one from John F. Kennedy: “Leadership and learning are indispensable to each other.” And here is another, from Winston Churchill; typically laconic, he noted that people “will find it very hard to look up to the leaders who are keeping their ears to the ground.”

And I particularly like this quote from John Maxwell, bestselling author of The 21 Irrefutable Laws of Leadership: “The pessimist complains about the wind. The optimist expects it to change. But the leader adjusts the sails.”

Not a week goes by without some new study or article appearing with fresh data and updated recommendations regarding leadership. For example, in the past week the US Air Force announced that officers and enlisted airmen “will soon be judged on a slate of 10 leadership traits the Air Force wants to foster in its ranks.” These traits include initiative, adaptability, emotional intelligence, communication, accountability, and innovation.

Meanwhile, the World Economic Forum has recently issued its recommendations for “leadership books that taught, challenged and inspired minds at Bank of America, IBM, Unilever and more” just in time for “holiday gift shopping.”

And this week, former US president, Bill Clinton, announced his leadership “MasterClass” that will offer 14 lessons, in which he will share his “action-oriented and people-centered approach to leadership through powerful stories from his political career.”

The promotional video has him sitting in a comfy-looking home-study setting, looking directly at the camera. “If you want to lead something,” he begins, “start by saying: this is what I care about, this is what I want to do, and why I think you should care about it and you should want to help.” And he adds another crucial point: “Hardly anything worth doing can be done alone.”

He’s not wrong. Indeed, Clinton’s whole style seems to be centered on the idea that one needs to inspire others to be their best and do their best so that the group as a whole can excel.

Time and again, those who opine on leadership skills in an effort to define the quintessential leader come back to this idea of inspirational leadership. Unless a leader can enthuse others, all their supplementary qualities will likely remain untapped, or at best insufficiently exploited.

In an incisive Forbes article on inspirational leadership, executive coach Heidi Lynn Kurter explains that “the ability to inspire is one of the single most important leadership skills that separates great leaders from average ones [because] while there are plenty of admirable bosses, there are only a handful of leaders who are able to infuse energy, passion and connection into their actions and behaviors.”

In Parshat Vayechi, the topic of leadership raises its head, although in a rather unexpected way. While blessing his eldest son Reuben, Jacob informs him that as a result of his impetuosity and impulsiveness he would not have a leadership role in the family going forward, despite being the firstborn son.

The sages of the Talmud and Midrash add further context – Jacob informed Reuben that the priesthood would be the domain of Levi, while Judah would take on royal duties for the Jewish nation.

Although we are left with the puzzle of Levi’s elevation, it is not as if we can come up with a more suitable candidate from among the other brothers. The rather more puzzling revelation is the promotion of Judah to the monarchy, as when it comes to kingship there was another far more competent candidate: Joseph.

Joseph was, for all intents and purposes, the king of Egypt, second only to Pharaoh, and he was far more involved in the governance of the country than his boss – and successfully so. Within his own family he had emerged as the clear leader; his seemingly ridiculous dreams which had envisaged his brothers paying homage to him had turned out to be entirely true. Why was he overlooked in favor of Judah?

Rabbi Chaim ibn Attar (1696-1743), author of the seminal Ohr HaChaim commentary, has a stunning insight into Reuben’s disqualification for leadership, the flip side of a coin which underscores Judah’s superlative qualification for that position within the family.

Reuben was hotheaded and brash, acting quickly and thoughtlessly in the pursuit of what he thought was right. And yet, when it came to admitting fault, it was only when Judah had publicly acknowledged his failings when confronted by Tamar that Reuben publicly confessed to his own wrongdoings.

Reflecting on this, Jacob instinctively understood two things. In the first instance, it was clear that Reuben’s most outstanding characteristic – his spontaneity – would never come into play when it came to self-reflection and self-improvement, which meant that he was not suited to leadership.

Meanwhile, and more importantly, Judah was not only able to admit fault and make amends when he got things wrong, he was also able to inspire others to do the same thing – as he did for his older brother, Reuben.

And while Joseph might have been an extraordinary leader in every other respect – including initiative, adaptability, emotional intelligence, and all the rest – when it came to inspiring others, he didn’t have what it took, and Judah was streets ahead of him.

Which was why, when Jacob looked ahead at what would be best for the nation that was to emerge from his family, it was Judah’s inspirational leadership he focused on as the great hope for Jewish endurance in the face of every challenge they would face.

As singer Dolly Parton put it so well: “If your actions inspire others to dream more, learn more, do more and become more – you are a leader.”