THE UGLY SCOURGE OF HATRED 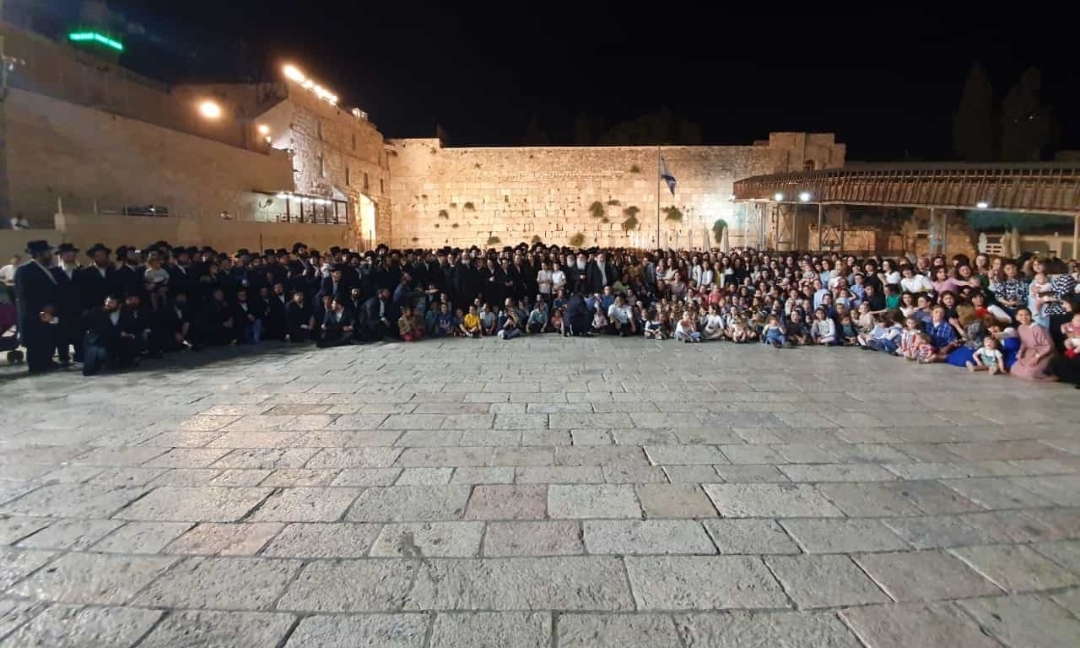 At this morning, Dvir Sorek, a yeshiva student from Ofra, was found stabbed to death close to Efrat in Gush Etzion.

Dvir was just 19 years old. His murderers – who have not yet been found – are presumed to be Arabs who kidnapped their victim at random, and then stabbed him multiple times until he was dead. Their motive – a pathological hatred of Jews.

Heartbreakingly, this horrific tragedy is the second terrorist murder to affect the Sorek family. Nineteen years ago, Dvir’s grandfather, Rabbi Binyamin Herling, was murdered by Arabs who opened fire on a group of Israelis on a Chol Hamoed Sukkot trip to Mount Ebal, near Nablus.

Dvir’s grieving father described him as “a kid with light in his eyes,” and added that “whoever didn’t know him missed out – he always helped the less fortunate around him who were in need of a friend.”

The preservation of human life as a moral objective is enshrined as the highest ideal of civilization, and even a soldier at war, or someone who kills in self-defense, is subject to the rule of law, and certainly to a moral code.

The killing of an innocent person because of something they represent in a warped worldview is the absolute height of depravity, the twisted result of human intellect gone awry.

That is why the Holocaust is considered the most monstrous crime in human history. The industrialized scale of the Nazi killing-machine was fueled purely by hatred for Jews – who posed absolutely no threat to the Germans, or to anyone else for that matter. It stands out as the ultimate example of the moral depravity of those who kill for hate.

Ultimately, love always prevails over hate, and haters are left behind. Earlier this week, Holocaust survivor Shoshana Ovitz turned 104-years-old. She survived Auschwitz having seen her mother being led to the gas chambers, and having lost most of her family.

After being liberated in 1945 she married Dov, another survivor, whose first wife and four daughters were also murdered by the Nazis. They moved to Haifa, where Dov became a poultry butcher and Shoshana worked as a seamstress.

Shoshana had one request from her family, as a gift for her 104th birthday – that all of them gather at the Kotel for a family photo.

Remarkably, after overcoming a host of logistical issues, the family somehow pulled it off. Over 400 of her descendants came to Jerusalem and posed together, as Shoshana sat among them beaming, surrounded by her children, , and great-grandchildren.

Some of them wept, overwhelmed by what they were experiencing, while the youngest descendants ran in and out of the family group, squealing with joy. It was a triumph of love, the ultimate victory against the hatred Shoshana experienced in Auschwitz, at the hands of those who murdered her family, her community, and so many millions of her fellow Jews.

The Talmud (Yoma 9b) records that the first Jerusalem Temple was destroyed as a result of the prevalence of paganism, immorality murder among the Jews of ancient Israel, while the Second Temple’s destruction was due to the widespread phenomenon of “senseless hatred”.

The Talmud’s conclusion is that such hatred is equivalent to the three cardinal sins of Judaism. And even though the people who lived during the Second Temple period were engaged in Torah study, observed mitzvot, and engaged in numerous acts of kindness, says the Talmud, they were ultimately undermined by the rot of hatred. The message is that haters are bound for oblivion, while those who love will prevail.

It always strikes me that the period in the Jewish calendar known as the “three weeks”, between the Fast of Tammuz and the Fast of Av, runs counter to Judaism’s fixation with joy and the celebration of life.

Why are we commemorating death and destruction so many thousands of years after they occurred? Aside from anything else, it is difficult to emotionally connect with a tragedy that happened so long ago, however appalling it was, and however central it is to Jewish identity.

The Jerusalem Talmud proposes (JT Yoma 5a) that “any generation in which the Temple is not rebuilt is considered to have destroyed it.” This critique appears overly harsh if it is not put into context. What the Jerusalem Talmud is saying is that unless the causes of the destruction are properly addressed, the destructive cycle continues, which means that the Temple’s absence is not an event that took place in the distant past, it is happening here and now, and we are the destruction’s protagonists.

According to Rabbi Abraham Isaac Kook, the fact that our Temple was destroyed and the Jewish nation dispersed because of hatred means that the Temple can only be rebuilt and our people reunited in the land by disavowing hatred and promoting love.

Both among ourselves and for the world, we must be ambassadors of love, calling out hatred and its ugly consequences, and trying to ensure that hate is identified as the underlying cause for so much pain and suffering.

If we succeed, our generation can be the one that rebuilds the Temple. Surely that is a worthy goal.

Photo: Shoshana Ovitz, aged 104, surrounded by more than 400 descendants at the Western Wall on August 7, 2019