THE TWENTY-FIRST CENTURY WAR AGAINST AMALEK 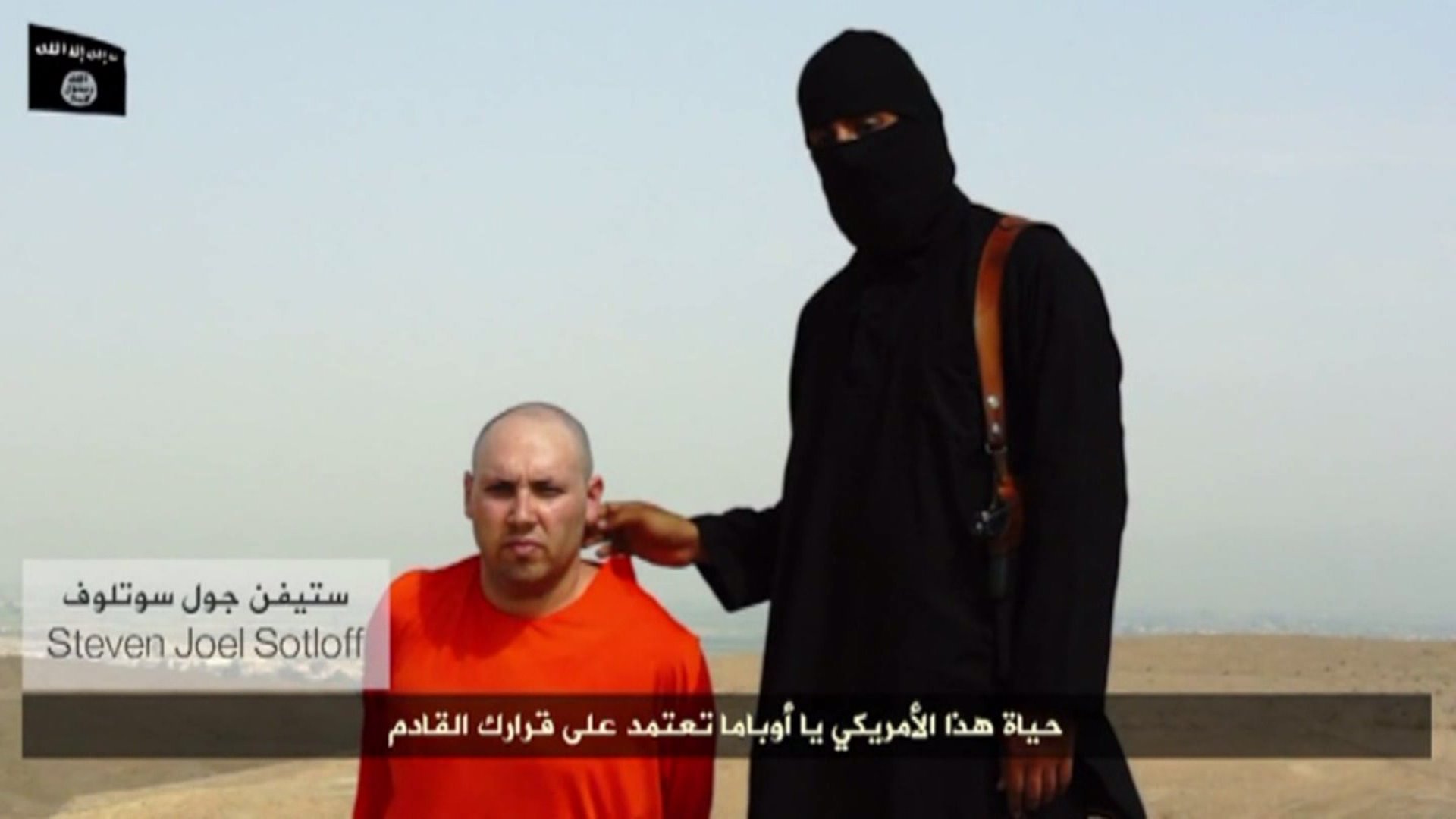 This past week we found out a whole bunch of information about Steven Sotloff, the American journalist executed by ISIS, that had been deliberately kept from us.

We discovered that he was Jewish, part of a wonderful Jewish family from Miami, and the grandson of Holocaust survivors.

We discovered he had studied in Israel, and had taken up Israeli citizenship.

We discovered that he would routinely watch his captors praying towards Mecca, so that he would know how to direct his own prayers towards Jerusalem.

We discovered that last Yom Kippur he feigned illness and thereby refrained from eating, so that he could observe the fast day.

In short, we discovered that Steven Sotloff, who was killed for being an American, lived and died a proud Jew.

The reason all this was kept from us was to protect Steven from certain death, although the chances of his survival were never very high. To an extent this was a demonstration of media maturity. Every news outlet was aware of all or part of Steven’s backstory, and yet responsibly chose to hide it, so that Steven might have a chance, however slim, of emerging alive from his captivity.

This media ‘conspiracy of silence’ should precipitate serious soul-searching on the part of all media organizations. If it is possible for them to collectively behave in a way that protects a life, by making sure not to report facts that could get someone killed, how do they then play up civilian deaths in Gaza, for example, which results in encouraging Hamas to ensure greater civilian casualties by firing their rockets from heavily populated areas?

Media organizations – by their own omission – are demonstrating their acknowledgment of the fact that news stories can result in people getting killed. Perhaps, on reflection, it is CNN and BBC who should be tried for war crimes.

But it is not this point that I wanted to raise. I am much more taken by another – overlooked – aspect of Steven Sotloff’s brutal beheading. This coming week we will commemorate the thirteenth anniversary of 9/11.

Thirteen years ago we watched in horror as the Twin Towers crumbled before our eyes, and we learned of the horrific deaths of almost 3,000 people in a terrorist outrage that was planned and executed by Muslims in the name of their faith. That day saw the genesis of what came to be known as the ‘War on Terror’, which was in fact a war against Muslims willing to murder anyone who stood in their way, all in the name of their faith.

Astonishingly, thirteen years later, the war rages on. Al Quaeda has morphed into ISIS, the Taliban were vanquished but have returned, Iran is well on its way to nuclear capability, and there are incessant rocket attacks into Israel from Gaza. How is it possible, if the majority of the world abhors terrorism, and deplores violence, and we all support a war that has as its aim the eradication of Muslims who murder in the name of their faith, that we remain threatened by these abhorrent beasts?

There is a clue at the very conclusion of this week’s Torah portion. It is a small paragraph that we read this week, and on the Shabbat before Purim (Deut. 25:19): תִּמְחֶה אֶת זֵכֶר עֲמָלֵק מִתַּחַת הַשָּׁמָיִם לֹא תִּשְׁכָּח – ‘Never forget! Obliterate any vestige of Amalek from under the Heavens!’

Not only is this commandment to destroy the Amalekite nation anachronistic, it doesn’t even make sense. It seems to set itself up as a directive for all time – ‘never forget!’ – and yet, if executed correctly, it would surely become obsolete immediately. What is the meaning of this internally contradictory Divine instruction?

Amalek was an ancient national entity – a tribe of marauding warriors who attacked the defenseless Jewish nation soon after leaving Egypt.  There is no Amalekite nation today; they have long died out. But truthfully, Amalek exists in every era, represented by the basest segments of the human race who desire to kill other humans in the name of some cause, but in fact it is simply to satisfy their lust for violence and mayhem.

Never, at any point in human history, has humanity been spared from Amalek. There is always an Amalek ready to wreak evil havoc on their fellow man, using ultimate cruelty and a disregard for boundaries to cow us all into submission.

And just when we lull ourselves into believing that we can breathe easy, a new incarnation of Amalek raises its ugly head. No sooner had the Nazis been vanquished, the Soviet Union filled the gap. With the collapse of the Soviet Union, a new Islamic Amalek emerged.

That is why the Torah tells us to ‘never forget!’ It is a warning to us from the dawn of history. In every era you will have your Amalek, and it will be your duty and your responsibility to eradicate the Amalek you face, whatever form it takes. Don’t believe for a second that because you have destroyed one Amalek, Amalek has been vanquished forever.

This ‘War on Terror’ is a physical representation of the spiritual war between good and evil, which forms the very purpose of our creation. We must be ready for it, and we must be prepared to go on with it, and to win it, because our goodness is measured only by our willingness and resolve to battle evil, and that is something we must indeed ‘never forget!’

Photo: Steven Sotloff is displayed on video just before his beheading by ISIS (screenshot)