THE TRUTH ABOUT TIKKUN OLAM 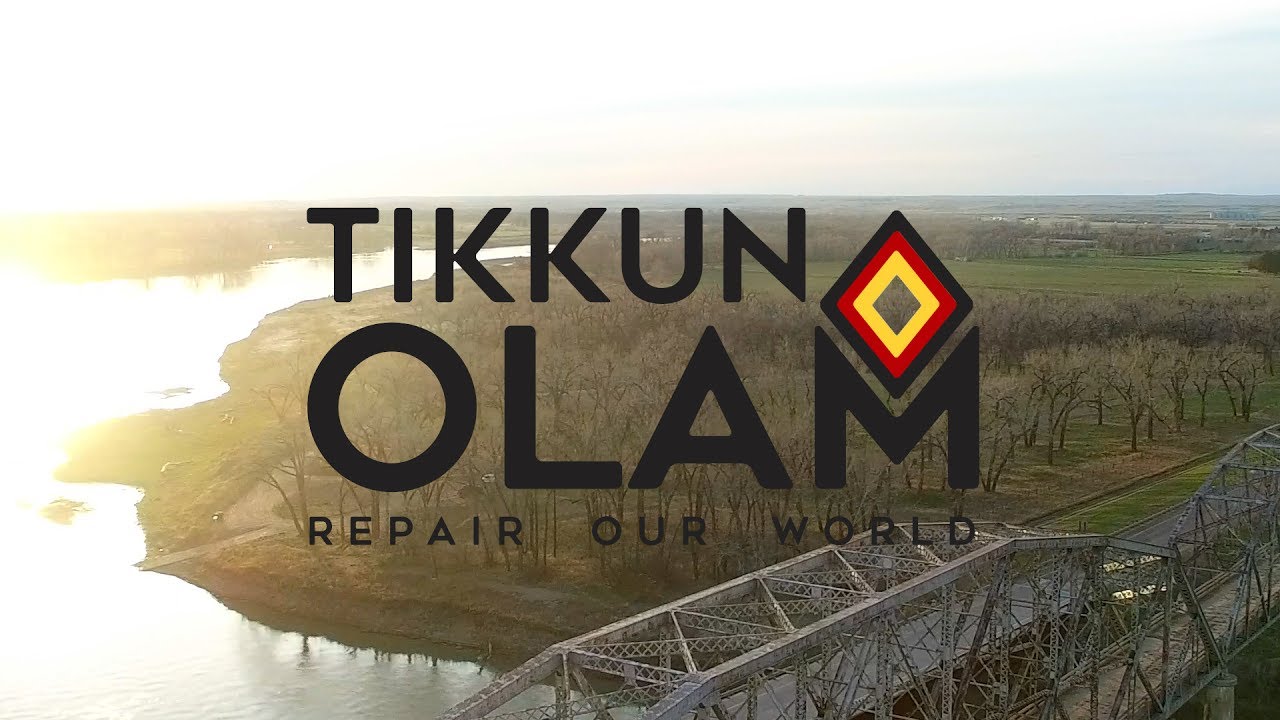 There has always been an inclination among Jews to present contemporary political views as being in line with Judaism and the doctrines of the Jewish faith.

Perhaps the most notorious example of this phenomenon was a sermon delivered by Rabbi Morris Jacob Raphall to his congregation at New York’s Bnai Jeshurun synagogue in December 1860.

The sermon was a response to outgoing President James Buchanan’s last minute attempt to avoid the breakup of the union by calling for a national day of “Humiliation, Fasting and Prayer”, and was provocatively titled “The Bible View on Slavery”.

Rabbi Raphall proposed that the Torah and ancient Jewish law believed that “slaveholding [is] not only recognized and sanctioned as an integral part of the social structure…[but] the property in slaves [is] placed under the same protection as any other species of lawful property.”

Clearly, he was caught up in the fear of a nation descending into chaos while desperately trying to avoid civil war, leading him to present the case that slavery was not inherently evil, evidenced by the support for it in the bible, thereby creating an opening for abolitionists to tolerate slavery in their midst which would, in turn, prevent the disintegration of the union.

A neat thesis, perhaps, but even in 1860 this was regarded as a highly controversial view. And today? Today we look back at what Rabbi Raphall said aghast, and wonder how he could have got it so wrong.

Actually, it makes perfect sense. Rabbi Raphall was not presenting his audience with pure theology, nor with halakhic discourse. What he was trying to do was fabricate an unassailable backdrop for a controversial political position within a vexed contemporary reality.

After all, if abolitionists – many of whom were devoutly religious – revered and respected the Hebrew Scriptures, they would surely have to concede that those very same scriptures did not disparage slavery or slave-owners. It was a classic case of the tail wagging the dog.

The same is true of any political creed claiming its entire philosophy is based on the Torah. I have seen this all too often over the years – clever ideologues cherry picking laws and concepts from the Torah and Talmud, and using them to demonstrate that their doctrine alone is the one that is founded in Judaism. Whether such claims come from the left or the right, they all have one thing in common — they never quite add up.

Let us take Tikkun Olam as an example of this phenomenon. Tikkun Olam has in recent years become the buzz phrase for American Jewish progressives. ‘Let us take care of the poor and downtrodden,’ proponents say, ‘whether they are in our back yard or anywhere around the world –that is what the Torah wants us to do.’

To the advocates of Tikkun Olam, this Hebrew phrase has come to mean ‘Healing the World’ – which, curiously, is not what it implies when it appears in Jewish legal texts, where it means ensuring that the execution of law does not result in a disintegration of society; nor when it appears in Jewish mystical texts, where the word tikkun connotes a reconciliation between the spiritual and material worlds.

In any event, while ‘Healing the World’ is undoubtedly a lofty aspiration, I find it hard to see any kind of meaningful differentiation between Tikkun Olam as an ideology, and contemporary liberal progressivism. Charity and kindness to others is certainly a core Jewish value, but it is just one of many hundreds of mitzvot that are of equal importance — and many of those others are far more unique, by which I mean more ‘Jewish’.

Before your hackles are raised in indignation, and as you rush for your Hebrew Scriptures to prove me wrong, let me share with you the central text of Tikkun Olam – literally the verse in the Torah that is the foundation of the entire Tikkun Olam movement – and show you how it has been misconstrued.

The verse can be found in this week’s Torah portion (Lev. 19:18): וְאָהַבְתָ לְרֵעֲךָ כָמוֹךָ – ‘you should love your neighbor as you do yourself’.

The implication from this verse is clear. The Torah expects more than brotherly love and more than a sympathetic concern for others. It expects us to prioritize the needs of others no differently than we would our own needs. Moreover, in the Jerusalem Talmud the great Rabbi Akiva expands on this directive, and tells us that it is כְּלַל גָדוֹל בַּתּוֹרָה – a ‘great principle of Torah’.

Surely Rabbi Akiva’s statement indisputably proves that Tikkun Olam is of far greater significance than any other mitzva? In reality, however, that is not what he is saying at all, and anyone who suggests otherwise is engaging in a fatuous Rabbi Raphall type justification.

So what exactly is Rabbi Akiva trying to teach us? He undoubtedly wants us to pay as much attention to the small principles of Torah as we do to the great ones. So why does he refer to this particular directive as a ‘great principle of Torah’? Could it be he is suggesting that it is somehow more important?

Actually, he is doing the exact opposite. Rabbi Akiva is aiming his statement at precisely those people who believe that taking care of others and being a ‘good’ person is more important than anything else.

The western world has been engulfed by this notion of being a ‘good person’, as though this is the only thing that matters. Ritual obligations, belief in God, concern for honoring the past or respecting your heritage, can all be discarded and dismissed without a second thought – as long as I’m a ‘good person’.

Rabbi Akiva – who had himself been very disparaging of rabbis and Jewish tradition in his youth – informs us that this view is utterly warped and misguided.

Loving your neighbor is only ever a ‘great principle’ if it exists ‘BaTorah’ – in the context of a commitment to every other Torah obligation.