THE TRUTH ABOUT HEBRON 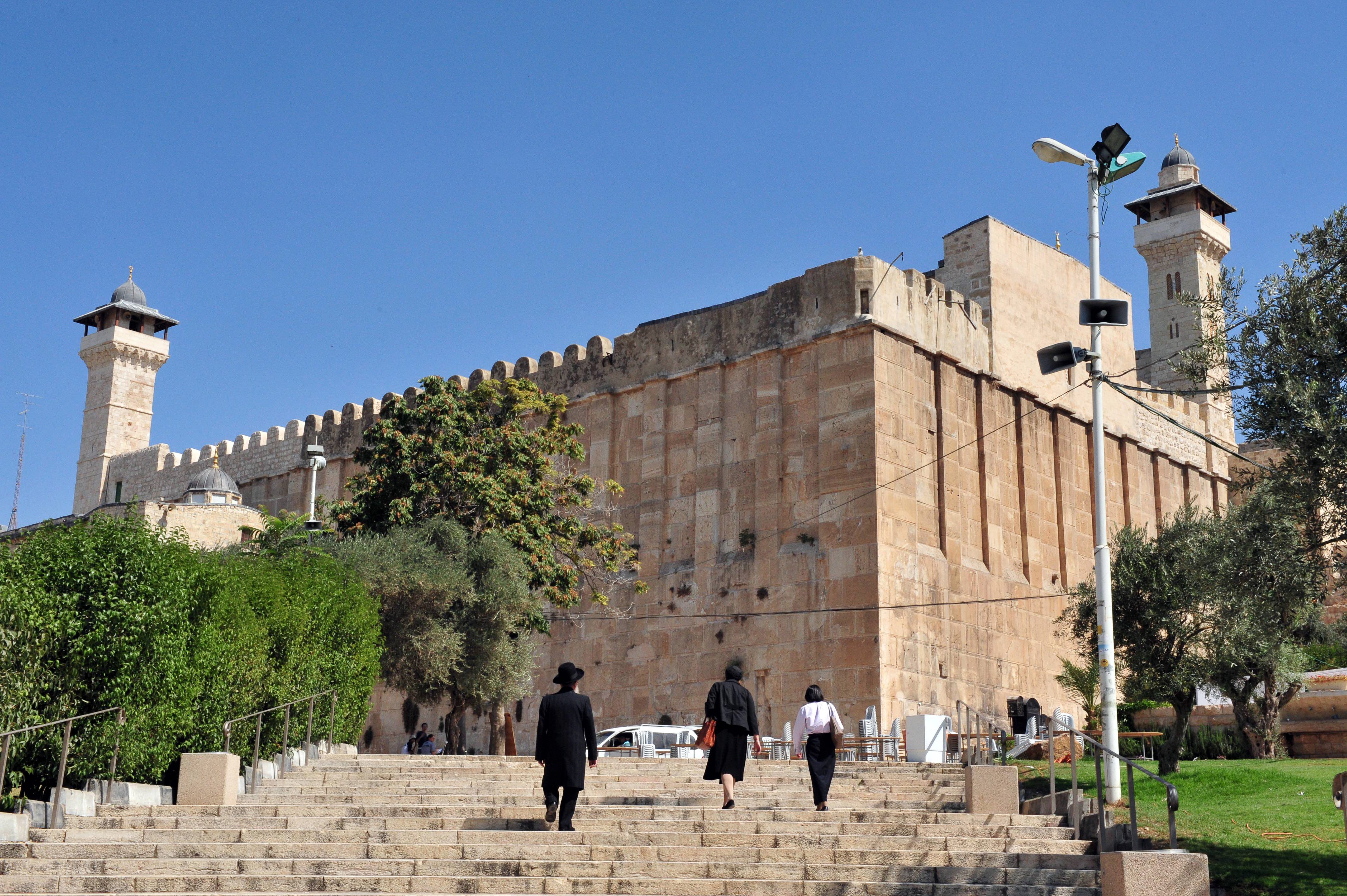 We are currently on a visit to Israel, and a friend here called us to ask if we would like to join the thousands of pilgrims who visit Hebron for Shabbat Chayei Sarah.

Although it is not strictly an “anniversary” weekend, seeing as this portion describes how Abraham purchased the Hebron burial plot for his wife Sarah, the Chayei Sarah weekend has become a semi-official annual date for Jews to celebrate our 3,500-year history in the city.

Although we are not going to take up our friend’s invitation, I do feel it is appropriate for me to share some thoughts with you about Hebron, particularly because the Jewish community of Hebron is often falsely portrayed as an incendiary enclave of die-hard Arab-hating Jews living in stolen Arab buildings and guarded by IDF soldiers who outnumber them 5-to-1.

To say that this is a distortion is an understatement.

In late 1996 and early 1997, international negotiators toiled to come up with a solution that would enable both Jews and Arabs to cohabit in Hebron. The discussions resulted in an agreement known as the Protocol Concerning the Redeployment in Hebron, which remains in force to this day.

This agreement means that the Jews of Hebron don’t live in an “illegal settlement” and are not “occupiers”. They are the legal residents of a Jewish neighborhood in Hebron, recognized as such by the UN, and – officially, at least – by the Palestinian Authority. It is, in fact, the only place where such arrangements between Israel and the Palestinians have been finalized.

So why are the Jews in Hebron portrayed as a provocation?

The answer is simple. Despite signing the agreement, Palestinian leaders have never accepted the reality it created, knowing if they do that they will be forced to accept similar final-status compromises all over the country, resulting in Jews being allowed to remain in Palestinian areas, an outcome they deem unacceptable.

Arab hostility to the Jews in Hebron is therefore constantly incited by political and religious leaders, in the hope that the world will ultimately force Israel to remove all Jews from among the Palestinians, and even from Hebron.

More levelheaded Arabs at the grass roots have very different ideas. Some months ago I read about Sheikh Farid Al-Jabari. He is the patriarch of one of the largest Arab clans in Hebron, and is very friendly with the head of the Hebron Jewish community, Noam Arnon.

Sheikh Al-Jabari passionately believes that Jews and Arabs will eventually live in harmony, not just in Hebron, but all over the Land of Israel. He is not interested in a “peace process” or in political or religious movements that champion the Arab cause. He thinks they are an utter waste of time. Instead, he is interested in creating facts on the ground that enable Jews to live with Arabs, and he will talk to anyone who will help make this happen.

Which brings me to the heavy IDF presence in Hebron.

Firstly, the facts: the number of soldiers in Hebron is nowhere near the exaggerated numbers reported in the media. For most of the year there are around 600 IDF soldiers stationed there, to protect the 700 Jewish residents of Hebron and the 7,500 residents of nearby Kiryat Arba.

If I have my math right, local residents outnumber soldiers by more than 13-to-1, which is not soldiers outnumbering residents by 5-to-1.

And let me say this: I completely agree with those who say that the military presence in Hebron is awful. They are absolutely right. There should be no need for soldiers in Hebron, or anywhere on the streets in Israel – which would of course be possible if there was no danger of Arab attacks against Jews.

I mean, wouldn’t it be great if we could beat our swords into ploughshares?

Unfortunately, Jews who live in Hebron are in constant danger, and not just from stabbings. On many occasions in the past Arabs have used high caliber rifles to shoot into the Jewish neighborhood, resulting in injuries and fatalities. There have been bombings as well.

Where are the human rights organizations when Jews are getting attacked and killed? Why do they protest when Arabs suffer and say nothing about the Arabs who cause suffering to the legal Jewish residents of Hebron? Surely Jews should also be allowed to conduct their lives free of any military presence, or the inconveniences of restriction of movement?

Shouldn’t the UN, instead of criticizing Israel for its military presence in Hebron, be working with people like Sheikh Al-Jabari and Noam Arnon to find ways of reducing local tensions by increasing harmony between Arab and Jewish residents? After all, isn’t that what they are about?

In any event, the image of Hebron Jews as fanatics is a complete misrepresentation. A few years ago I went on the Shabbat Chayei Sarah Hebron pilgrimage and stayed in the local yeshiva, Yeshivat Shavei Hevron. This fantastic institute of Torah study has a student body of 250 and is a model of respectful and respectable religious Zionism. It is housed in the ‘Romano Building’, an Ottoman era structure that was built for the Jewish community in 1876 by the Turkish philanthropist Avraham Haim Romano – in other words, not a stolen Arab building.

The yeshiva is committed to a moderate worldview that demands complete adherence to the laws of the state. It is a shining example of the kind of sensible approach that defies the ‘fanatic’ label in every possible way.

Particularly now, as the repellant ‘knife Intifada’ continues to unfold, we should highlight the situation in Hebron. Those people who claim to be seeking solutions should be reminded of this ancient city, and be informed that the solutions they claim to be seeking are already enshrined in an agreement recognized by the international community – an agreement that has been consistently ignored by the Palestinian leadership.