THE TRUE VALUE OF LIFE 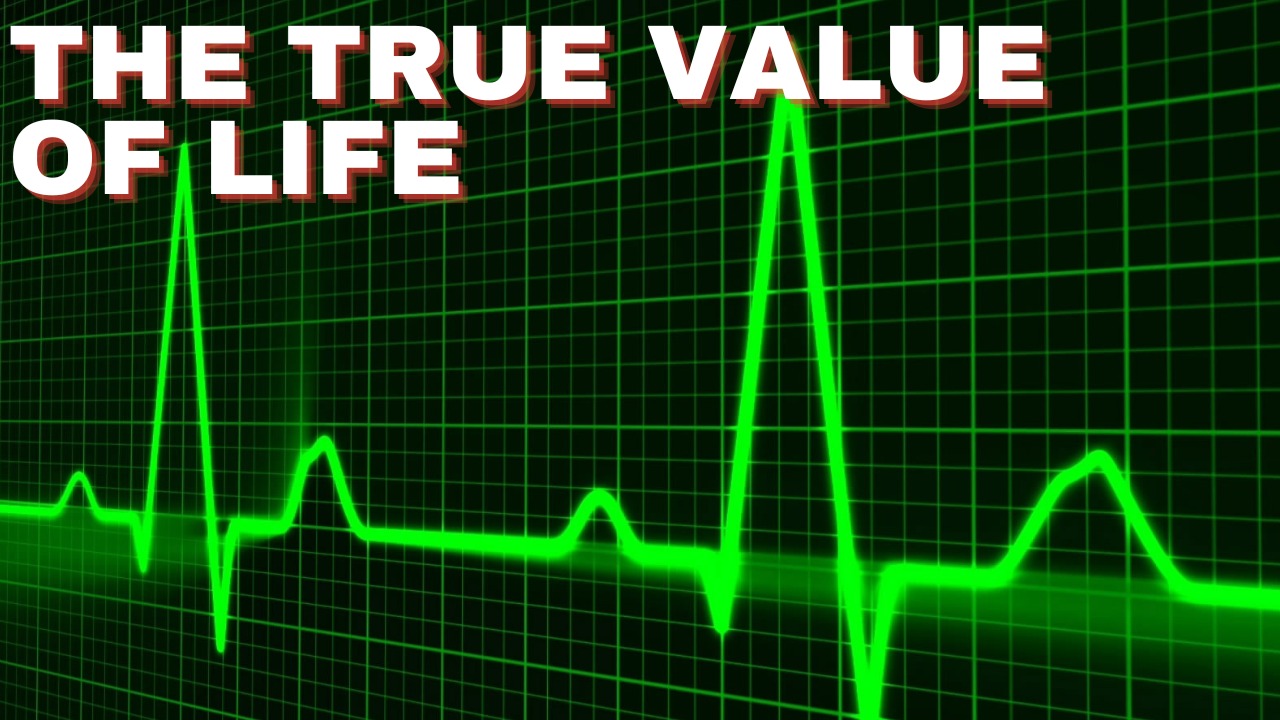 We all know that Rosh Hashana is meant to be a wake-up call. So much so, that it even comes with its own alarm clock: the shofar. In fact, the idea that on Rosh Hashana we are being shaken out of our slumber and being made conscious of something important is totally ingrained into the system.

But – what exactly is that “something”? The answer is not so clear, and it desperately needs clarification if Rosh Hashana is going to have some enduring meaning beyond just being another milestone in our lives and another check on the checklist of scheduled events that we repeat annually, without really understanding what the event should mean.

Let me remind you that Rosh Hashana is the anniversary of the final day of creation – when human beings were created. I think it is very significant that we associate the beginning of the year with the birthday of humanity. The creation of humanity and teshuva are closely connected.

Animals – even intelligent animals – can’t sin. But humans can, because we were created with a sense of right and wrong. Although, it is worth exploring what really makes us that different from an animal?

Have you ever heard the story of Gary Rosheisen? Actually, the story is really about Gary’s cat – and it’s a crazy story. Some years ago, Gary had a series of mini-strokes and, as if that wasn’t enough, he also suffered from advanced osteoporosis. He was not in very good health, and to compound matters, he lived on his own with no support.

Not able to get out of his home, Gary decided to buy himself a cat. He named the cat Tommy, and Tommy was an absolute godsend. You might actually say that Tommy was a lifesaver – and you wouldn’t be wrong.

As a result of Gary’s significant health issues, which occasionally included seizures, he always kept a landline phone close at hand. But he was nervous that in the event of a seizure he wouldn’t be able to dial 9-1-1, so in addition to the numbered buttons, he had a speed dial button on the phone that automatically dialed 9-1-1.

And just to be sure that in the event of an emergency he would be able to reach out to a first responder team, Gary tried to train Tommy to press the speed dial button on the landline phone. But as hard as Gary tried, Tommy didn’t seem to understand what to do, and Gary eventually gave up trying to train him.

A few months later, Gary had a seizure and fell out of his wheelchair onto the floor. After a few moments Gary came to his senses, but he was unable to move. To make things worse, he didn’t have his medical emergency necklace, and was too far from the emergency cord next to his bed. The nearest phone was out of reach, and it seemed as if all his plans for such an emergency had amounted to nothing.

But moments later the first responders arrived. Apparently, they had received a call from Gary’s landline phone. Someone had dialed 9-1-1 – but when the emergency operator picked up no one said anything, so the operator traced the call and the first responders rushed over to Gary’s house as quickly as they could to see what was wrong. That’s when they found Gary on the floor of his room. Meanwhile, Tommy the cat was in the living room, next to the phone on the floor. Obviously, Tommy’s training had been far more successful than Gary had thought.

I love a good rescue story. Everyone does. Usually, rescue stories are about humans rescuing humans. But in this story Tommy the cat is the hero. And it’s so heartwarming. A human life was saved. By a pet. What could be better? Although, of course, had we been there when Gary needed help, we would have called 9-1-1. We would have done everything we could. Right? Because humanity values human life above everything else.

Consider this: wars and war crimes continue to plague the world – resulting in tens of thousands of deaths and millions of refugees every year. And closer to home? Mass shootings occur so often in the United States that the news reports about them barely last for one full 24-hour news cycle. And what’s even worse – during those 24 hours, the news reports barely register in our consciousness. So – is human life really such a priority?

Let me share something even crazier. There’s an academic called Dr. Richard Topolski – he is a professor of psychology at Georgia Regents University. In 2015, as part of his research into human behavior, Topolski conducted a survey in which participants were given a hypothetical scenario: a bus is hurtling out of control, bearing down on a dog and a human and you can only save one of the two. Which one would you save?

Over 500 people responded to the survey. Let me summarize the answer as follows: apparently, the will to save the human depends on what kind of human it is, and it also depends on what kind of dog it is! Of course everyone said they would save a sibling, or a grandparent, or a close friend – if they didn’t know the dog, that is.  But if it was their dog about to be crushed by the bus, you’d be amazed what people said they would do. I won’t give you the grandparents and sibling statistics – but consider this: 40% of the respondents said they would be more likely to save their dog than a foreign tourist that they’d never met.

Topolski’s question is similar to the one that has been asked dozens of times in sociology project surveys: if you saw your dog drowning in the river and at the same time a stranger drowning, would you first try to save your drowning dog or would you save the drowning stranger? For well over 40 years, the results have been fairly consistent: about a third would save their dog, the second third would save the stranger, and the other third don’t know what they would do.

Now, you may be wondering where I’m going with all this. You may also be thinking, what’s so bad about saving a dog, especially if the human might be evil? I think the best way of understanding this concept, and making any sense of it, is to consider the emotions we feel when we hear that a child is terminally ill, or that a child has been killed in an accident, or by a murderer. Why do we feel so bad when that happens – much worse than when we hear about an adult in the same scenario?

I believe that what plagues us most of all about a child dying is the tragedy of lost potential. That dead or dying child will never have a chance to fulfill their potential in life – their life has been ripped away from them before they’ve had a chance to do anything meaningful.

And perhaps the reason we might save a dog instead of a human – or worse: why we don’t do much more to save human lives – is because we are so cynical about human potential.

I would like to suggest that correlating Rosh Hashana and the creation of humanity is exactly because when we pray for life, we need to realize that we are not merely praying for living another year. We are praying for the opportunity to fulfill our potential. And the only way we can do that is by seeing the potential in humanity.

That is why the word for “life” in Hebrew is “chayim” – in the plural – because there are so many opportunities and possibilities in the dynamic journey called human life, that speaking about “life” in the singular is simply inadequate.

Rosh Hashana is the birthday of humanity, which makes Rosh Hashana the platform for human goodness. Every minute lived offers us another opportunity to do good. To serve God. To help others. To save lives. To value life. And to pray, not just for a life of breathing and existence – because that kind of life is just like the life any other animal, an animal likes Tommy the cat or a drowning dog.

On Rosh Hashana, when we pray for life, we pray for a life of potential, and of fulfilling our potential. May we all merit to be written in the “Book of Fulfilling Our Potential,” and of helping others fulfil theirs.

[1] A video of the debate is available here: https://rabbidunner.com/the-great-debate/