THE TRUE MEANING OF HOLINESS 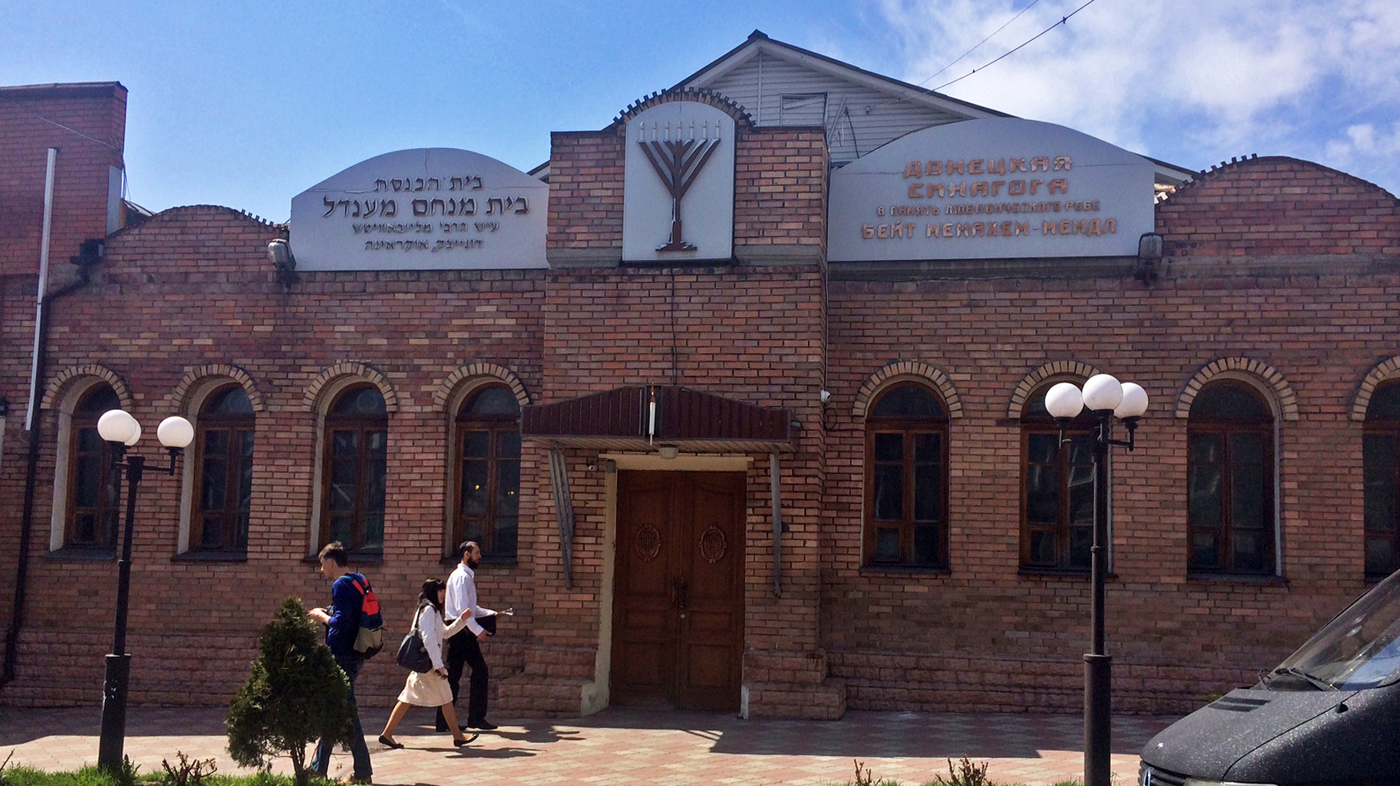 A couple of weeks ago, as Jews were leaving Donetsk synagogue in Ukraine, they were confronted by masked men handing out flyers.

The flyers contained an ‘official’ order for all Jews to register with the new local pro-Russian government in Donetsk, or face deportation. US Secretary of State John Kerry called it “grotesque”, and other prominent figures similarly deplored the incident.

Interestingly, Denis Pushilin, head of the self-styled ‘Donetsk People’s Republic’, issued a statement that the flyers were fake, and suggested that the incident had been orchestrated by supporters of the Ukrainian government, with the intention of discrediting his movement.

The local rabbi in Donetsk – a city hat is thome to 15,000 Jews – told Reuters that while the whole episode had been quite shocking, he was satisfied it was a political hoax – ‘a crude provocation’.

Provocation or not, there is much to be alarmed about when considering this story. The first thing to consider seriously is the emergence of the Jew as a political tool in the dispute between Russians and Ukrainians. The mere fact that Jews are being highlighted in any way by warring nationalistic factions is not something we should dismiss or treat lightly. It is serious, very serious.

It is also worth taking note of the fact that Jews who live in Donetsk are far from overtly Jewish in their behavior, and nor is Jewish activity in Donetsk very prominent.

The metropolitan area of Donetsk is home to 1.5 million people, which makes the Jewish population around 1% of the total population. The fact that despite this, Jews remain visible, should inform all of us that Jews are not safe in the Ukraine, or Russia, or in many countries where Jews reside. We are visible, we are vulnerable, and we are a target.

The question we need to ask ourselves is, why? Why is it that all too often, despite our miniscule numbers and minimum prominence, we still attract so much attention?

In this week’s Torah portion, Kedoshim, we are instructed:

It is a strange instruction. The portion goes on to list numerous commandments that offer guidance on being ‘holy’, but the laws listed are very mundane – honor your parents, don’t emulate pagans, don’t be immoral in your sexual relations. None of these things seem particularly ‘holy’.

So what does it actually mean to be holy? And surely we could never be ‘holy’ like God!

The key to unlocking this enigma centers on correcting a misunderstanding about holiness. The Hebrew word ‘Kadosh’, which we translate as ‘holy’, does not mean, as it is often understood, ‘spiritual’ or ‘mystical’. It means ‘separate’ or ‘distinct’.

This is why, for example, the act of marriage is called ‘kiddushin’. When a man gets married, his wife becomes separated from all other women – for him she is distinct and unique. Shabbat is also ‘holy’, in the sense that it is different from all other days of the week.

Jews are commanded to be ‘holy’ by distinguishing themselves from the rest of humanity. The qualities required revolve around aiming high in terms of one’s moral outlook. Rather than giving in to material and physical desires, we must remember that we are different, that we can take control of our natural drives and be better and greater than the sum of our human parts.

The way God explains this concept is by pointing out that He is ‘holy’, meaning that He is not like the pagan gods of Biblical times, all of whom simply reflected human weaknesses.

This elevated aspiration marks us out for antipathy and hatred. Nobody likes a group that has elevated ideals. Paradoxically, Jews are criticized when we succeed in our attempts to be different, and we are also singled out for criticism when we behave just like anyone else.

It almost seems as if our critics are subconsciously but acutely aware of our mission.

We should be mindful that as standard bearers of ‘holiness’ we are a target for hatred, and particularly by those not disposed to the ‘holiness’ we represent.

Perhaps the lesson for us is not to run away from our mission, but to embrace it and live up to it, taking it up with renewed vigor. They won’t love us any less in Donetsk if we do.

Photo: the Chabad synagogue in Donetsk, Ukraine, in 2014