THE TRIUMPH OF THE PRESENT IS IN THE PAST 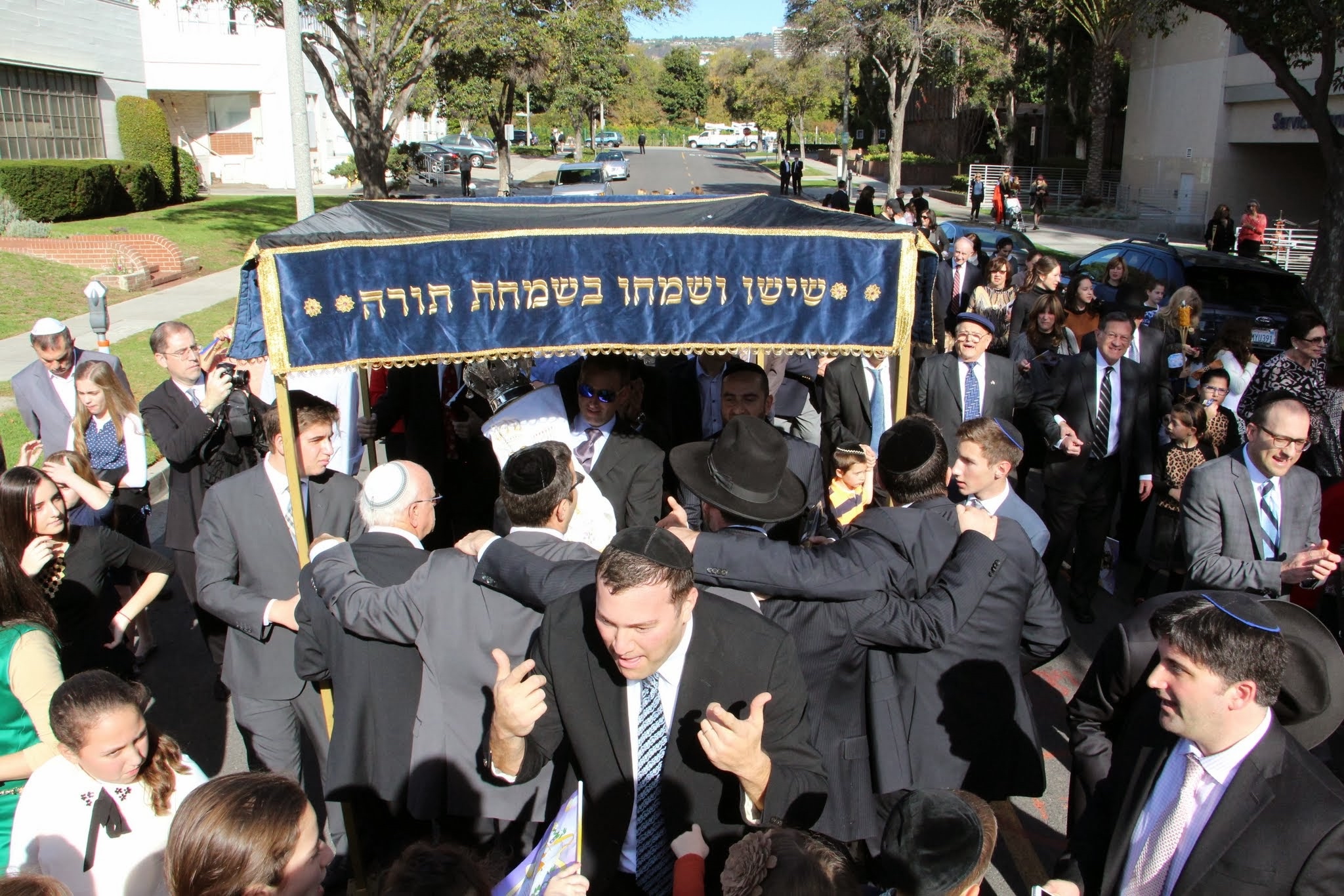 Last Sunday we were invigorated and inspired by the dedication of a new Torah scroll for our community, Beverly Hills Synagogue.

The celebration that commenced at the home of our member, continued with dancing and music through the streets of Beverly Hills, and concluded with a beautiful service and festive meal at the synagogue.

In the Torah portion of Vayigash, the story of Joseph’s rags-to-riches triumph comes to its dramatic conclusion, as he reveals his identity to his brothers, and is finally reunited with his beloved father, the patriarch Jacob.

In the midst of the climactic showdown, Joseph cries out to his brothers (Gen. 45:4):

It seems a little strange that just as he is finally reconciling with his brothers, he should remind them of their original misdeed, the cause of the 22-year separation from his father, and his many years of slavery and suffering.

The explanation for this outburst is as simple as it is true. Joseph needed his brothers to know that despite years of isolation, and despite having been exposed to hardship, and to challenges that might have changed him into something unrecognizable, he still remained the original Joseph, exactly as he was all those years earlier when they sold him into slavery.

Joseph remained a loyal son of Jacob, true to his roots, and to the values of his home and his upbringing. How many of us are able to go through years of exposure to everything that undermines our upbringing and value system, and still lay claim to the ideals of our youth?

We can learn much from Joseph, the only one of his brothers referred to by the sages as “ha-Tzaddik” – ‘the righteous’. He was righteous because he withstood every challenge, and retained his spiritual and moral compass, which ultimately enabled him to reconcile with his brothers in a way that brought his family back together without a hint of rancor or bitterness.

As we danced through the streets of Beverly Hills, a neighborhood that is about as far removed from the Eastern European “shtetl” background of many of those who were there as it is possible to be, and as we sang Hasidic melodies with fervor and gusto, I could not help thinking that we are all truly the spiritual descendants of Joseph the Righteous.

The man in whose memory the Torah scroll was donated endured the horrors of the Holocaust and ended up in a world that was utterly different from the deep seat of Jewish life he was born into, and where remaining true to the values of Judaism was no simple feat. Nevertheless, he stuck it out and produced new generations of Torah-true Jews, who delighted in the celebration of a new Torah scroll.

At moments such as these – triumphant moments – rather than forget our tragic past, we are compelled to remind ourselves of those seats of Jewish life that are the backbone of our background which are now gone, and to remind ourselves of the horrific genocide of the Holocaust that almost destroyed us, in order to add a whole new level of meaning to the triumph of those moments.

That is what Joseph did to his brothers, and that is exactly what we should do.