THE THREAT OF SODOM 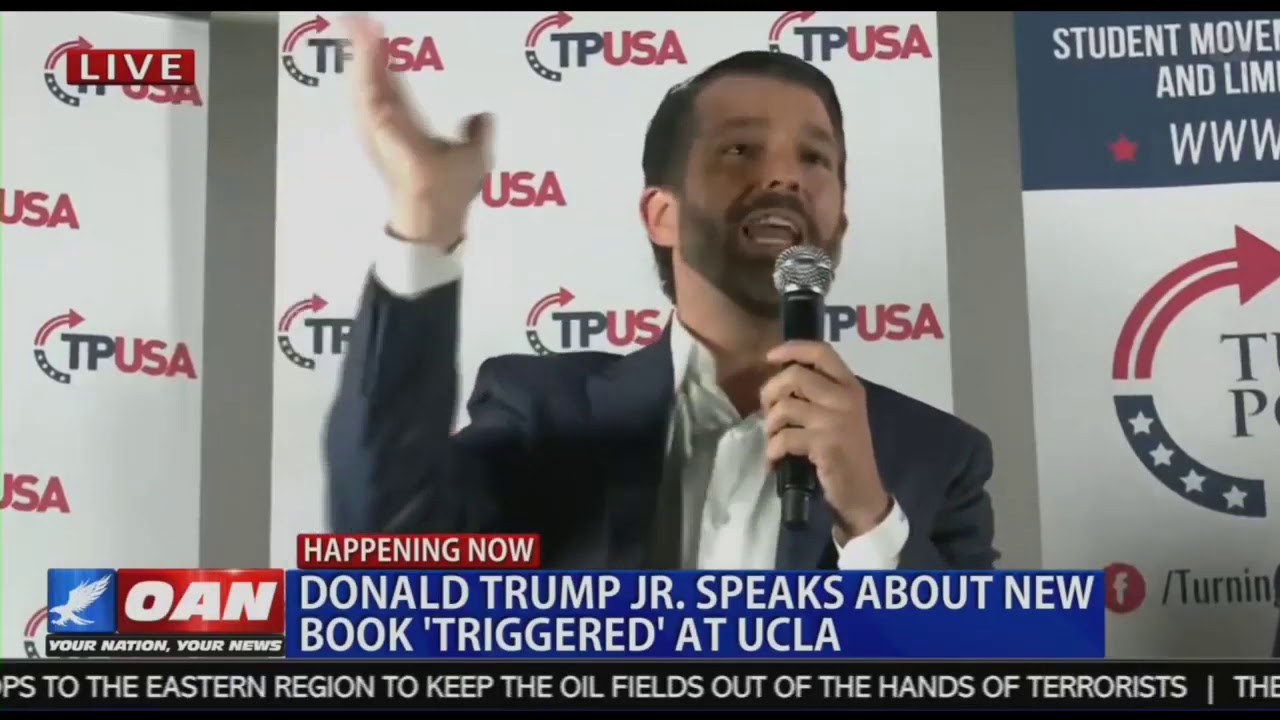 Unsurprisingly, last week’s release of Donald Trump jr.’s debut book, Triggered, immediately unleashed an avalanche of reaction across the political spectrum, much of it negative.

Alex Nichols in The Outline called Triggered “Fox News you can read on the toilet”, adding “this book sucks”, while late-night TV-host mockery has been rife.

Don jr.’s appearance on The View alongside a panel of high profile celebrities and pundits was an unmitigated disaster, quickly descending into an exchange of withering personal attacks.

Some of those who have reviewed Triggered, even as they disparage the content, are prescient enough to note that the president’s son has the makings of a right-wing political contender of the future.

Writing in The Guardian, Lloyd Green, a middle-of-the-road Republican who worked for the late President George H. W. Bush, dismisses Don jr.’s book as “one-eyed, loose with the facts and a crude attack on the left,” but nevertheless acknowledges the obvious fact that the younger Trump “truly connects with the party’s base”, adding that “come 2024 Don Jr. could well be on the ticket.”

Meanwhile, Triggered immediately hit #1 on The New York Times bestseller list, and the book is rated #3 on Amazon. It would appear that Don jr.’s lengthy presentation of “all the tricks that the left uses to smear conservatives and push them out of the public square” is of great interest to a very significant group – a group that clearly does not view Triggered as “one-eyed”, “loose with the facts,” nor “crude.”

Which makes it all the more surprising that Don jr.’s visit to UCLA this past Sunday night ended up with him being booed off the stage – ironically not by liberal opponents of the Trump presidency who are the bogeymen focus of Triggered, but rather by far-right activists annoyed at the refusal of event organizers to allow a Q&A.

Turning Point USA, the nonprofit which arranged Don jr.’s visit to UCLA, subsequently issued a statement to explain their reluctance to allow audience involvement – “we were made aware of a preplanned effort to disrupt the event.”

Although their statement failed to mention that the main instigator behind the planned disturbance was a right-wing agitator by the name of Nick Fuentes, a 22-year-old YouTuber neo-fascist conservative who openly supported the 2017 racist  “Unite The Right” rally in Charlottesville, and has regularly criticized US support for Israel.

Fuentes and his many thousands of acolytes, alongside other similar groups, are working feverishly to dominate the Trump-era Republican movement, and their ugly agenda has escalated to the extent that they are ready and willing to humiliate the president’s son just to score political points. Sometimes referred to as alt-right, or “America Firsters”, the views of these fringe extremists, whose racism and antisemitism is endemic and unreconstructed, are insidiously seeping into the mainstream, changing the political landscape in ways that cannot be minimized or ignored.

Not that things are different on the left. In September, Trenton NJ City Council president Kathy McBride used an anti-Semitic slur while referring to negotiations between Jewish city attorney Peter Cohen and a local woman, saying he was “able to wait her out and Jew her down.”

And we are all familiar with Rep. Ilhan Omar’s infamous tweet “it’s all about the Benjamins, baby,” using a classic antisemitic trope to articulate her view that the predominantly Jewish pro-Israel lobbying organization AIPAC pays politicians to support Israel.

Most shockingly, many liberal-leaning Jews rushed to Omar’s support, claiming “it’s not inherently anti-Semitic to criticize Israeli government policies or AIPAC” – thereby demonstrating that they had either missed the point entirely, or preferred to remain blind to the increasing number of voices in their camp that are worryingly comfortable with tropes and prejudices that we had all thought were dead and buried in mainstream politics.

On the right, too, many are reluctant to call out the ever-increasing extremist belligerence that is steadily becoming mainstream.

One of the most disturbing stories in Genesis is the story of the two visitors who come to rescue Abraham’s nephew Lot and his family from the destruction of Sodom.

After Lot insists on inviting them to be guests in his home, a mob gathers outside demanding that Lot deliver the two visitors to them “so that we may be intimate with them” (Gen. 19:5).

All the commentaries agree that the mob’s intent was to rape the visitors, but Ramban explains that the motive was humiliation not sexual, underpinned by a hatred of outsiders and those different to them, who they imagined planned to undermine their established identity by stealing what was theirs and contaminating their perfect existence.

Shockingly Lot offers his own daughters in exchange for the two visitors, and although his proposal is rejected by the mob, and then the mob is neutralized by blindness, the question remains – how could Lot, brought up in the home of Abraham, the Torah’s paragon of kindness and humanity, even think to offer his daughters to a violent mob intent on grievous sexual assault?

Clearly Lot is not an evil man – on the contrary, he welcomes the visitors to his home as treasured guests. But he has fallen into the trap of those who try to reconcile the irreconcilable.

Lot had mistakenly believed he could withstand the temptations of Sodom, but over time he allowed himself to fall prey to its ways, even as he imagined he had remained true to his roots. But you cannot live in Sodom and remain unchanged.

Although Lot is a wonderful host, he is nonetheless willing to do something heinous and unthinkable to be that perfect host – sacrifice his own daughters. Is this Abraham’s way? Or is it the way of Sodom?

Lot was trying to be both, but evidently his proximity to Sodom had eclipsed any trace of Abraham, even though he was oblivious to this devastating truth.

Those among us who profess to represent the mainstream political and ideological values that have underpinned our democratic republic for so long need to take a long hard look at the sinister rise of fringe extremism, and the effect it is having on the mainstream.

The road from Abraham to Sodom is much shorter than we think.

Photo: Donald Trump jr. addresses a UCLA audience at an event to promote his new book Triggered that ended with him being booed off the stage. (screenshot)