THE STRANGE STORY OF A BLACK IMPERSONATOR 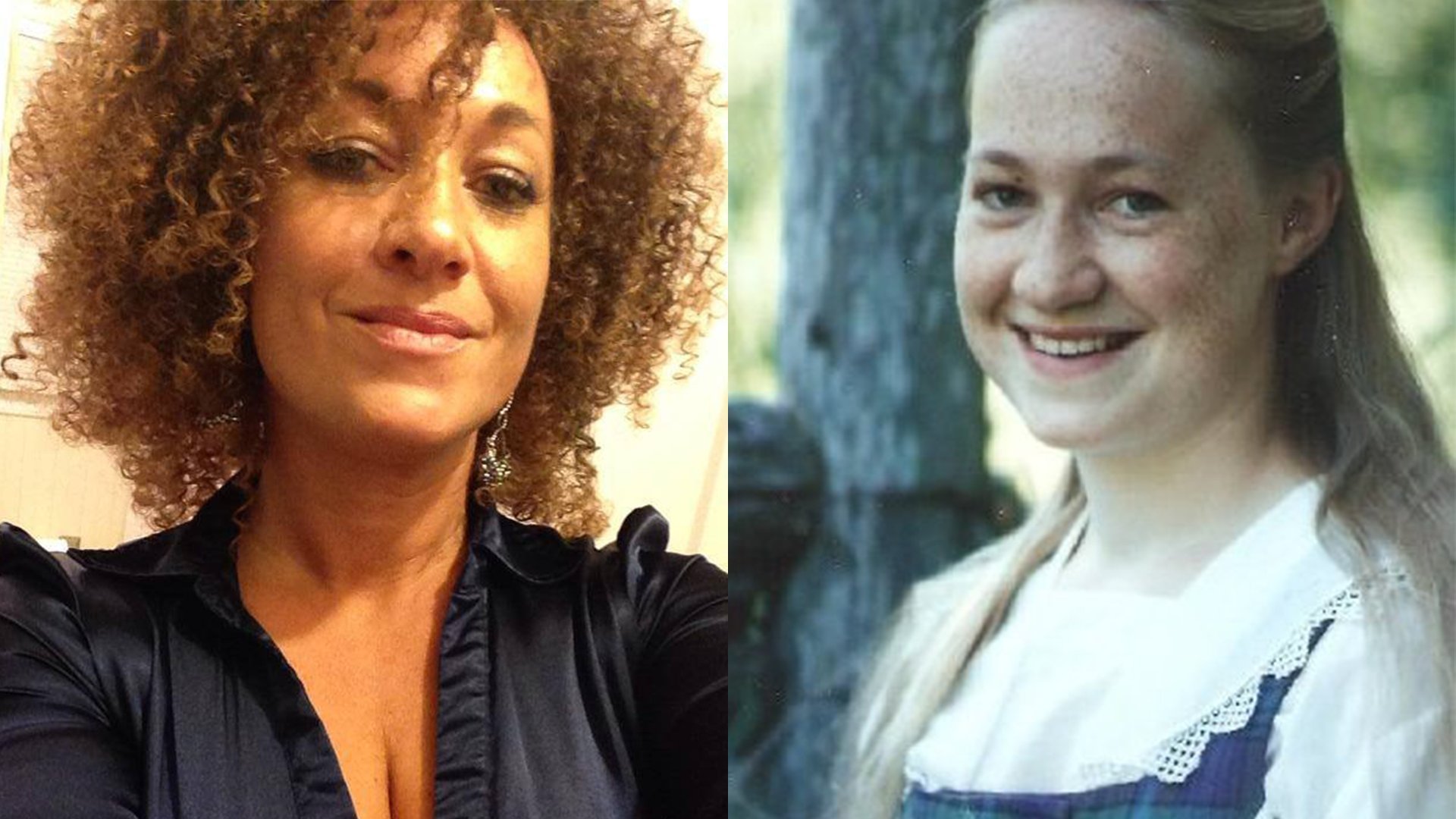 In what must be one of the most bizarre news stories of the year, it has emerged that Rachel Dolezal, a 37-year-old Caucasian woman from Spokane, Washington, has been masquerading as an African-American for years, and – as if that isn’t astonishing enough – she also managed to become the president of her local NAACP chapter, until she resigned earlier this week.

Her biological parents, Ruthanne and Lawrence Dolezal, from whom she is apparently and understandably estranged, are both white.

They went public last week with her birth certificate to prove she is not black, and they simultaneously released photos of her as a girl growing up in Montana – blond, pale, and blue eyed.

In an interview for NBC’s Today program, Rachel explained to her interviewer that she “identifies as black”.

She added that despite years of deliberately passing herself off as African-American, she is not guilty of duplicity or fraud, or as she put it: “I definitely am not white – nothing about being white describes who I am.”

While we may think of this story as somewhere on the scale between amusing and disturbing, what bothered me more than the story itself was the support Rachel received from a range of so-called serious people.

Former basketball star Kareem Abdul-Jabbar wrote in TIME magazine: “you can’t deny that Dolezal has proven herself a fierce and unrelenting champion for African-Americans politically and culturally,” as if that somehow excuses years of deliberate race impersonation.

Michael Eric Dyson, who is a sociology professor at Georgetown University, commented that Dolezal could “certainly be black in a cultural sense; [by] taking on the ideas, the identities, the struggles, she’s identified with them – I bet a lot more black people would support Rachel Dolezal than would support [Supreme Court Justice] Clarence Thomas.”

What exactly is going on in these people’s minds? People who have spent their lives combating and highlighting racial discrimination and flippancy towards race issues are jumping over themselves to excuse a white woman’s fraudulent attempt to pass herself off as black.

Even more incredible than this is the fact that it doesn’t take a Sherlock Holmes to see that this woman is clearly not black, despite her deliberate if somewhat clumsy attempts to appear as if she is. How is it possible that her counterfeit identity was never previously challenged?

I found the answers to these questions whilst glancing through the Torah portion of Korach, which records the story of a motley group of dissidents who gathered together to challenge the leadership of Moses and Aaron.

In the wake of the spies debacle, and the prospect of dying in the wilderness, it seems as if anyone with a grievance joined Korach and his revolution bandwagon.

There was Korach and his family. Then there was a group from the tribe of Reuben. And finally there were 250 unnamed ‘princes’.

At first the narrative seems to be describing a social revolt, with the rebels declaring (Num. 16:3): כָל הָעֵדָה כֻּלָּם קְדֹשִׁים – “the whole congregation is holy”, by which they seemed to be saying they were all entitled to an elevated status, not just Moses and Aaron.

But then, as the story progresses, it becomes evident that all the conspirators had their own individual agendas, with each one of those agendas not just exclusive, but incompatible with any of the others.

Korach wanted the High Priesthood. The ‘princes’ were interested in senior leadership, although from the selection method suggested by Moses it is clear that only one of their number would get the prize.

Meanwhile, Datan and Aviram, the Reubenite agitators, were simply a pair of anarchist troublemakers, totally focused on undermining Moshe, with whom they had been feuding for years.

How did these diverse co-conspirators come together as one united group and claim to support each other’s causes, when in fact the success of any one of their causes would have inevitably undermined the others?

The Mishnah goes on to cite the argument of “Korach and his congregation” as an example of a dispute not for the sake of Heaven.

The commentaries all query this illustration; Korach’s dispute was with Moshe, not with his congregation.

The solution is simple. Although Korach shared almost nothing in common with his co-conspirators, their common hatred of Moses brought them together to try and bring him down. Had they ever managed to achieve Moses’ demise, the false bonds of friendship between them would have disintegrated immediately, and the disputes between “Korach and his congregation” would have been revealed.

In a Korach insurrection, even victory leads to defeat.

When the bonds that tie individuals together are based purely on running other people down, it is inevitable that such bonds will be underpinned by falsehood and pretense. Who among activists whose raison d’être is to find reasons to condemn society for anything they can dress up as racism would care if one of their fellow travelers is a fraud?

After all, if such a person is an “unrelenting champion for African-Americans, politically and culturally”, why would it matter if she gets off pretending to be black?

In fact, it just proves how racist society is when that person is vilified for such a predilection, despite all her wonderful activism!

In the end we should take comfort from the words of the Mishnah: “disputes not for the sake of Heaven will never prevail.”

Photo: Rachel Dolezal, former president of the NAACP chapter in Spokane, Washington, as an adult (l), and how she looked as a teenager in Montana (r)