THE SECRET OF JEWISH ENDURANCE 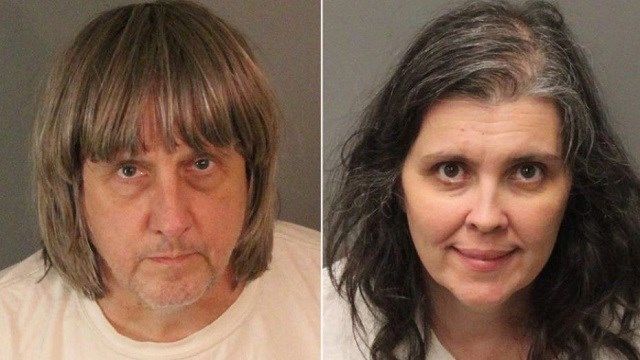 The arrest of David and Louise Turpin in Perris, California, earlier this week was immediately followed by details of one of the most disturbing news stories in quite some time.

The authorities described the alleged abuse carried out by the couple against their 13 children, over a period of several years — abuse that defies rational explanation and societal norms.

The emaciated, undernourished children, were apparently held captive in shackles at their home, punished with beatings, and prevented from engaging with the outside world.

Remarkably, the 17-year-old who alerted authorities to the abuse had been planning to escape with her siblings for over two years, before finally plucking up the courage to bolt. To get out, she jumped through a window together with one of her siblings — but even at that stage, her sibling was too frightened to go through with the plan, and returned home.

Although news reports of murder and violence are ubiquitous — often featuring family members – we are not used to seeing the family structure itself used as the weapon to destroy lives. This is undoubtedly the most disturbing aspect of the Turpin story – the normal family structure was used to terrorize their children.

Parental authority, group dynamics and reward and punishment were all exploited to create an environment of fear and dependency that prevented the children from developing into healthy members of society.

In 2002, a study that compared 50 years of research papers looking into the routines and rituals of family life, concluded that it was the fundamental aspects of inter-generational dynamics that were “important to the health and well-being of today’s families trying to meet the busy demands of juggling work and home.”

It added that “family routines and rituals are powerful organizers of family life that offer stability during times of stress and transition.”

Bedtime stories, silly names for each other, inside jokes, daily or weekly meals together — all of these things make the mundane aspects of life special, and make the special things more memorable.

And later in life, when the earlier generation has gone, we pass down these treasured habits and routines to our own children and grandchildren, developing a home that bonds disparate family members together even when they are far apart.

We also rely on these memories and dynamics as an invaluable resource in times of crisis.

The first directive given to the Israelites as a nation, was the instruction by God to acquire a lamb for the night of redemption from Egypt (Ex. 12:21): “take for yourselves a sheep for your families, and slaughter the Passover offering.”

The reference to “your families” seems somewhat superfluous in the context of this commandment. Nevertheless, it represents possibly the greatest miracle of all — greater than all the wondrous plagues and the splitting of the Red Sea combined: namely, the creation of a nation that has endured for thousands of years.

A people that had been downtrodden and enslaved for generations — totally dehumanized and humiliated — were brought together and elevated to the heights of chosen nationhood, and this was all done via the medium of family togetherness.

The Passover offering was not an individual responsibility; rather it was a family ritual, bringing each family unit together for a joint project that would be unique and special for them as a group, setting the tone for the future, and establishing the family at the heart of Jewish life for all time.

Throughout our turbulent history, and to this day, Passover is celebrated together as a family — with every family coming together annually, each with its own traditions and customs to commemorate the origins of our identity.

A 2013 Pew Study reported that 70% of American Jews participated in a seder, compared with just 53% who observe Yom Kippur. That number includes 40% of unaffiliated Jews, for whom the seder is probably the only Jewish ritual that they observe each year.

While the dreadful Turpin story represents the aberration of a family unit gone horribly wrong, we are all far too familiar with the fragmentation of our society over the past few decades. Family units are no longer valued as a priority, and the breakdown of family life is common.

Western civilization celebrates individuality and independence, but these values often come at the expense of family unity and cohesiveness, with families torn apart as the individuals within them pursue their own aspirations. And while Judaism is not opposed to individuality per-se, the importance of family, and the nurturing a solid sense of family identity, must always be at the forefront of who we are.

This idea stretches beyond the family, and into community as well. Each community is a large extended family, united by its shared experiences and unique makeup, strengthened by its bonds, and representing a unit that is ultimately greater than the sum of its parts.

The miracle of Jewish endurance has been the success of family and community, resources that not only ensure our ability to function in regular life, but also guarantee our resilience in crisis.

This critical factor has seen our people outsurvive numerous civilizations and empires, starting 3,330 years ago — when we departed Egypt, and left Egyptian civilization trailing in our wake.