THE SECRET OF GREATNESS 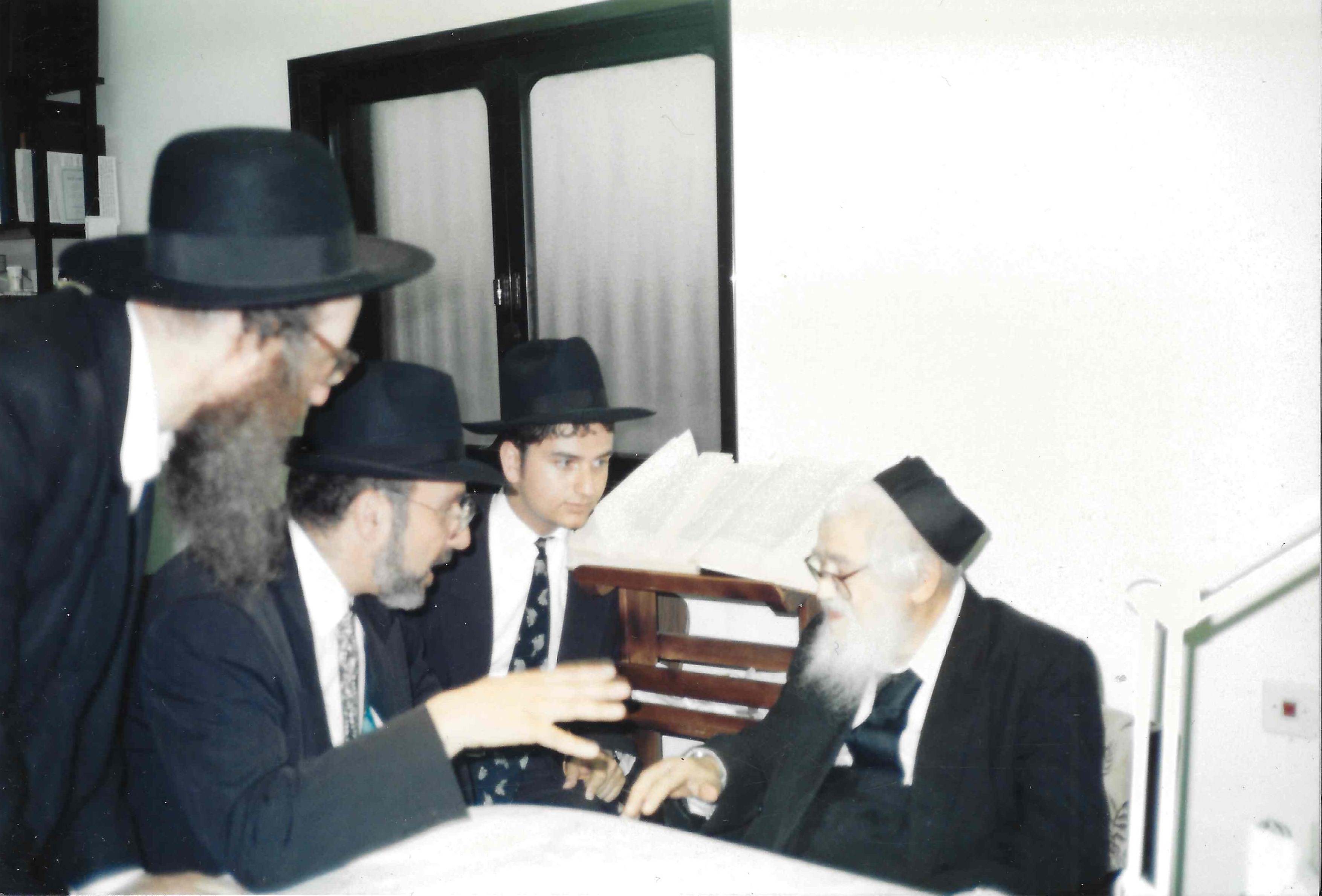 William Shakespeare’s play Twelfth Night is probably his most enduring and popular comedy. At one point, the unfortunate Malvolio discovers a letter he thinks has been written by Countess Olivia, with whom he is besotted.

But the letter is a forgery, containing information that leads Malvolio to behave out of character, much to the amusement of those who forged it.

But as with so many other Shakespearean peripherals, the fake letter contains a remarkable line which remains one of Shakespeare’s best-known quotes: “Be not afraid of greatness. Some are born great, some achieve greatness, and others have greatness thrust upon them.”

Those who achieve greatness often defy advance prediction. Such a man was the late Rabbi Eleazar Menachem Man Shach, whose 18th yahrtzeit we commemorated last month.

A Lithuanian-born yeshiva-trained scholar lucky enough to emerge from Nazi-overrun Europe, in 1940 he settled in Palestine where he struggled to find income as a yeshiva teacher, despite his previous experience running a significant yeshiva in Europe.

He was eventually hired to teach at Ponevezh, a remarkable institution created by the legendary Ponevezher Rav, Rabbi Yosef Shlomo Kahaneman. Rabbi Shach proved very popular with students, although he was initially overshadowed by his colleague Rabbi Shmuel Rozovsky, a masterful pedagogue whose clarity and scholarship made him the undisputed superstar Talmud lecturer at the yeshiva.

In retrospect, Rabbi Shach was typical of many rabbis like him who had survived the Holocaust – qualified, competent, pious, a scholar, and deeply committed to the cause of reestablishing the world that had been destroyed.

And just like most of these rabbinic colleagues, including those who had excelled in Europe, Rabbi Shach struggled to succeed in the postwar Jewish world, amidst an atmosphere where old-world Judaism seemed very much in decline. Making a living was difficult, and incidental concerns, among them ideological leadership, were remote considerations, if they were considerations at all.

But in contrast to others, in the early-1970s, with the passing or decline of the older generation of rabbis who took on leadership roles after the Holocaust, Rabbi Shach emerged as the preeminent spokesperson for the non-Zionist orthodox Jewish community who chose active if cautious cooperation with the State of Israel as its modus operandi.

For over a quarter of a century he presided over this community, his pronouncements treated as holy law by hundreds of thousands of acolytes in Israel and across the world.

Despite his humble origins, and despite the lack of exceptional credentials by any objective criteria, Rabbi Shach became one of the most outstanding leaders this community has ever had, unmatched by anyone since he faded into the background in the mid-1990s (he passed away in 2001 at the age of 102).

Obituaries published after he died give the impression of an implacable, one-dimensional ideologue: “a zealot who repeatedly led his followers into ideological battles”; a “fiery leader” who was “uncompromising in his opposition to the liberal values of secular Israeli society.”

The truth, however, is far more nuanced, and it unlocks the secret of Rabbi Shach’s incredible appeal as a leader who inspired such devoted and sustained admiration, even beyond the strictly orthodox community.

My late father took me to see Rabbi Shach several times when I studied in yeshiva in Israel during the late 1980s; I have a photo of one of those visits on display in my office.

I was only in my teens, but even so was struck by Rabbi Shach’s incredibly gentle nature and profound humility; he met us at the door as we arrived and escorted us back when we left, despite being extremely elderly and having attendants to do it for him.

But what left the greatest impression was a speech Rabbi Shach gave on October 9, 1988, to thousands of people at Binyanei Ha’uma in Jerusalem.

Elections for Israel’s 12th Knesset were scheduled for November 1st, and Rabbi Shach requested a gathering of the faithful for him to share an important message in anticipation of the polls.

His speech that day (you can watch it here on YouTube), if read as a dry text, appears harsh and unforgiving. Torah-true Jews needed to understand that their influence had to be asserted on Israeli society-at-large; ingrained secularism had turned Israel’s youth into the antithesis of Jewish values; the very future of Judaism and the Jewish nation was in danger unless those who cared about Torah and traditional Jewish law seized the moment and turned things around. Rabbi Shach’s biting criticism of modern Israel was merciless, contemptuous, and disdainful.

But the text of his speech belies the mode of its delivery. As Rabbi Shach began to describe the worst aspects of Israeli society’s embrace of secular values he started to weep uncontrollably, his voice cracking with emotion. “My heart breaks within me,” he cried, “to see how our nation’s holiness is being consumed by evil.”

It was not about politics or censure; he was engaged in a battle to preserve the heritage of the Jewish people. Those who had abandoned tradition were not objects of hate, rather they were the misguided results of skewered priorities, souls ripe for reignition, if only his followers would take up the challenge and reignite them.

Remarkably, this powerful message is utterly consistent with Rabbi Shach’s interpretation of a curious Midrash on Parshat Vayishlach.

The Midrash attributes the tragedy of Jacob’s daughter Dinah’s kidnapping by Shechem to his not having given Dinah to Esau as a wife, instead hiding her in a box so that Esau wouldn’t see her.

Had Jacob allowed Esau to marry Dinah, says the Midrash, perhaps Esau would have repented from his sinful ways.

Many commentaries query this idea: does the Midrash seriously believe Jacob was wrong to protect his daughter from Esau?

Rabbi Shach dismisses this notion. On the contrary, he says, Jacob did the right thing. Rather, the Midrash is taking Jacob to task for not being regretful that he had to hide his daughter. Just for a moment Jacob should have paused to consider his brother’s depressed spiritual condition that forced him to hide her, and felt a moment of sadness.

We, who benefit from the incredible warmth and depth of Jewish tradition, should never forget that those who lack what we have are not “others”, but “brothers”, and their lack of Judaism must never be treated merely as an excuse to criticize. Instead, it should remind us that as members of our family, their reduced involvement in Jewish life is a terrible scar.

It was this visceral feeling of sorrow that elevated Rabbi Shach above his rabbinic peers, and the reason why greatness was thrust upon him.

Photo: Rabbi Dunner and his father on a visit to Rabbi Shach in the summer of 1989.