THE PURSUIT OF TRANSCENDENT HAPPINESS 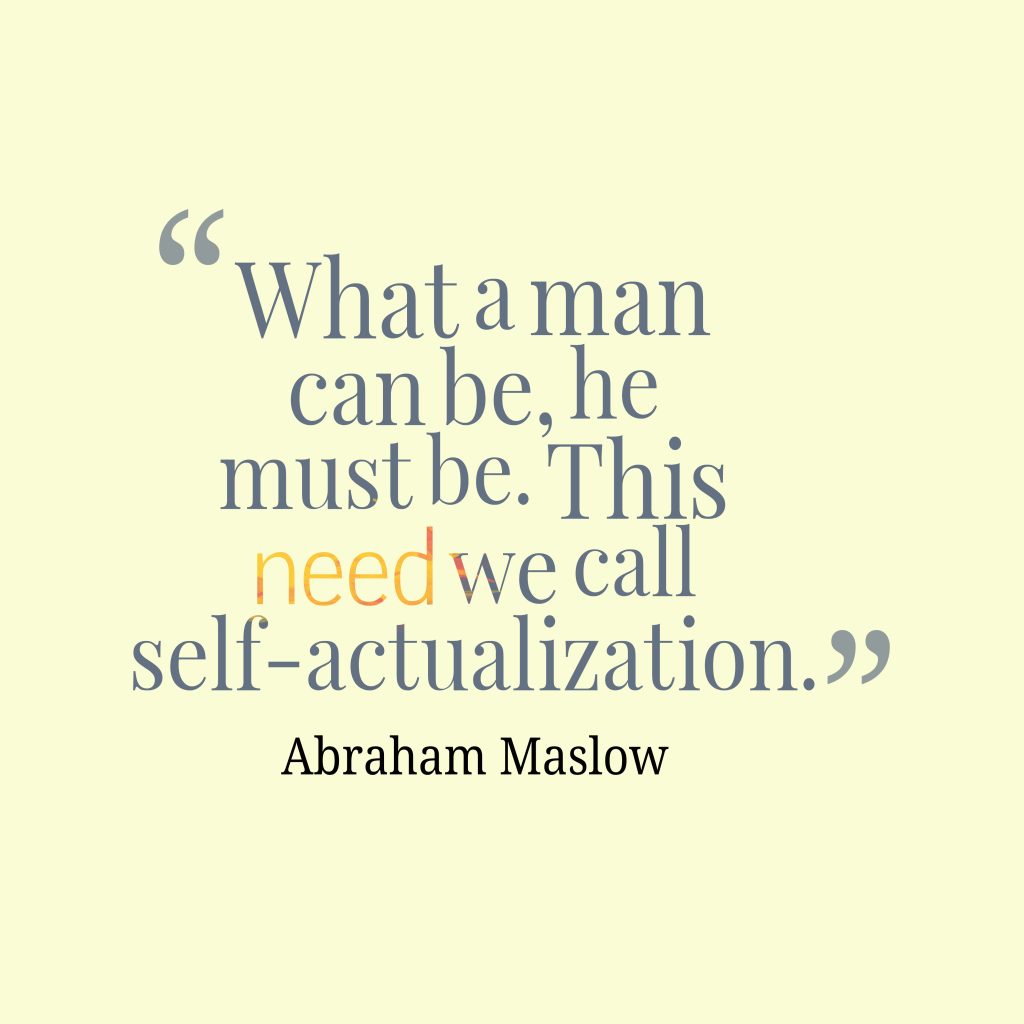 It has become an axiom of modern civilization that happiness is crucial.

Thomas Jefferson (1743-1826) began the Declaration of Independence by asserting that everyone has certain “unalienable rights, [and] that among these are life, liberty and the pursuit of happiness.”

Defining happiness is rather harder than one might think, and Jefferson seems to have been acutely aware of this. Perhaps this was why he did not suggest that everyone had a right to happiness, only that we have a right to the “pursuit of happiness”. Life and liberty do not require pursuit, as they come pre-packaged, with short sentence definitions, while happiness does not.

In 1943, Abraham Maslow (1908-1970), one of postwar-America’s most influential psychology theorists, authored a paper titled “A Theory of Human Motivation”, in which he proposed that all humans were subject to a “hierarchy of needs”. Whether or not he modeled this hierarchy on Jefferson, the list of needs in his hierarchy is remarkably congruent to Jefferson’s three essential rights, beginning with “life”, represented in Maslow’s list as “physiological” and “safety”, needs that are the basis of human survival.

The next two are “love/belonging” and “esteem”, the combination of which roughly equates to the concept of human liberty, namely, the need to feel comfortable and respected within one’s social group, and within society at large—free to be oneself, and free from the fear of rejection or denigration.

At the top of Maslow’s list of needs is “self-actualization”, which he proposed as ultimate self-fulfillment, firstly by achieving the first four on the list, and then by realizing one’s true potential in an area that will result in true contentment. This sounds like “happiness”, and would certainly be a lifelong journey, requiring regular adjustments and evaluations along the way. In short, Maslow’s “self-actualization” appears to be the epitome of Jefferson’s “pursuit of happiness”.

Although Maslow was born Jewish, he was an avowed atheist throughout his life, and never gave much attention to God in his writings or teachings. Both God and religion were notably absent from his “hierarchy of needs”. But towards the end of his life Maslow seems to have had an epiphany, and he added a final “need” to his list, which he presented as the ultimate goal of every human being. He defined this need as “self-transcendence” — setting goals that transcend one’s human limitations, and having aspirations that are altruistic and spiritual.

I have always found Maslow’s change of heart incredibly inspiring, not only because it takes courage to shift so dramatically from a paradigm with which one is so closely associated, but also because it is evidence of Maslow’s instinctive Jewishness.

His entire life, Maslow had attempted to distance himself from his Jewish roots, which he associated with regression. Nevertheless, it seems it was this identity that prevailed. Long before the modern era, Judaism stressed happiness and joy as an important and powerful ideal.

The crucial difference between Judaism’s happiness, as defined by the Torah and the Talmud, and western civilization’s understanding of happiness, is precisely the distinction between Maslow’s self-actualization and self-transcendence needs.

Self-actualization is purely ego-driven and utterly self-contained. It is the perfect aspiration for an atheist humanist, which is precisely how Maslow defined himself. Just to illustrate what that means, the self-actualizing love of another human being, even if it feels good to the other person in the relationship, is really all about the person giving the love feeling good about themselves.

If at any moment the relationship no longer feels good, a self-actualizing lover could quite justifiably end that relationship. It would just be a natural step in their “pursuit of happiness” journey.

But if happiness is defined as self-transcendence, that suddenly changes the scene quite dramatically. It begins to sound far more like the verse that follows the scripted declaration uttered by those bringing the first fruit of their harvest to Jerusalem (Deut. 26:11):

וְשָמַחְתָּ בְּכָל הַטּוֹב אֲשֶר נָתַן לְךָ ה’ אֱלֹהֶיךָ וּלְבֵיתֶךָ – “you shall rejoice in all the good which the Lord your God has given you, and to your house.”

The verse continues by describing that joy as the pleasure of sharing God’s bounty with others. God hardly need us to be his agents of charity and altruism; yet he enables us to be givers, not so that we can give ourselves pleasure, rather so that we can give pleasure to others, even if that occasionally results in our own discomfort or loss.

The obligation to share the first fruit of the harvest rather than keep it is the perfect example of what the “pursuit of happiness” is about. If we subscribe to the self-actualization model, first fruit are the ultimate high—a physical embodiment of our potential.

But “simcha” – happiness – is not just about life, liberty, and the pursuit of self-fulfilling happiness. It is about using those three ideals as a foundation to connect to God, so that we can become beacons of goodness for the world around us.

This helps explain a peculiar verse a couple of chapters later, in the passage containing “the curses” that Moses informed the nation would occur if they defied God once they were settled in Canaan. In the midst of describing the many horrific things that would befall them, Moses declared that all of these terrible events would occur if they did not serve God “with joyfulness, and with gladness of heart” (Deut. 28:47). On the face of it, this sounds terribly harsh and undeserved.

It makes perfect sense, however, once we understand that true happiness is not self-actualization, but self-transcendence. If we keep every mitzva, but do so for our own satisfaction, we have failed God completely.

But if our aspirations transcends personal needs, and if we seek the joy of altruism and a meaningful relationship with God, that is true happiness, and each moment of our lives will have true joy and true fulfillment.