THE PURSUIT OF JUSTICE 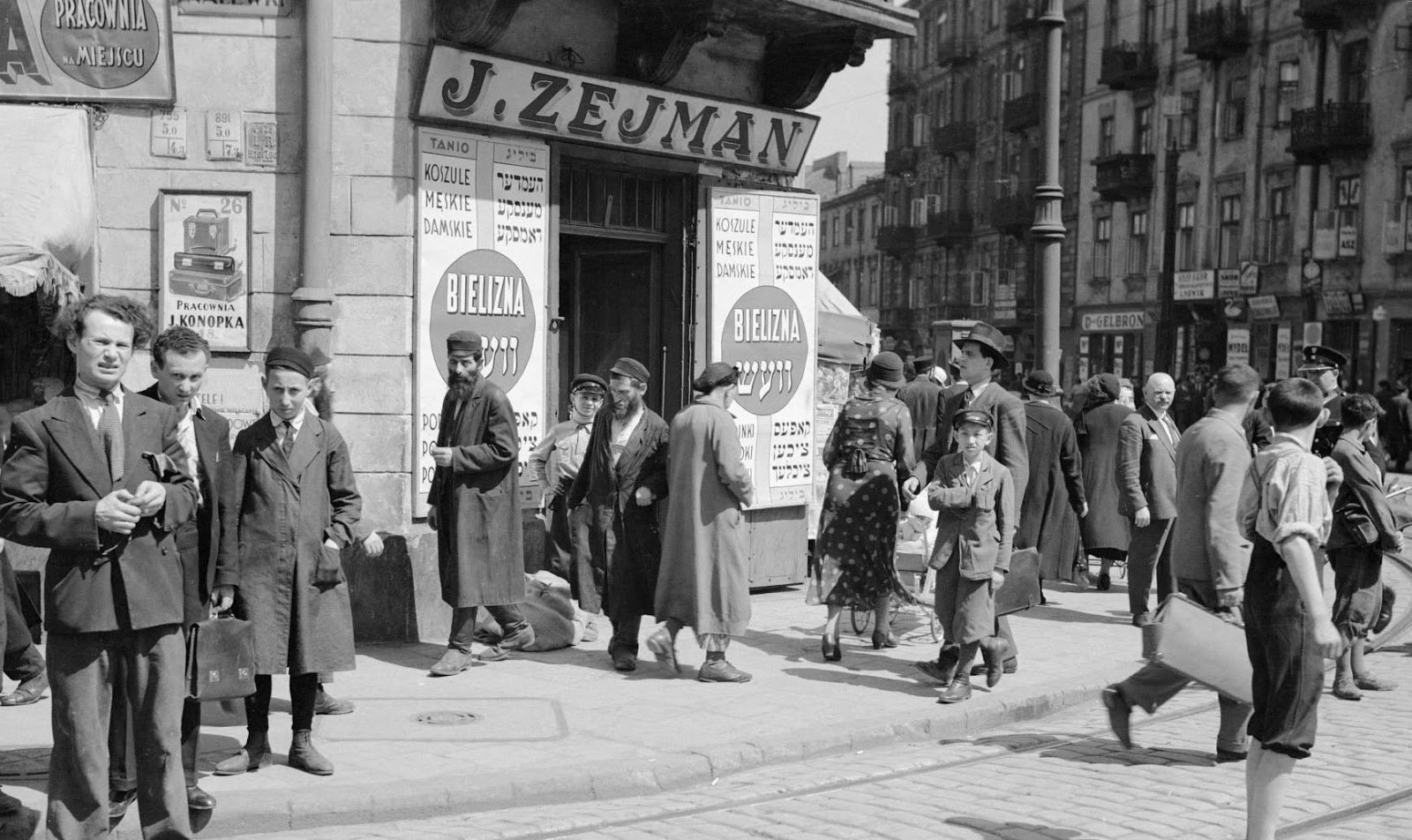 It is unlikely that the name Rabbi Pinchas Menachem Mendel HaCohen Singer will mean anything to you. His rabbinic career principally spanned the early decades of the twentieth century, during which he acted as a community dayyan (halachic judge) and rabbi in the Polish cities of Warsaw, Biłgoraj and Dzikov, and also briefly as the head of the Radzymin yeshiva and personal secretary to the fiery Hasidic rebbe of the Radzymin sect, Rabbi Ahron Mendel Guterman.

The Singer family were Hasidic; Rabbi Pinchas’ father Rabbi Shmuel Singer had forged close relationships with three of the greatest Hasidic leaders of the mid-nineteenth century: Rabbi Israel Friedman of Ruzhyn, Rabbi Shalom Rokeach of Belz, and Rabbi Chaim Halberstam of Sanz, and was the highly respected rabbi of Tomaszów Lubelski. Rabbi Shmuel’s wife, Tamarel’s deep piety was legendary, and she was even rumored to secretly wear tzitzit (ritual fringes) – highly unusual for a devout orthodox woman, then and now.

Rabbi Singer never studied secular subjects, nor could he speak Russian or Polish. All of his bountiful knowledge was gained from Hebrew scripture, Talmud, and the copious halachic material that emanates from these two sources.

In 1910 he published a scholarly book, Megadim Hadashim, on the Talmudic tractate Avodah Zara that deals with idolatry and the prohibitions associated with paganism.

A number of effusive approbations introduce the work, including, among others, from the Radzymin Rebbe; from Rabbi Nechemia Alter, a scion of the Gerrer Hasidic dynasty; and from Rabbi Tzvi Yechezkel Michelson, the celebrated “Plonsker Rav”, himself the author of no less than 43 published works.

Truthfully, Rabbi Singer was just one of many distinguished Polish rabbinic leaders who struggled to hold it together for Polish Jewry during that difficult period of Jewish history, which culminated with the Holocaust that obliterated all but 100,000 of Poland’s three million Jews.

Indeed, Rabbi Singer died in his hometown of Dzikov in 1942, and although his death was not directly at the hands of the Nazis, his death was a result of starvation caused by the Nazi invasion of Poland. And Rabbi Singer might have been entirely forgotten, an ephemeral lacuna that slipped through the cracks of historical record, had it not been for his son Yitzchak, better known to us as Isaac Bashevis Singer, the Nobel-prize winning novelist.

In two of Bashevis Singer’s lesser-known books, In My Father’s Court and More Stories from My Father’s Court, the Yiddish novelist turned his hand to autobiography, writing a powerful account of his father’s years as a dayyan on Krochmalna Street in the heart of Warsaw’s decrepit Jewish neighborhood, presented to the reader in bite-size vignettes.

Each chapter records one particular case brought to and then adjudicated by Rabbi Singer, seen from the perspective of a young impressionable boy. The characters and episodes captivatingly evoke the lost world of Polish Jewry, caught in the daily struggles of a life that must accord to the ancient tenets and customs of Judaism while the world around them accelerates toward modernity.

There is the elderly couple whose love for each other is so great that the woman demands the rabbi grant them a divorce so that her beloved husband can marry a younger wife and have more children. Then there is the young groom who wishes to break off his engagement because he doesn’t love his fiancé, but her father refuses to return the gifts the young man has given his daughter. Another man, destitute, demands to know if he is allowed to sleep in the same bed as his dead wife until the funeral so that the rats infesting his basement digs won’t nibble at her corpse. Yet another man, an impressive rabbinic scholar, turns out to be a God-denying heretic who wants Rabbi Pinchas to pay him in exchange for his heavenly reward. A young girl who has cooked meat and milk in the same pot and then eaten the food because she was hungry, now wants to know if the pot is kosher.

Even allowing for Bashevis Singer’s literary license, the stories are brimming with the real pathos and drama of its generally unnamed protagonists, but most of all one is struck by the man caught at the center of it all, Bashevis Singer’s father Rabbi Pinchas Menachem Mendel Singer.

This exemplary, eminent scholar, who was raised in an environment of scholars and saints, and whose rabbinic training was under the tutelage of some of Poland’s great rabbinic luminaries, is about as far removed as it is possible to be from the gritty and often distasteful end of society that he is compelled to deal with on a daily basis.

And yet there he is in each story as it unfolds, doing his utmost to dispense justice – observing, inquiring, consulting, and even occasionally rendering an unpopular decision, all in his role as the representative of Jewish law for this substratum of the Warsaw Jewish community.

In Parshat Shoftim, Moses instructs judges that they must pursue justice (Deut. 16:20). Rabbi Yehuda Arye Leib Alter of Ger, in his Sefat Emet commentary, notes that it is not enough to seek justice – one must actually pursue it.

Curiously, the word for ‘pursuer’ in Hebrew is ‘rodef’, rather a rough word with harsh associations; an aggressor or persecutor is usually referred to as a rodef. On that basis, this term is rather odd for the Torah to use in the context of justice. Oddly enough, there is another reference to rodef that is also out of place: “Seek out peace and pursue it” (Ps. 34:15).

The role of a rabbi and dayyan is to be a purveyor of justice and peace. It would appear that Moses and King David both wish to convey that neither of these two objectives come knocking on the door of your ivory tower. In order to achieve justice and establish peace one must pursue it agressively, even if it means stepping well out of one’s comfort zone – and no matter how distinguished or well-bred you may be, if you are able to improve the lot of others with your wisdom, experience and scholarship, you must go to where the action is, and not just stay where it suits you, or only meet and talk to people with whom you are comfortable. That is why we are instructed to pursue justice, and to pursue peace.

In his poignant introduction to the first book of vignettes about his father’s court, Isaac Bashevis Singer makes the following startling statement, on the basis of witnessing his father’s Beth Din in action for the common-folk of Warsaw: “It is my firm conviction that the court of the future will be based on the Beth Din, provided the world goes morally forward instead of backward… The concept behind [Beth Din] is that there can be no justice without Godliness… At times I think that the Beth Din is an infinitesimal example of the celestial council of justice, God’s judgement, which the Jews regard as absolute mercy.”

A people that believes justice must be pursued, and that it is not just a commodity to be bought or sold, or a convenient fixture of human life easily available to all that seek it or wish to see it done, is indeed an eternal people.

In the month of Ellul, as we anticipate the annual season of celestial judgement, this valuable lesson from the long-forgotten tenements of prewar Warsaw,  as well as from the words of Moses, are a powerful reminder of just how important it is for justice and peace to prevail, and for us to do all we can to see that they will.