THE PURSUIT OF HAPPINESS 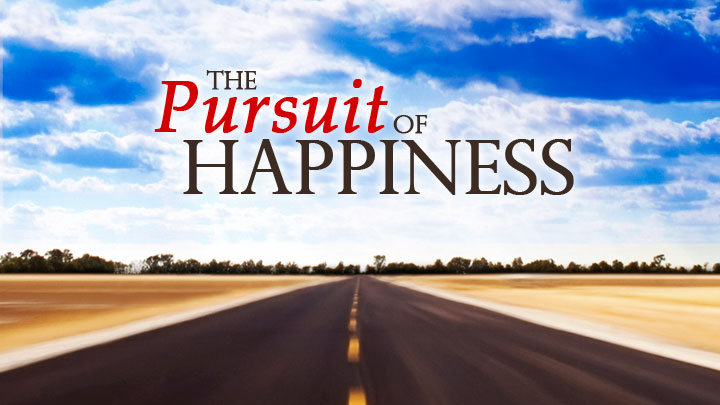 How does one measure happiness? It seems like a simple question, but as it turns out, there is no simple answer.

Researchers struggle to define happiness, never mind measure it. Depression and misery are easy to measure, both biologically and clinically. But happiness is far more elusive.

One of the most popular ways for psychologists to measure happiness is to ask patients to take the SWLS (Satisfaction With Life Scale) test. A questionnaire of five statements is given to the patient, with a scale of 1-7 for answers ranging from 1: “strongly agree” to 7: “strongly disagree”.

The five statements are a collection of buoyant assertions, such as “in most ways my life is close to my ideal” and “if I could live my life over, I would change almost nothing”, with the idea being to get an overall sense of the patient’s contentedness in life, or the contrary.

But SWLS is a blunt instrument. All kinds of variables can affect a patient’s responses. They may differ considerably if one is lively or tired, or just heard good or bad news, or are having a particularly miserable day even if life is generally good.

Researchers have therefore come up with an alternative test for happiness, which tracks positive and negative moods throughout the day, and life satisfaction for the day at the end of each day.

Every half-hour or hour during the day a person using this test asks themselves “am I feeling positive/negative emotions right now?” – and give themselves a 0 for “not at all” through to a 3 for “strongly”. To track different aspects of your life that might be affecting the responses, one assigns headings to each one, such as “working,” “housework,” and “socializing”.

When a day is over, the person responds to a general question about overall fulfilment, and then looks back over the day’s scores. In this way one can get a fairly accurate snapshot of happiness based on where the total score falls between the maximum and minimum.

After completing this test daily for a few weeks one can use the range of totals to determine a trend, to see which activities evoke greatest happiness and which result in feeling gloomy.

Earlier this week I reflected on the difficulties we have measuring happiness, and even understanding it, as I read an article in the New York Times about the world’s happiest countries.

Back in March the United Nations Sustainable Development Solutions Network published its annual “World Happiness Report”, a “landmark survey of the state of global happiness” ranking “156 countries by their happiness levels, and 117 countries by the happiness of their immigrants”.

The New York Times article focused on a follow-up report by Michael Birkjaer of the Happiness Research Institute which revealed increasing unhappiness in the Nordic countries of Denmark, Finland, Iceland, Norway and Sweden – countries which consistently fall into the top-ten “happy” countries listed in the UN report.

Birkjaer’s report presents evidence that around 12.3 percent of the population in these five countries are “struggling” or “suffering” – resulting in what the article’s headline refers to as a “happiness gap.”

Birkjaer was interviewed for the article and acknowledged that “something doesn’t rhyme.” Intrigued, I decided to read the report for myself and see what the data shows.

The report is long and thorough, and the research has been carefully calibrated to find out the social structures and other factors that might adversely affect people’s lives in Nordic countries resulting in their unhappiness, despite the general happiness of the people around them.

Even more remarkably, the very next bullet point proclaims, “Unhappiness is very costly for society. The fact that a growing number of people are struggling or suffering has socioeconomic consequences.”

No one needs a degree in psychology to work out that unhappy people are less productive, and you also don’t need to be an eminent sociologist to appreciate that unhappiness leads to socioeconomic problems.

We also all know religious people who are remarkably happy, content in life and ambassadors of joy, irrespective of the challenges they may face in their personal circumstances.

What we don’t generally do is correlate these two pieces of information. Happiness is greatly enhanced if it is attached to a life of faith-centered values, and truly religious people find it much easier to be happy and content than those without faith.

This idea offers a compelling explanation for one of the “curses” proclaimed by Moses in Ki Tavo in the chapter known as “Tochacha” (Deut. 28:47): תַּחַת אֲשֶר לֹא עָבַדְתָּ אֶת ה’ אֱלֹהֶיךָ בְּשִֹמְחָה וּבְטוּב לֵבָב מֵרֹב כֹּל – “because you would not serve God in joy and happiness over the abundance of everything.”

Moses challenges the nation to heed God’s word and observe His commandments or face the consequences of being abandoned, in the midst of which he throws in this strange line about a lack of joy and happiness turning into the cause of potential misfortune.

The point, it would seem, is much more profound. Miserable people are prone to disaster, even if they dutifully perform God’s commandments. The act itself counts for very little, Moses says, if the mood that accompanies it is wrong.

Meanwhile, the benefit of happiness is exponentially increased if it is accompanied by faith in God.

Not that happiness ever comes easily. Even Thomas Jefferson understood that while all men are created equal, and are endowed by their Creator with certain inalienable rights, among those rights it is only happiness that demands pursuit.