THE POWER OF GOOD ALWAYS PREVAILS 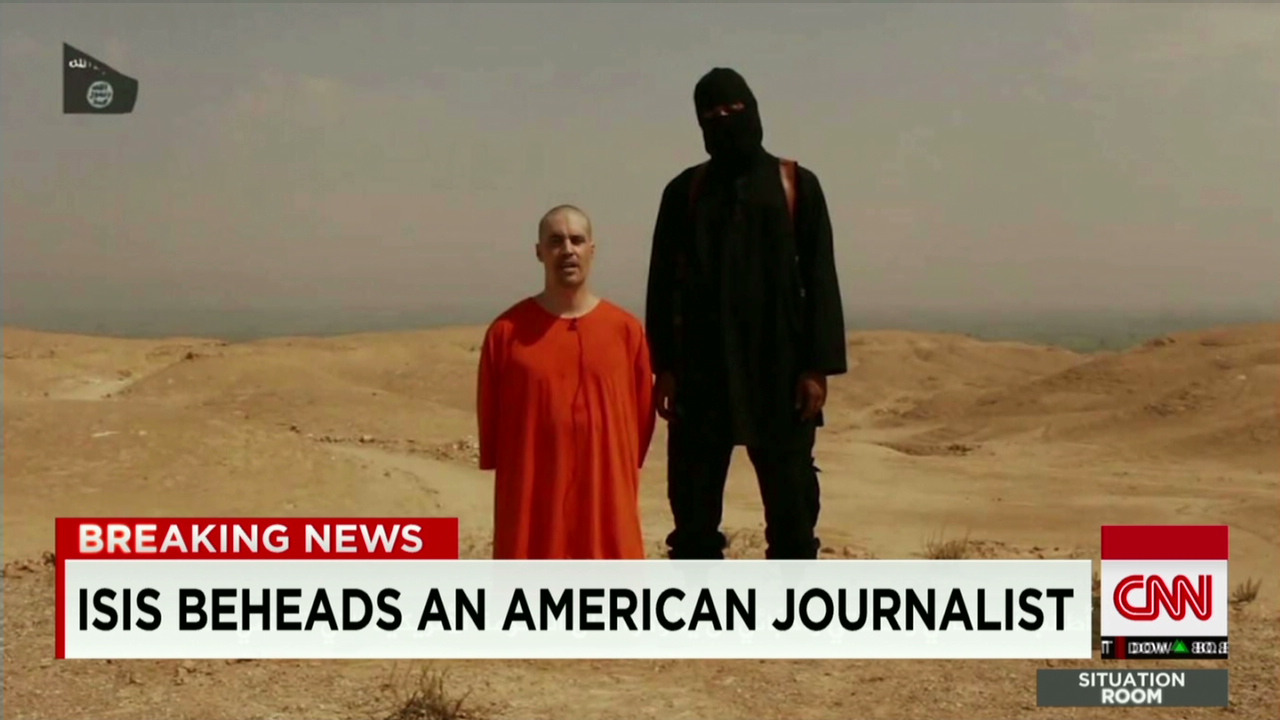 I don’t know about you, but I am beginning to feel almost desensitized to images of beheaded Christians.

From Facebook to internet news outlets and email chains, it seems one cannot avoid seeing yet another bloodthirsty Islamic murderer hack the head off some unfortunate human prey, as hoards of evil ISIS terrorists sweep their way across the Middle East, many of them western born Muslims, all of whom love taking selfies of themselves with their dead victims.

Some years ago I was involved in a public discussion about the similarities and differences between the Nazis, who systematically murdered 6 million Jews in industrial death factories, and Islamic extremists, who murder Jews at every opportunity, and would happily murder 6 million Jews, God forbid, if only they could.

At the time of the discussion Hamas suicide terrorists were blowing themselves up in crowded restaurants and buses all over Israel.

“Which of these two groups is more wicked?” someone asked me.

I thought for a moment, unable to answer the question easily.

Eventually I responded cautiously, that although there is not a pecking order for wickedness – wicked is wicked – God judges and treats sinners differently if they act brazenly. A thief who steals under the cover of darkness, for example, is addressed differently to a thief who steals in full public view, without fear of retribution.

Similarly, Maimonides teaches that someone who brazenly and publicly desecrates God’s name cannot repent in this world.

Therefore, I suggested, despite the fact that the Nazis were evil murderers, and that Arab terrorists are equally evil, the fact is that Nazi Germany was somehow cognizant of the fact that genocide, even before that term was recognized, was wicked and inhuman, and they therefore tried to conceal the worst excesses of the Holocaust from the world, even when they seemed to be winning the war.

Muslim extremists, on the other hand, are proud of their barbarism and savagery. They seem to revel in killing and violence, and now, in the age of instant media, they post pictures and videos of themselves performing and celebrating the most atrocious acts of violence, in a way that is so brazen and disgusting, that it defies our ability to comprehend it at all.

And as we observe the weak and lackluster response of the western world, with even Israel hamstrung by its reluctance to kill innocent civilians as collateral damage, we all wonder – how is it ever going to be possible to beat this ever mounting evil menace – gangs of killers that have no taboos, and no compunction about killing anyone, even if it means butchering them like cattle in an abattoir, all in the name of Allah and Mohammed?

In the Torah portion of Eikev, Moses tells the Jewish nation, just as were about to launch their military campaign against the mighty warriors of Canaan:

“If you begin to think, these nations are far mightier than I am, how will I overcome them? Do not be afraid of them! Remember what God did to Pharaoh and all of Egypt.”

Moses was not speaking to the nation as a war leader, offering military tips and morale boosting words, nor was he trying to minimize the dangers of the impending campaign. Rather, the central theme of his message was simply this – good always prevails over evil. You saw it in Egypt, when the odds were heavily stacked against you – and you will see it again in Canaan.

That is what we must internalize right now, as we watch the horrors of Islamic terrorism and brutality unfold across the Middle East, with the threat that these horrors might spread to western countries sooner rather than later.

We are frightened, ironically, because we have a higher moral code than these brutes, and we are bound and constricted by our humaneness and basic decency as civilized human beings, which they are not. In a fight between moral human beings and amoral beasts, we feel there is a distinct disadvantage.

What Moses wanted to convey, and what history has proven time and again, is that evil never prevails.

Egypt fell, as Moses reminded the Jews. The might of Greece and Rome declined into oblivion. The Catholic Church, which only a few hundred years ago presided over the Inquisition, and the torture and murder of tens of thousands of Jews and others who refused to convert, just as ISIS is doing presently – is now a toothless tiger without a single soldier in the field.

Nazi Germany, Imperial Japan, Soviet Russia – all are dead and buried. So too, ISIS and the Islamic death cult will wither and die. Until it does, innocent people will certainly suffer, just as they did under all the other tyrannical groups throughout history. We will remain frightened of the power of evil. But we must never ditch our moral standards, nor our faith in goodness.

We must remain steadfast in the face of such blatant evil, and with God’s help, we will prevail.