THE POWER OF A NAME 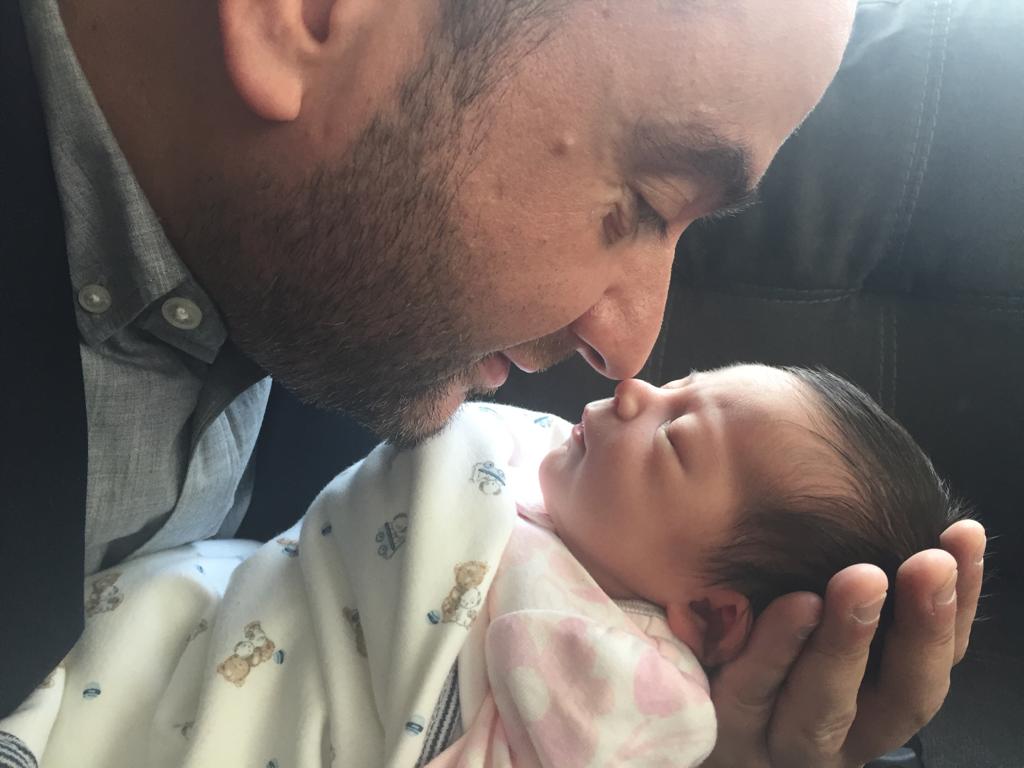 Last Wednesday I crept quietly into a room at my daughter’s apartment in New York, to catch my first glimpse of our first grandchild, a tiny beautiful baby girl, born to Shoshana and her husband Zion the Saturday before.

A couple of days earlier Zion named the baby Miriam Emunah at his synagogue in Queens, after being called up to the Torah, as is our tradition.

Miriam was my mother’s name, and the baby was named after her. My mother passed away quite suddenly just over twelve years ago at the age of sixty-five. Born in Rotterdam in 1941, whilst Holland was occupied by the Nazis, she was adopted by a gentile couple who masqueraded her as their own baby. This incredibly generous act undoubtedly saved my mother’s life.

After the Allied victory against Germany in 1945, my mother was reunited with her parents, who had miraculously survived the war by hiding in a false closet at the home of a gentile friend.

Only recently I discovered that my grandfather would occasionally sneak out of hiding to visit my mother. Although he did not reveal his identity to her, pretending to be a business associate of her foster father, he made sure to visit so that he could keep up with his baby daughter as she grew into a little young girl.

It is a strange feeling to see baby Miri, as she will be called, and to know that she will bear my mother’s name for the rest of her life. Jewish tradition places a lot of meaning in someone’s name, and particularly if they are named after someone significant – whether it be a departed loved one or a great historical figure. Somehow their life is expected to echo the life of their namesake, or at the very least they are expected to emulate the qualities of the person they are named after.

And very often, as time unfolds, one may observe the effect this has on people’s lives – often positive, but occasionally negative, as they struggle to match up to the burden of expectation which accompanies their name.

The importance of a name is not an idea limited to Jewish tradition. Numerous studies have shown how much a name can impact a person’s life. In 2011, the Journal of Experimental Social Psychology published a paper which included information from countless earlier papers proving that a person’s name impacts on how they may be perceived even before people meet them.

The authors also suggest that easily pronounced names “are judged more positively than difficult-to-pronounce names,” which means, in practical terms, that you are more likely to get a job if your name has one or two syllables, rather than three or more.

The flip side of this phenomenon was presented in a 2013 German study which concluded, quite remarkably, that Germans with noble-sounding surnames, such as Kaiser (“emperor”), König (“king”), and Fürst (“prince”), are more likely to have senior roles at work than those with last names which indicate everyday occupations, such as Koch (“cook”), Bauer (“farmer”), and Becker (“baker”). This is despite the fact that the noble-sounding surname is not evidence of noble descent, or any kind of superiority. Simply as a result of “associative cognition, the status linked to a name may spill over to its bearer and influence his or her occupational outcomes.”

The subject of names comes up quite unexpectedly at the beginning of Vayishlach. On the night before Jacob’s highly anticipated meeting with his brother Esau, he is suddenly set upon by a mysterious individual, who wrestles with him until dawn.

Before departing, he asks Jacob to reveal his name, and upon hearing it promptly informs him that from now on he will be known as Israel – a Hebrew portmanteau which carries the message that Jacob had “wrestled with the Divine and with humans, and prevailed.”

In response, Jacob asks his enigmatic adversary – who the Midrash discloses was Esau’s angel alter-ego – to reveal his name. But the angel replies (Gen. 39:29): לָמָה זֶה תִּשְאַל לִשְמִי – “why are you asking me for my name?” – and then abruptly leaves without answering the question. The commentaries all puzzle over his elusive response.

The legendary mussar luminary, Rabbi Leib Chasman offers a powerful solution to the angel’s evasion. By not answering Jacob’s question, the angel actually answered it. A name defines a person’s positive essence and potential. The angel who fought with Jacob embodied the opposite of everything positive; as Esau’s protector he personified the idea of “yetzer hara” (evil inclination), which has no identity of its own.

In spiritual terms yetzer hara is the epitome of nothing, a pyrotechnic display of smoke and mirrors. In the realm of God and truth yetzer hara does not actually exist, and therefore has no name. It is as a result of this that one may find it hard to identify the yetzer hara, and therefore avoid it. At the same time, it puts everything associated with yetzer hara into perspective – with no real substance, it is capricious, ephemeral, and ultimately utterly pointless.

When we carry the name of a beloved family member, or a revered biblical figure, or – as is often the case – both, we carry the potential for everything positive that characterized their lives into ours.

My mother was a gentle, generous soul, who lived to do good and to share the goodness she had been given by God. Little Miri is lucky to bear her name, but more than that, she is lucky to be the vessel of that positive potential.