THE PASSING OF A VERY GREAT AND RIGHTEOUS MAN 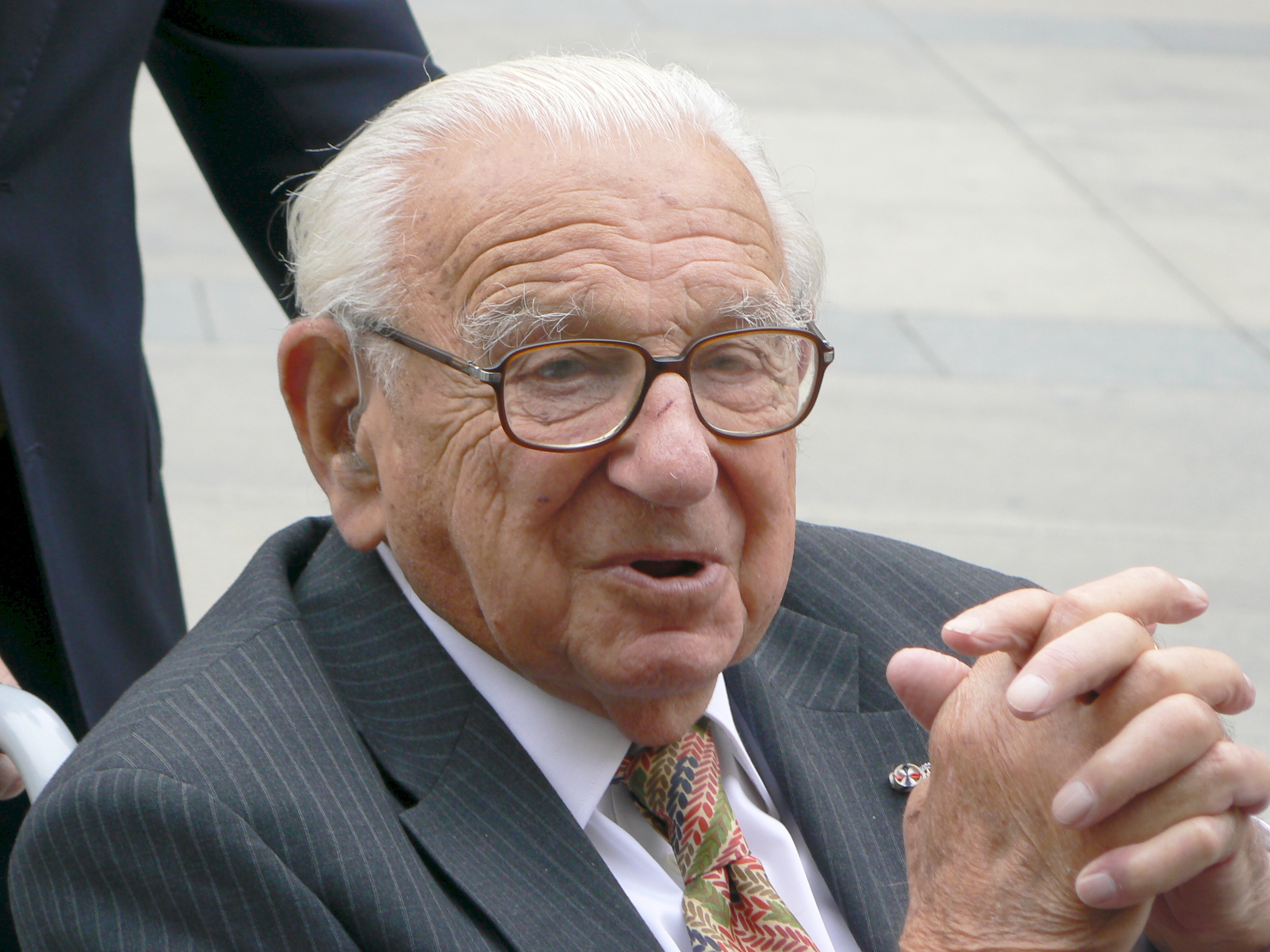 This week saw the passing of Sir Nicholas Winton, at the ripe old age of 106.

Stated simply, Sir Nicholas was a very great and righteous man. In December 1938 he cancelled a skiing vacation in Switzerland, and traveled to Prague to join a friend who was helping Jews flee Czechoslovakia in the wake of the infamous Munich Agreement.

Winton – an understated, urbane British stockbroker – was born in London to German-Jewish refugees who converted their family to Christianity, and changed their last name from Wertheim to Winton, to ensure smooth assimilation into British society.

Despite seeing himself as Christian, Nicholas was drawn to the plight of Czech Jews, and his hotel room in Prague became a haven for Jewish families seeking an exit route from mainland Europe.

The British government had just passed a law allowing any child under the age of 17 to enter Britain as a refugee, provided they had somewhere to stay, and that a £50 warranty had been securely deposited to pay for their eventual repatriation.

The law was aimed at Jewish immigrants who were already naturalized, enabling them to take in younger relatives who wished to escape the growing peril of Nazi anti-Semitism after Kristallnacht.

But Winton ingeniously used this law to create – single-handedly – an organization he called ‘Operation Kindertransport’. He used it as a vehicle to match Czech-Jewish children with both Jewish and non-Jewish host families in Britain – not their relatives – and he raised all the funds required to pay the sureties for each child.

The first eight months of 1939 were a frenzy of activity. Sir Nicholas worked together with a handful of like-minded activists in Prague and London, including Rabbi Dr. Solomon Schonfeld, the charismatic rabbinic head of a network of orthodox synagogues in London, who was himself involved in multiple attempts to save Jews from the Nazi threat.

All in all, Sir Nicholas Winton saved 669 Jewish children, including, as it happens, three of my father-in-law’s siblings. The vast majority of those children never saw their parents or families again, as they, along with most of European Jewry, became victims of the Nazi death machine. Had it not been for Sir Nicholas Winton, this would also have been the fate of the children he saved.

Incredible as it may sound, it is not for this reason that I consider Sir Nicholas to have been a very great and righteous man. On the contrary, I find it horrifying and inexplicable that were not hundreds, or thousands, of Nicholas Wintons, who, when exposed to the horrifying reality of Nazi brutality, did nothing to save Jews.

Sadly there are even stories of people – including Jews – who deliberately blocked attempts to allow refugees to flee Europe during that dreadful period.

No. The reason I consider Sir Nicholas to have been a very great and righteous man is because no one – not his wife, not his children, nor even the 669 children he had saved– knew anything about his role in Operation Kindertransport until many years later.

After the war began in September 1939, Sir Nicholas never spoke of it to anyone again. In 1940 he joined the RAF, and when the war was over he got married and conducted an eventless life as a financial director for various companies, and was a devoted suburban family man.

Indeed, had it been up to him no one would have ever found out.

But his humble anonymity was not destined to last. In 1988, his wife was rummaging through the attic of their home and she discovered a meticulously detailed scrapbook put together by Winton in 1939. It documented Operation Kindertransport in full, with names and photographs of each child, plus all the related correspondence, receipts, and other documents.

She decided to share the information with a friend, and the story ultimately ended up being featured on a popular TV show.

The producers of the show invited Sir Nicholas to describe his role in the rescue project without telling him that they had filled the studio with an audience made up of his ‘children’ and their families. In the final segment of the show, the presenter asked for any member of the audience who personally owed his or her life to Sir Nicholas to stand up, so that he could see who they were.

Dozens of audience members rose to their feet and spontaneously applauded the man who had saved their lives.

Throughout the program Sir Nicholas had been very composed and modest about his exploits, but in the face of this outpouring of gratitude he was suddenly, and for the first time, exposed to the profound impact of his efforts, and he began to cry.

In the Haftarah for the Torah portion of Balak, which is taken from the Book of Micah, there is a very strange reference to the story of Balak and Balaam (Mic. 6:5):

“so that you recognize God’s righteousness, remember what King Balak of Moab plotted to do, and how Balaam responded.”

This is a very puzzling verse. Surely God’s righteousness is demonstrated in countless other ways? Why would the episode of Balak and Balaam be the trigger that would prompt this awareness?

Perhaps the Nicholas Winton story can help us understand this bewildering quotation. Unlike all the other wonderful things God had done for the Jewish nation, from the time they were miraculously redeemed from Egyptian slavery, and during the entire forty years of careful nurturing in the wilderness, the episode with Balak and Balaam happened without any Jew being aware of it, and they were only informed of it long after it was all over.

The prophet Micah is telling us that true righteousness is when a benefactor takes care of you even though you are unaware of his benevolence.

It is this phenomenon that explains why Sir Nicholas Winton was a very great and righteous man. Zecher Tzaddik Livracha.

Photo by cs:User:Li-sung: Sir Nicholas Winton in Prague in 2007