THE ORIGINS OF A SEMITIC NATION 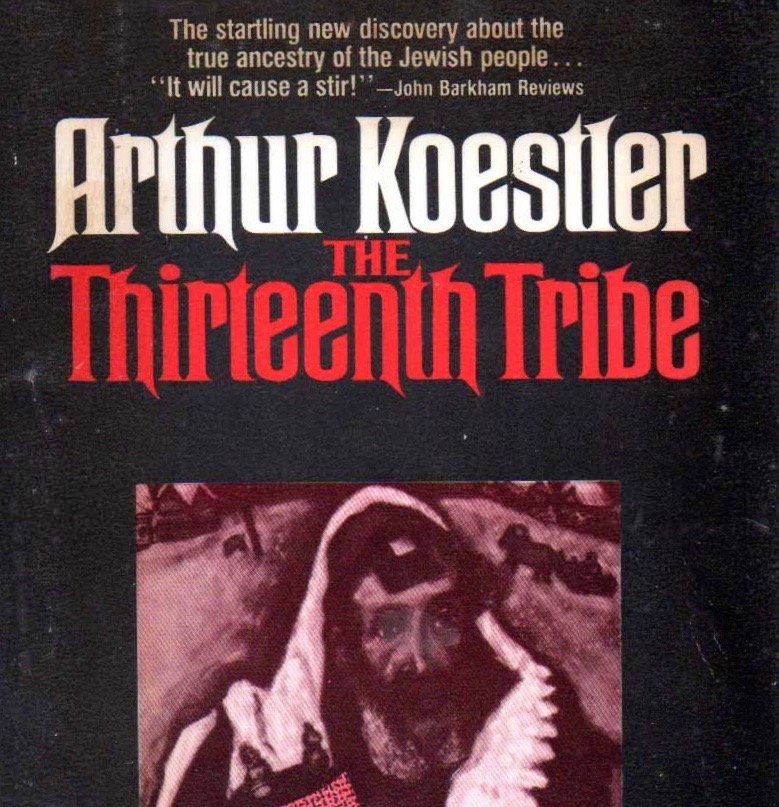 Without wishing to shock you in any way, I have a confession to make.

Apparently I and all other European Jews are not Jewish. I was reminded of this important piece of trivia earlier this week when I read that the acclaimed British Holocaust historian Professor David Cesarani had passed away.

In 2000 Cesarani wrote a fascinating biography of Arthur Koestler, the eccentric Jewish author and journalist. Koestler is famous for his numerous books and articles, and his advocacy for multiple idiosyncratic causes. He is also notorious for a book he wrote in 1976 called ‘The Thirteenth Tribe’ in which he suggested that European Jewry was not descended from Jewish antecedents, but rather from the Khazars, a mysterious Turkic group who apparently mass converted to Judaism somewhere between the eighth and tenth centuries.

To be fair, Cesarani trashed ‘The Thirteenth Tribe’ in his biography, but Koestler’s theory persists and is curiously propagated by anti-Semites. I say curiously, because if it is true that we are Khazars, it seems strange that anti-Semites would hate us. If Koestler was right, we are not Semitic. It is really quite confusing.

I found this particularly vexing during a week when it became clear that our battle against the haters of Israel has morphed into a battle about the legitimacy of Judaism.

It seems that even if we are Jews we have no claim to Jerusalem, because it is now claimed that there is no proof Jews ever occupied the Holy City or had a Temple there, despite thousands of references to Jews and their Temple being in Jerusalem in both the Hebrew Scriptures and the Talmud.

Now of course this nonsense would all be rather amusing if it wasn’t so deadly serious. What makes it particularly bizarre is that the increasing delegitimization of Jews and Judaism is so counterintuitive. It is also a completely new mutation of anti-Semitism.

Let me explain. Had you stopped a Crusader in mid-pillage, or an Inquisitor in mid-torture, or a Nazi in mid-extermination, and asked them: “where do Jews come from?” they would all have unhesitatingly answered “the Land of Israel.”

They may have despised Jews enough to kill them, but they knew their history.

When Zionism began to gather pace, not one anti-Semite ever suggested that the Jewish desire to return to the Land of Israel was absurd. The yearning for Israel was understood by all to be an axiom of Judaism.

When Chaim Weizmann’s first met Lord Balfour in 1906, Balfour queried the refusal of so many Zionists to consider Uganda as a potential homeland for Jews.

Weizmann quipped in response “supposing I was to offer you Paris instead of London, would you take it?”

Balfour understood immediately, and became a lifelong Zionist. In the famous declaration that bears his name, the 98th anniversary of which occurs this coming Monday, there was absolutely no equivocation about the authenticity of the Jewish claim to Palestine:

“His Majesty’s government view with favor the establishment in Palestine of a national home for the Jewish people, and will use their best endeavors to facilitate the achievement of this object.”

But Muslims just cannot accept it. In an insightful article in The Atlantic last week, I saw a statement that really grabbed my attention:

“what might be the actual root cause of the Middle East conflict [is] the unwillingness of many Muslim Palestinians to accept the notion that Jews are a people who are indigenous to the land Palestinians believe to be exclusively their own, and [that] the third-holiest site in Islam is also the holiest site of another religion, one whose adherents reject the notion of Muslim supersessionism.”

There is certainly no proof that they are descended from Yishmael, although they might be on the basis of something I saw in this week’s Torah portion:

Whatever “metzachek” means, it prompted Sarah to insist that Yishmael be banished from their home.

So what does it mean? What did Sarah see?

The rabbis of the Midrash offer several interpretations of the word “metzachek” and so do the later bible commentaries. It might mean that Sarah saw Yishmael involved in idol worship, or immoral behavior, or even murder. Or he may have been arguing with Yitzchak over their inheritance. Or perhaps Yishmael was acting frivolously and causing Yitzchak to drift in the wrong direction.

I would like to suggest something else. Perhaps Sarah saw Yishmael trying to out-Yitzchak his brother, and the word “metzachek” is the verb form for the name Yitzchak.

Yishmael realized that his brother was the favorite and he therefore attempted brazen identity theft to regain his status with Avraham. Sarah understood his game and exposed it, insisting to Avraham that he be evicted immediately.

Identity theft from Judaism is the hallmark of Islam, which is just a crude and more extreme version of our religion, with more prayer, more modesty restrictions, similar kosher laws, more stringent punishment than the Torah, and so on.

That being the case, Muslims might very well be descended from Yishmael. They are “metzachkim” – people pretending to be the ‘real’ Yitzchak.

Unfortunately, as we get closer to our final redemption, the urgency of their masquerade increases.