THE MEANING OF LIFE 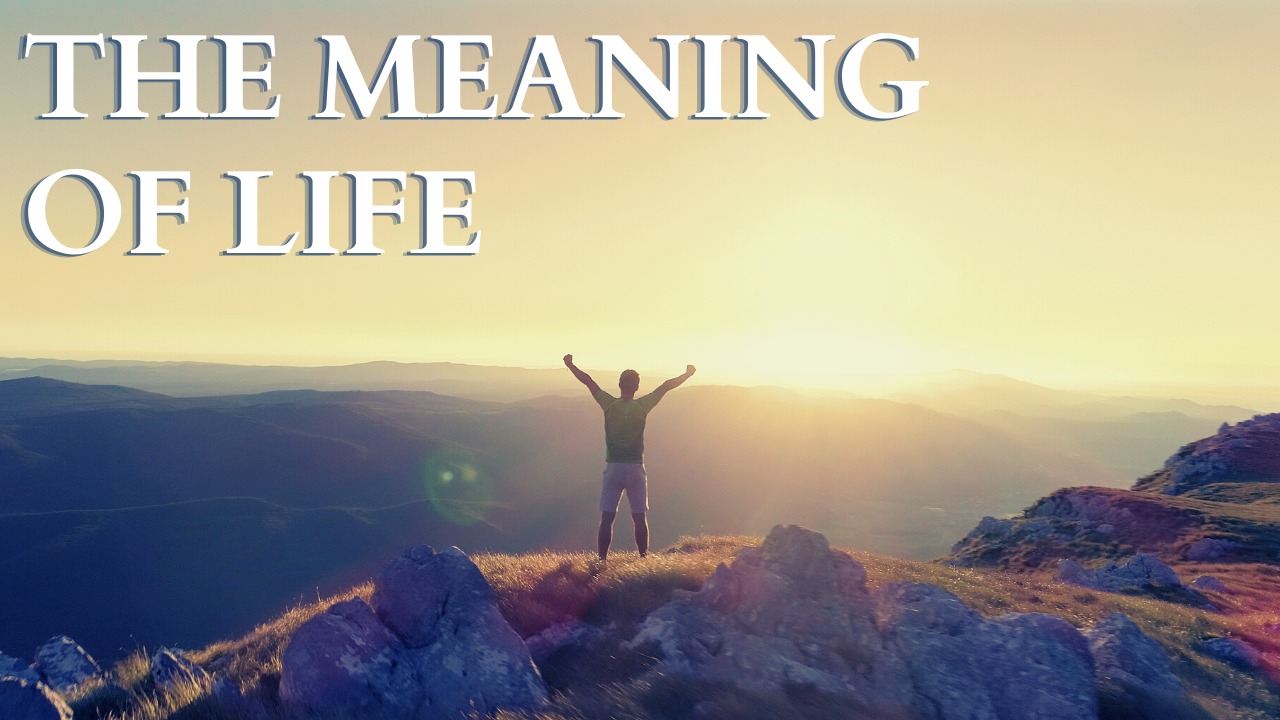 Earlier this week I read that Barbara Rickles had died at the age of 84. Her late husband Don – who passed away in 2017, and often used his wife as the butt of his jokes – was one of America’s best-loved ‘insult comedians’. A regular on Johnny Carson’s “The Tonight Show”, he was a fixture of the Hollywood showbiz circuit for decades. As he once said: “Show business is my life – when I was a kid I sold insurance, but nobody laughed.”

That quip always makes me chuckle, but it contains a powerful truth: there is a destiny which determines what we end up doing in our lives, and what it is that gives meaning to our lives. We might branch out and try other things, but in the end we must face up to the fact that the most comfortable fit for us is doing what we are best at, which often translates as what it is we have to offer to benefit others. Most importantly, what we do that satisfies this aspect of who we are may not always be the job which earns us the money we need to live, although it will certainly be the part of our lives that makes our life worth living.

Some people are blessed to find jobs and careers that check all their boxes, but truthfully, even the most fulfilling job leaves gaps, and those who allow their careers to become the totality of their lives will almost certainly experience a nagging vacuum at the heart of who they are – a feeling which only grows worse with time. Emily Esfahani Smith’s 2017 book The Power of Meaning: Crafting a Life That Matters made this elusive aspect of the human condition its central theme. Her thesis is simple: “Leading a meaningful life [corresponds] with being a “giver,” and its defining feature [is] connecting and contributing to something beyond the self.”

Smith expands on this powerful idea and offers a beautiful blueprint for creating meaning in our lives: “When people explain what makes their lives meaningful, they describe connecting to and bonding with other people in positive ways. They discuss finding something worthwhile to do with their time… no matter what occupies our days, when we reframe our tasks as opportunities to help others, our lives and our work feel more significant. Each of us has a circle of people—in our families, in our communities, and at work—whose lives we can improve. That’s a legacy everyone can leave behind.”

Judaism offers us a perfect role-model for this paradigm: none other than our very first leader, Moses. The Book of Vayikra begins with the following verse (Lev. 1:1): וַיִּקְרָא אֶל מֹשֶׁה וַיְדַבֵּר ה אֵלָיו מֵאֹהֶל מוֹעֵד  – “[God] called to Moses and spoke to him from the Tent of Meeting.” The Midrash on this verse points out that Moses had ten different names, only one of which was Moses, or “Moshe” in Hebrew. According to the Midrash, by calling out to him using his “Moshe” name, God was conveying the message that He would only address him by this particular name and by none of the others.

Curiously, the name Moshe is not actually Hebrew, rather it was the name given to Moses by Batya, the daughter of Pharaoh, when she rescued him from the river (Ex. 2:10): וַתִּקְרָא שְׁמוֹ מֹשֶׁה וַתֹּאמֶר כִּי מִן הַמַּיִם מְשִׁיתִֽהוּ – “She called his name ‘Moshe’ – for as she said: ‘since I drew him out of the water.’”

The great Hasidic master, Rabbi Shmuel Shmelke Horowitz of Nikolsburg, observes that for this Midrash to appear at this particular point in the Torah is rather strange. After all, this was hardly the first time God had addressed Moses using the name Moshe. At the very beginning of the Exodus story, during their very first encounter at the Burning Bush (Ex. 3:4), God called out to Moses and said ‘Moshe! Moshe!’, to which Moses replied ‘here I am.’ So why mention that the name Moshe is significant at the beginning of Vayikra?

Rebbe Shmelke cites a well-known and rather quirky Seforno commentary to explain this anomaly. According to Seforno, if one was being strictly grammatical, Moses’ name should not have been Moshe at all. If the reason for his name was that he had been rescued from the waterway – as Batya said: min hamayim meshitihu – his name should have been “Mashui”, which in Hebrew means “the one who was drawn out.” The meaning of “Moshe” is something totally different – it means “the one who draws others out.”

As a result of this grammatical mix-up, Seforno concludes that the Torah is sending us a message: because Moses was saved from certain death, he had a moral lifelong obligation to save others. In fact, for his life to have any meaning, he needed to constantly be “Moshe”. And while he may have been a very great prophet, and a very great leader – those were his day jobs, and the true purpose of his life could only be achieved by saving others, a purpose embedded into the name given to him by his rescuer, and preferred to all his others by God.

To which Rebbe Shmelke adds, that it was only at this moment in the Torah narrative – after the Exodus, after the Red Sea crossing, after the Mount Sinai revelation, after Moses saved the nation from God’s anger following the sin of the golden calf, and after the sanctuary was built – that this point could be made. Up to this point Moses was just doing his job, and now he could quite rightfully say: my job is done.

And it is for precisely this reason that the Midrash chooses this juncture to point out that life’s meaning, and all activities in your life that give it meaning, don’t end when your workday is over, nor do they end when your career has come to an end. Those aspects of your life that give it meaning, namely being there for others and helping them in their time of need, are constant – just as Moshe’s name indicated that his life’s purpose never ceased, even when his job was done.