THE LAW OF RETURN 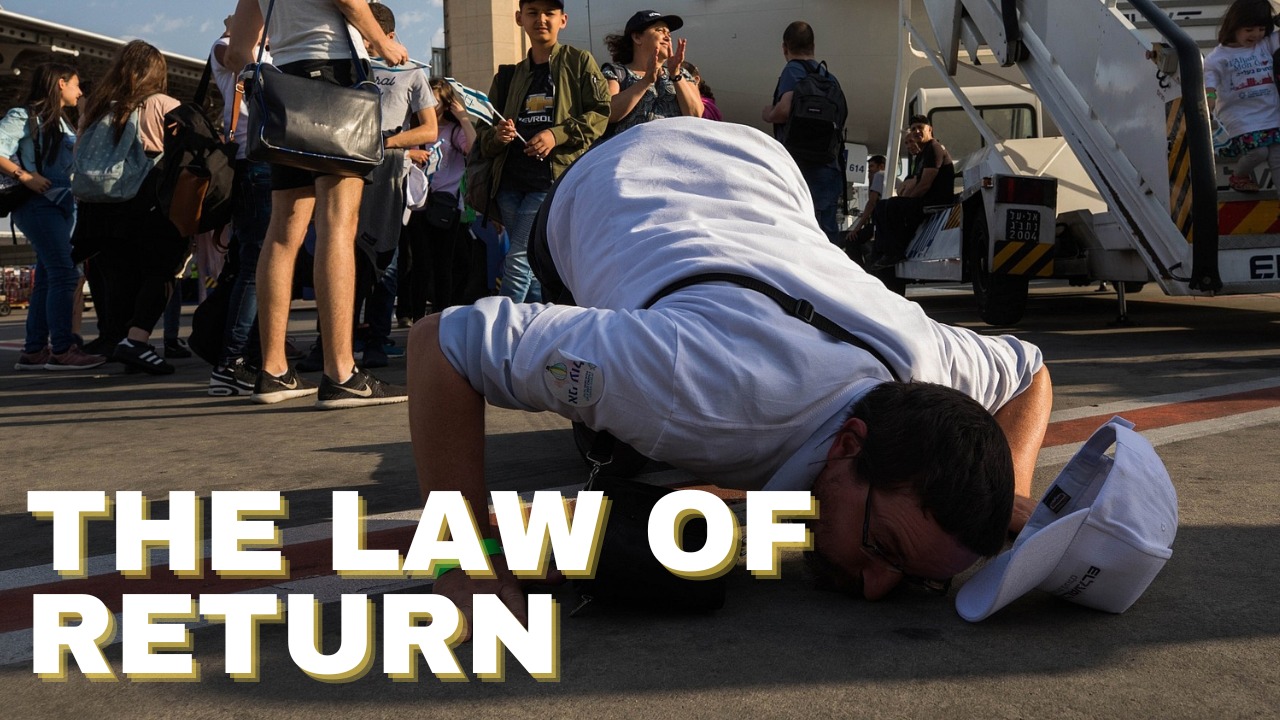 By anyone’s standards, the creation of the State of Israel is one of the most extraordinary events of modern history. Ahad Ha’am (1856-1927), a founding father of the Zionist project, cautioned early on against an accelerated campaign for a Jewish state because he feared that Jewish immigration to Palestine would never correlate to the needs and expectations of Zionism’s political aspirations, which was why it was preferable to have a solid population foundation before contemplating statehood.

Once Israel was established as a country, the floodgates were opened, and Jews came to the country in ever-increasing numbers. But whereas Jewish immigration had previously been the purview of non-Jewish authorities, after 1948 it was a Jewish government that determined who was entitled to come into Israel as an immigrant. And there was a whole new dimension – being Jewish meant you were automatically entitled to Israeli citizenship.

Initially, Jewish status was defined by halakha (Jewish religious law). The 1950 Law of Return enshrined the right of any “Jew” to be allowed the right to immigrate to Israel, and the default rubric was the religious laws that had been hallowed over centuries by guardians of Jewish tradition.

But that all changed in 1970, when the Law of Return was amended. From then on, anyone who would have been considered Jewish enough for the Nazis to murder as Jews was entitled to Israeli citizenship as a Jew. The conditions for a Jewish “right of return” were extended to include anyone with at least one Jewish grandparent, and anyone married to a Jew.

This widening of the net was adopted with the highest ideals in mind – namely, to accommodate Jewish immigrants escaping oppression in the Soviet Union, many of whom were from families that included gentiles. But it hardly needs to be said that this definition of “who is a Jew?” was and remains a far cry from the traditional classification of Jewishness.

Of course, the majority of those who have immigrated to Israel since its founding, even since 1970, have been Jews as defined by the millennia-old laws which have held the Jewish people together, even as every other aspect of Jewish existence militated against Jewish survival.

And these same prophecies illuminated the darkest moments of Jewish history, via Isaiah, Jeremiah and Ezekiel, all of whom predicted the miraculous return of Jews from every point on the globe to the land of their heritage – Israel.

No one can deny that the constant flow of Jewish immigration into Israel has been a modern-day miracle. Israelis – and every Jew around the world – love and cherish the immigrants, and feel grateful and blessed that so many have chosen to make Israel their home.

As for immigrants who don’t meet halakhic Jewish identity criteria, but have already become Israeli citizens, they should lovingly be brought closer to Judaism and then converted according to halakha. Indeed, this should be a primary priority for Israel.

But – and here is the rider! – there is no such thing as a blank check. Every country has laws on their lawbooks that made sense at some point in their history, but which no longer make any sense today.

From the 1970s through the 1990s, the needs of those seeking to escape the Soviet Union, and the dreadful mess that followed its collapse, were intense. But it is now more than 30 years since the collapse of the Iron Curtain – surely anyone who truly felt an affinity for the Jewish people and their country, so strongly that they sought to immigrate to Israel, has already done so.

Shockingly, over the past few years the percentage of immigrants relying on the grandparent clause has risen to over 50%. That number speaks for itself. Israel is no longer a country of refuge for immigrants escaping persecution, rather it has become an attractive option for those seeking economic betterment.

It is also a fact that many of these immigrants become citizens and then immediately move back to FSU countries while taking advantage of the benefits they receive as Israelis.

Those who voted for the 1970 amendment never imagined a scenario in which Israel’s economic status would become so attractive that gentiles would take advantage of it to gain Israeli citizenship. In 1970, with Israel still a struggling economy and surrounded by countries hellbent on its destruction, gentiles admitted into Israel under the amendment were few and far between. Fast forward more than 50 years, and everything has changed.

To illustrate the preposterous nature of this unintended loophole: it has now become possible for dozens of people from one family, none of whom have ever considered themselves Jewish, nor will they be considered Jewish upon arrival in Israel, to qualify for Israeli residence and citizenship simply because the family patriarch or matriarch, possibly already in their 80s or 90s, had a single Jewish grandparent – a grandparent who has been dead for half a century or more!

As a result, the entire extended family is granted an automatic “right of return”, along with their spouses and children – not one of whom is Jewish, or has the slightest interest in becoming Jewish. Which means that this is no longer a grandparent clause, it is a great-grandparent clause – and it is utterly absurd.

The continued flow of so many non-Jews into the “Jewish” state greatly complicates the demographic, cultural, statistical, and political landscape of Israel. According to Professor Sergio Della Pergola, an Italian-born Israeli demographer and statistician, in 2021 there were at least 18 million individuals around the world entitled to Israeli citizenship – with all the financial benefits that come with it – of whom a whopping 54% are not Jewish. Meanwhile, in FSU countries, that figure is much higher; the proportion of non-Jews eligible for aliya is 76%.

Like it or not, Israel has a duty to ensure the future of the Jewish people. The biggest tragedy for Israel would be if it had to endure the shocking rates of assimilation and intermarriage that are the norm for Jews outside Israel. Which is why, if non-Jewish immigration into Israel continues unchecked, the dangers that lie ahead for Jewish continuity are incalculable.

At the beginning of Parshat Vayechi, Joseph visits his father Jacob together with his two sons, Ephraim and Manasseh. At that fateful meeting Jacob gives Joseph’s sons one of the most powerful blessings of Jewish history – so powerful that the words of his blessing are used to bless Jewish children to this day (Gen. 48:20): בְּךָ יְבָרֵךְ יִשְׂרָאֵל לֵאמֹר יְשִׂמְךָ אֱלֹקִים כְּאֶפְרַיִם וְכִמְנַשֶׁה – “By you shall Israel invoke blessings, saying: God make you like Ephraim and Manasseh.”

Jacob was overwhelmed by the fact that Joseph’s children possessed such a powerful Jewish identity, despite having been brought up in an Egyptian palace surrounded by pagans. The biggest blessing anyone can have, Jacob said, is for their grandchildren to be true to the heritage of their grandparents – hence, “may every Jewish grandchild be like Ephraim and Manasseh!”

The current iteration of the Law of Return has it backwards. Rather than focusing on why grandchildren must stay true to their Jewish heritage and be a reflection of their ancestors, it totally dismisses Jewish tradition and identity as the most crucial component of Jewish continuity.

And that is why the “grandchild clause” must be scrapped at the earliest possible opportunity.

BY THE LIGHT OF THE MOON