THE JEWISH STATE MUST REMAIN JEWISH 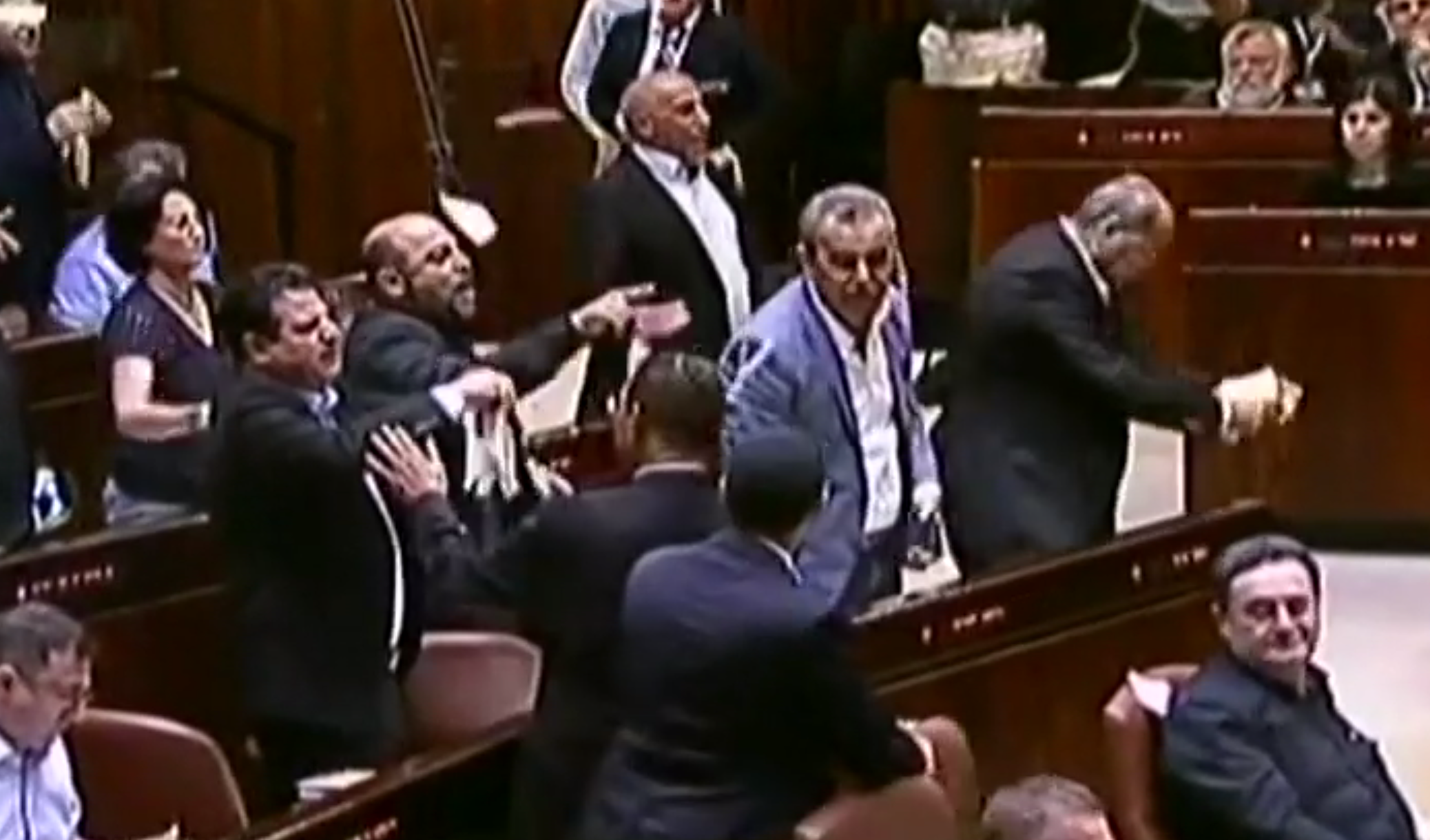 The world has reacted with outrage to the legislation passed this week in Israel that defines the country as the nation-state of the Jewish people.

The law – which has been labeled by almost every media report as ‘controversial’ – legislates Israel as the historic home of the Jewish people with a united Jerusalem as its capital, and proclaims the Jewish people to “have an exclusive right to national self-determination” in Israel.

“No mention of equality or minority rights” thundered CNN on its website, while the New York Times referred to the law as “contentious”, noting that its critics believed it to be “discriminatory, racist and a blow to democracy.”

Notwithstanding this hostility, and the hysterical reaction from Arab legislators in Knesset, along with the overeager condemnations by American Jewish organizations such as the Union for Reform Judaism, J-Street and the AJC, the facts are rather less exciting.

Even the New York Times admitted that “the law is largely symbolic and declarative.”

Since 1948, Israel’s Declaration of Independence has been superseded by a series of “basic laws” passed by the Knesset (Israel’s parliament), which can only be repealed by a supermajority Knesset vote, as opposed to a simple majority vote or a Supreme Court ruling. These laws are in lieu of a constitution, and in combination are considered the de-facto constitution of the State of Israel.

The thorniest issue of Israel’s identity has always been its Jewish character. The delicate, sometimes clumsy balance between a “Jewish” state and the preservation of equal rights for all its citizens has often been used as proof that Israel is inherently undemocratic, and favors Jews over non-Jews.

Until this week, attempts to regularize the day-to-day realities of life for the Jewish and non-Jewish citizens of Israel through legislation was purposely delayed so as to prevent the backlash we have seen erupt over the past few days.

But let’s get one thing straight – this law changes nothing. Israel was originally set up as a country where Jews could live without fear that the government or population would target them for their Jewish faith or ethnic origins. This objective was envisaged by Israel’s ideological father, Theodore Herzl, as well as by his many heirs.

In every period of history there have been countries who turned against their Jewish citizens, and the Jews have suffered everything from institutionalized discrimination to genocide, and all that lies in between. By establishing Israel as a country that has our backs, Jews simply reacted to the fact that no country had ever consistently protected our rights.

Although non-Jewish citizens of Israel have equal rights to Jewish citizens in terms of justice and economic or other benefits, those rights cannot ever include the possibility – however remote – that they might change the dynamic of the world’s only “Jewish” state so that its Jewish character, which is the only safety net we have, is undermined or worse.

What I find staggering, and incredibly hypocritical, is that the same people who lobby for a free Tibet, or for Native Americans, or indeed for Palestinian rights, are the very same people who are so critical of Jewish rights in our ancestral homeland, the Promised Land of Israel. And unlike the so-called Jewish organizations jumping over themselves to demonstrate their faux-democratic credentials, I am proud to say that I back this law wholeheartedly, without equivocation – and particularly during the days leading up to the Fast of Av, when we commemorate the tragic end of Jewish hegemony over our own country at the hands of the Babylonians and the Romans.

The Haftarah, the selection from the Prophets, which is read on each of the three Shabbatot between the Fast of Tammuz and the Fast of Av, reflect the mood of this period in our calendar – a time of mourning for the destruction of our Temples in Jerusalem and the final removal of Jewish control over our national affairs.

On the Shabbat prior to the Fast of Av we read the first chapter of the book of Isaiah. Intriguingly, the prophet mentions Sodom and Gomorrah twice, although the second reference appears to contradict the first.

“Had God not left us a remnant, we would be like Sodom, we would resemble Gomorrah,” Isaiah begins (1: 9), referencing the complete destruction of these two cities during the patriarch Abraham’s lifetime (Gen. 19). Fortunately, God did not consider the Jews to be like those two wicked cities, Isaiah seems to be saying, quoting the national sentiment, otherwise the Jewish nation would have been utterly obliterated.

And yet, in the very next verse, Isaiah refers to the Jewish nation as “rulers of Sodom” and “people of Gomorrah.”

The Talmud quotes R. Yosei, who says: “never open one’s mouth to Satan” – one should never speak of one’s own demise, as this might very well create circumstances in which this demise occurs. We derive this principle from the two verses in Isaiah. The first infers that the nation believed they deserved to be destroyed like Sodom and Gomorrah, and by the time we get to the second, Isaiah addresses them as Sodom and Gomorrah.

The Talmud explains that by comparing themselves to those evil cities, the Jews gave the prophet an opening to endorse that comparison.

The Talmud is teaching us how to stand up for ourselves, by telling us how we can affect reality in the way we project our image. When we diminish our identity and don’t fight for our rights, we can be sure that our enemies will be in full agreement.

Those who succumb to the pressure on Israel to “democratize” by criticizing Israel’s decision to enshrine the primacy of Jewish identity into the fabric of Israel’s constitution, are guilty of pushing Israel into setting itself up for its demise.

So many have fought so valiantly for Israel on every stage and in every setting; the least we can do is protect our country from the insidious fate our enemies dream of, by formalizing our right to be in control of our own land in perpetuity.