THE INCREDIBLE ENDURANCE OF CAUSELESS HATRED 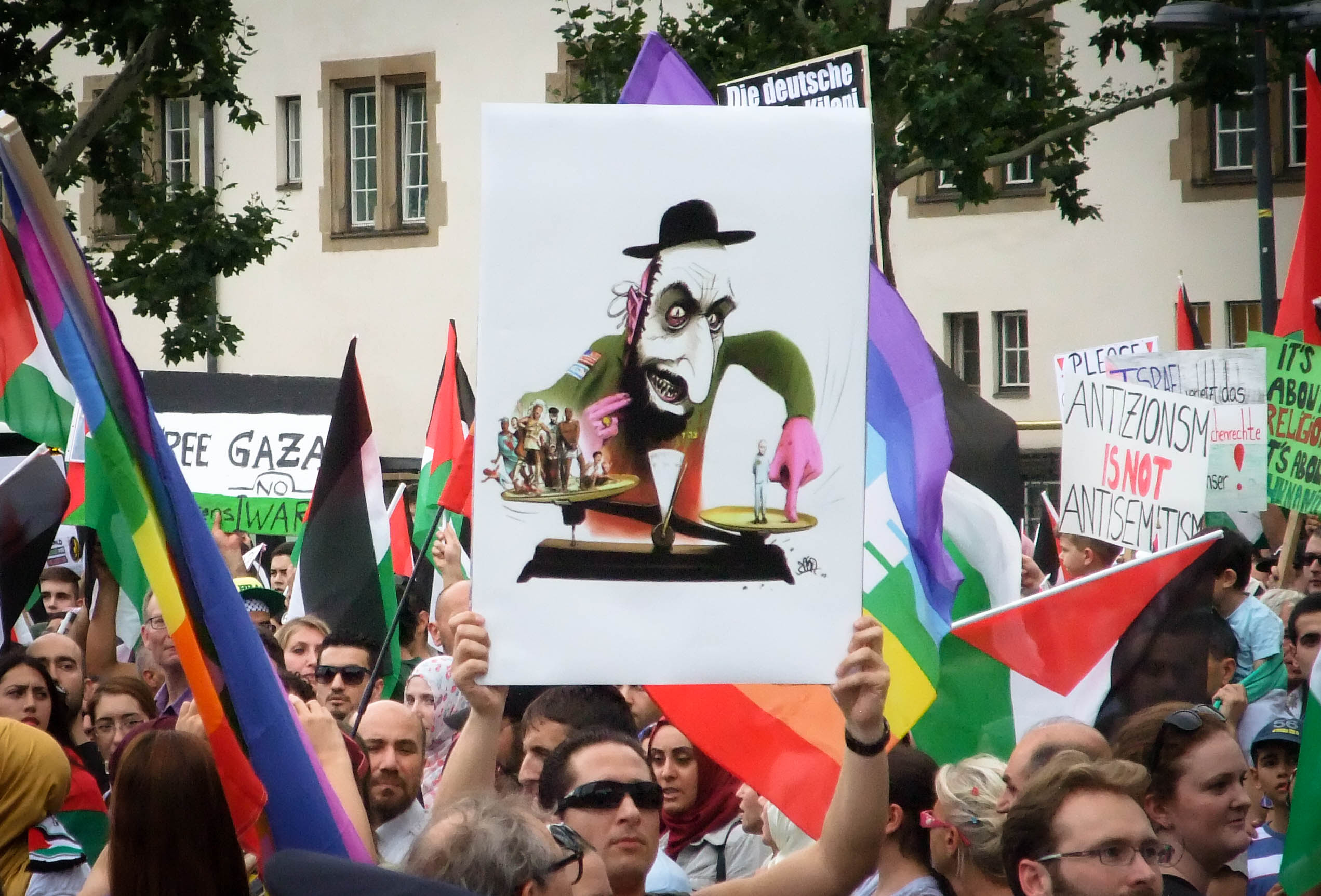 With a ceasefire abruptly agreed to earlier this week, the world has finally turned its attention away from Israel and Gaza – at least for the moment – and is now focused on other things.

A double tropical storm in Hawaii. An outbreak of the deadly ebola virus. Oh, and an attack by the Iraqi air force on a Sharia court controlled by ISIS, in which 60 people died, many of them civilians.

Did you miss that story? Did you also miss the story about 40,000 Yazidi refugees fleeing their villages on Mount Sijar in northeastern Iraq, to escape certain death at the hands of bloodthirsty ISIS militants? Apparently, Yazidis practice a religion that melds Christianity with Islam and ancient Zoroastrianism — whatever that means. In any event, according to ISIS it makes them heretics who must choose death or conversion, if they fall into ISIS hands.

The reason you are missing all of this stuff is because the media barely reports it, and there are no emergency UN Security Council sessions to call for an immediate ceasefire, and the US government and western governments are silent on the subject, and – remarkably! – there have been no demonstrations anywhere calling for the downfall of ISIS.

What seems particularly jarring about all this, is that the civilians under threat, or who are dying, seem remarkably similar to the ones in Gaza, who found themselves caught in the crossfire between Israel and Hamas. How are we to understand this hypocrisy?

In fact, the most arresting aspect of these past weeks was that the animosity against Israel inexplicably expanded to include all Jews. Earlier this week school children on a bus in Australia were accosted by thugs threatening to slit their throats. Last week, mobs in Paris ransacked the Jewish area howling “death to the Jews!” And Newsweek ran an article titled “Exodus: Why Europe’s Jews Are Fleeing Once Again.”

And so it goes on. How is it possible that the world is so blind to its own double standards, and how can it be that all Jews are being scapegoated and vilified for Israel’s actions in Gaza? Can you imagine a Muslim being attacked for the ISIS treatment of Yazidis? The very same demonstrators who attack Jewish property would utterly condemn an attack against a Muslim in protest against ISIS.  Meanwhile, in the Israel-Gaza situation, the IDF is legitimately protecting their nation against murderers intent on killing them, while ISIS is clearly a vicious Islamic group with a lust for murder?

On Tisha B’Av, we all sat on the floor at the synagogue and heard Lamentations being chanted – five chapters of mourning that describe the devastation that accompanied the destruction of the Jerusalem Temple.

The Hebrew name for the Book of Lamentations is ‘אֵיכָה’, which actually means “how?”, not “lamentations”. This, the true title, indicates that the entire episode of the Temple’s destruction, notwithstanding our sins and misdemeanors as a nation, is completely inexplicable. The suffering of the Jews in ancient Israel seems totally out of proportion to any wrongdoing on their part. ‘How’ can the excessive mistreatment of the Jews at that time, and ever since by the nations of the world, ever be explained?

The Talmud teaches that the Second Temple was destroyed as a result of a causeless internecine hatred that permeated through the Jewish nation at that time. The Talmud gives us some narrative examples of the prevalent hatred, but never goes into the exact details of its definition, nor does it offer advice how we can avoid falling into the same trap. And yet we must conquer and reverse causeless hatred if we are to get our Temple back. So what exactly is it?

I believe it can best be defined as a hatred that is out of all proportion to the reason that prompted it. It is a hatred that includes things and people that have nothing to do with its cause. It is hatred that transcends group affiliation. These are the hallmarks of the kind of hatred that caused our Temple’s devastating destruction, and these, ironically enough, are the hallmarks of the world’s most enduring hatred, anti-Semitism, a revulsion against Jews that is out of proportion to anything any Jew may have said or done.

If anyone else does those things, they never become the subjects of such animosity. Moreover, anti-Semitism is directed against all Jews, even if it was only one Jew, or a particular group of Jews, who stimulated the reaction. The weirdest element of anti-Semitism is the broadness of its tent. Radical Muslims stand alongside extremist Catholics and progressive atheists, while White Supremacists align themselves with vicious fascists. How that works for all of these groups, I have no idea, but it helps us to understand the malicious power of causeless hatred and how hard it is to conquer.

The only antidote to causeless hatred is causeless love. On the basis of the evidence, it is clear that this can only mean that we must show warmth and tolerance to people well beyond our immediate group, in a way that is disproportionate to any logic. With the world’s reaction to the Gaza War this past Summer, we have just been given a reminder of the negative effect of causeless hatred. Within our own wider Jewish comminity, it should prompt us to bury our differences with each other, and to learn to love and respect one another.

Causeless love has to be our primary goal. Failure is not an option. Our future literally depends on it.

Photo: Antisemitic poster displayed at a pro-Palestinian demonstration during the Gaza War of 2014, in Stuttgart, Germany (Public Domain)